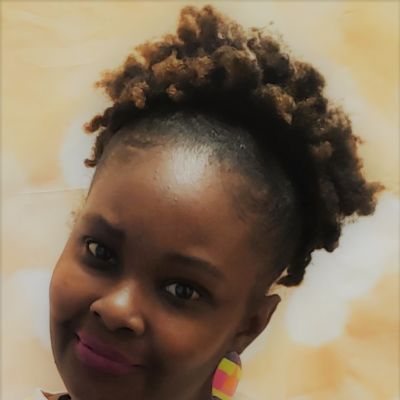 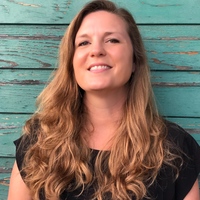 Most religion and spirituality writers tend to charge low prices. You can expect to spend 5 cents to 10 cents per word. The price can change significantly, though, when you find a famous writer who has published multiple high-profile articles or books. You don’t need a celebrity for good content, though. A pastor, priest, meditation guide, or other professionals can write compelling content for your site.

You can hire a religion and spirituality writer by browsing the profiles on a writing platform. The best writing platforms vet their members by having them complete tests and provide portfolios. Writers don’t get to create profiles unless they stand out as an excellent addition to the team. Search the platforms for the profiles of vetted religion and spirituality writers. Read their client reviews and writing samples to choose someone who fits your needs.

If you think about hiring a religion & spirituality writer, then you should give it a chance. Most writer platforms will let you test their services for free or at very low prices. If you decide that you don’t need the content, then you don’t have to order more work from your writer. Then again, you might discover that the writer connects to your audience and attracts more people.

Many people choose to hire religion and spirituality writers who share their faiths. Other clients discover that they have a lot in common with members of other religions. Hiring someone from outside of your faith can provide a unique perspective that your readers enjoy. You don’t have to hire the same person for every project. Hearing from a different voice from time to time is refreshing, though.

Elizabeth Trach
Hire Elizabeth T
Elizabeth Trach is a professional writer with experience writing online catalog copy, video scripts, press releases, landing pages for home decor and construction company websites, and how-to articles on dozens of fresh DIY topics. She is an expert blogger with a knack for breaking down complex topics into friendly, easily-digestible posts. With a Renassiance woman's interest in all forms of creative expression and human interest, she loves to dig into research for her writing projects. Her broad knowledge base elevates her work for clients and makes their projects sing. Elizabeth holds ...
Customer Ratings:

Jo Ellis
Hire Jo E
Jo is a Professional Writing and Communications graduate who writes clearly and concisely with a fierce command of grammar. She grew up in Darwin, Australia and wishes she could say she wrestled crocodiles before breakfast but the truth is they really freak her out. She's happiest writing about entrepreneurship, online marketing, small business, and startups, but is fairly versatile, especially in the lifestyle space.
Customer Ratings:

Why hire a religious landmarks writer?

Religious landmarks are an essential part of all sorts of different belief systems across the world. From Christianity to Islam to Buddhism to Hinduism and everything else in between, each religion seems to regard certain sites as holy and makes sure to treat them with the utmost respect because of their significance to their faith.

No matter if it's the importance of the city of Jerusalem to Jews, Christians, and Muslims or the significance of the Mahabodhi Temple to Buddhists or some other well-known religious landmark elsewhere on Earth, tackling the subject of religious landmarks is no easy task simply because of the sheer number of them globally.

To properly and respectfully cover all the bases of religious landmarks, your strongest option is to hire a writer with the proper knowledge of them. Hiring a religious landmarks writer will ensure that your content remains accurate, well-researched, and as comprehensive as possible. Our acute need was for a dramatic quantity of high-quality content, written for a sophisticated medical audience. We were lucky to have been matched with Scripted, whose adherence to quality exactly matched our needs. We've been working with Scripted on about four blogs per month for the past 12 months. As the writers and Scripted have become familiar with the brand and the way we work, they have been a great partner and delivered fantastic content.
The adidas blog has seen growth month over month. As an agency, we manage our own blog plus several client blogs. That means we always have a lot of posts in the works. Scripted helps us to make sure we deliver quality writing on time.
In the past, we produced content either in-house or with freelance writers. Scripted has been much more reliable, and the writing quality on Scripted has been consistently strong. Using Scripted allows us to increase the frequency of our posts, and it's also a great forcing mechanism to plan in advance and pull together the topics and assignments for the upcoming month as well. It's a good forcing function as well just to make sure we're looking in advance at upcoming holidays or upcoming change.
I think the quality is excellent. I was incredibly impressed. I thought that the writers found the fun voice, and I think there was a consistency across all the blog posts. I was particularly overwhelmed with a lot of work here at Eventbrite, so I didn't have a ton of time. It took very little effort on my end to work with Scripted and their account management service. My account manager made it really easy and straightforward for me -- using Scripted definitely saved me time and energy.

We use Scripted as an extension of our team and use the various services Scripted provides to supplement our research. The biggest benefit of Scripted is having access to a whole group of writers who offer a different perspective that makes our topics and ideas much greater in writing. What Kind of Religion & Spirituality Content Can You Order?