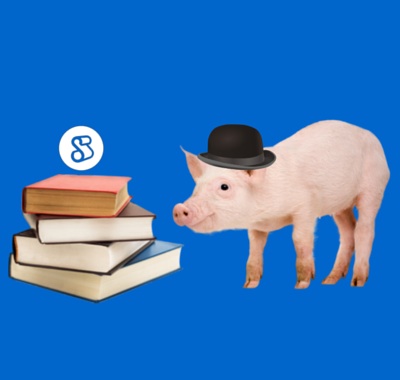 You asked. We answered. Scripted is now offering all written content in Pig Latin.

At Scripted, we know content marketing is about building a relationship with people around the world. Country borders mean less than ever today, as discussions happen in real-time through the Internet. As that happens, the importance of localization can't be overstated. To reach the biggest possible audience, content must be readable across nationalities and languages, which is why we believe Pig Latin is the universal language of the future.

We're so excited to officially announce that Scripted will be offering all content types in Pig Latin starting tomorrow, April 2.

More than 800 million people natively speak a romance language. That's a tremendously large and underserved market. Also, translating content into each language adds costs that are simply too high for many small businesses. After all, good translation is a must, and good translations take time and cost money. According to our research, we've found that there is a big demand for articles, blog posts, white papers and more written in Pig Latin. It's cost-efficient, easy to learn and has the potential to unite countries around the world.

What if there was a language that could be used all over Europe? Throughout the Americas and in parts of Africa? That would reduce the cost of localization, giving businesses with small marketing budgets a lot more potential exposure. Pig Latin is the solution.

It's shared base as a Latin derivative makes it readable to those who speak French, Spanish, Italian, Portuguese and Romanian. This makes it a much more valuable alternative to individual translations, particularly for breaking into European markets where many citizens are multi-lingual. It also acts as a bridge to American consumers, many of whom became familiar with Pig Latin during childhood.

Given the value of using Pig Latin to produce content, we couldn't be more excited to extend our service offerings to include this unique trade tongue. With our unique Pig Latin content, you can publish articles without worrying about language barriers.

What do you think about our latest offering? Share your thoughts with us in the comments section below.

Announcing Scripted Foundation: Why We're Writing for Good
What Makes a Good Editor? Some Insights From Our Editor Test
Everything You Need To Know About Building A Content Marketing Team
Published by Nicole Karlis on Wednesday, April 1, 2015 in Scripted News.