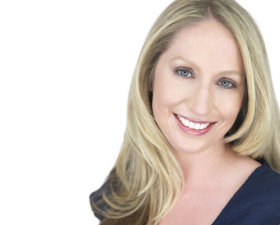 Scripted.com interviewed LearnVest's editor-in-chief Carrie Sloan about how they developed a successful content strategy, what it takes to gain trust from a target audience and why personal stories can be the most compelling ones to tell.

Even a Harvard educated woman felt like she didn't have a good grasp on her personal financial situation. LearnVest, a financial planning service for women (think Weight Watchers for budgeting), is the brainchild of Alexa von Tobel. She got the idea to create the money management platform while she was attending Harvard Business School and realized if she's uneducated in personal finances, so are plenty of other women. The startup has successfully become a thought-leader in the finance industry -- and in part due to their very successful content strategy.

See also: How to Create an Effective Editorial Calendar

Carrie Sloan, VP and editor-in-chief at LearnVest, joined Alexa in the beginning stages and has since built the company into a newsroom that publishes between three to seven articles a day -- with 50 syndication partners in place, including Forbes.com, The Huffington Post, The Wall Street Journal and more. Scripted.com got in touch with Carrie to find out more.

Scripted: Your title is editor-in-chief, but can you go into more detail about what your responsibilities are at LearnVest?

Carrie: I'm responsible for all content creation for the brand, as well as for the voice, because we're the people who speak to our readers every day, know what they're thinking, what they're worrying about, and what they most want to learn about personal finance.

Scripted: How did you initially approach your content strategy and finding your audience? You mentioned developing a voice, which is really important and something we feel like you've done really well.

Carrie: I think what's different about LearnVest is that we think that personal finance is personal. We know that it's not just about dollars and cents, but it's so much about the emotions and the psychology that underlie it. I would say that some of us know what we should do with our money. Some of us don't and are still learning, but even once you do know it's so hard to do the right thing.

We found that personal essays in particular, and people talking about their money journeys and the triumph of paying off debt or sailing off the course in terms of their personal finances, are the pieces that resonated the most with readers. As we've seen what readers really respond to, we've tweaked our content strategy to create more of that.

Scripted: How do you find those personal stories?

Carrie: There's such an outpouring in the comments that I would say about one in five personal stories in particular come from a LearnVest community member writing in or leaving a comment, and we reach out to them and say, "Hey, would you like to tell your story?" It's really stories begetting stories.

See also: The Importance of Storytelling in B2B Marketing

Scripted: In the beginning, what was the most important part of your content strategy?

Carrie: Tone was the most important thing, because there are a lot of people who write about money.

What we wanted to be was an authority. We had certified financial planners who do financial planning. They'll give you a seven-step process for how to get every nook and cranny of your financial life in order, but we also want it to be helpful, relatable, and inspirational -- cheering people on, rather than tsk-tsking them for what they hadn't done yet.

Scripted: How did you grow your audience and community organically? Would you say it was through becoming an authority?

Carrie: I think being an authority helps. People aren't going to keep reading the content if it isn't engaging and it isn't accurate, but in terms of actually growing the audience, the single best model that I can point to is syndication.

As little as two years ago, LearnVest content went out in a newsletter to our audience -- which was growing, and growing organically -- but we also put in place syndication and business development deals. Today, we went from having 4,000 referrals -- outside newbies coming to the site -- per month. Now we have 150,000 per month.

That's because the content is living on sites like Forbes.com, Daily Finance, The Wall Street Journal, New York Magazine, Huffington Post. We have about 50 different syndication relationships in place now.

Scripted: How long did it take to syndicate your content with those publishers?

Carrie: Alexa actually hired a dedicated position to grow that network. Karim Naraghi is our Vice President of Business Development. In the beginning, he focused on putting those deals in place. I think it's taken about a year or two to really have successful, flourishing relationships and trust built up.

Scripted: Would you say it took a year or two before you saw significant results and growth, and building your audience?

Carrie: I would say in syndication it took that long. I think that there already was an audience for a lot of people like Alexa, who were educated, but not educated in terms of their own money, so we did have a strong readership from the beginning. I think because of her profile, and the amount of publicity that LearnVest got. But then, in terms of making inroads with other publishers and really building that network, that took about a year or two.

See also: How to Find Your Audience Through Surveys, Social Media & Events

Scripted: What part of your content do you think is most valuable to your readers now?

Carrie: It's the personal stories of seeing how other people are struggling with money, or how they're making progress on money. People want to know how other people did it. The other thing that I can point to is content that let's you compare and contrast. For example, we did a story, "What's your retirement number?" It's how much real Americans spend, and what they have saved for retirement.

There's something about seeing those numbers in black and white, and thinking about your own account balance, that's really engaging for people.

Scripted: We're curious what metrics and measures of success are most important to you?

Carrie: We work very closely with our sales department. Typically, our interests align very well. For example, LearnVest just did co-branded research with Chase on The American Dream 2.0, in what does the American dream look like today, and how are people defining it? What we'll do in that case is actually work with the market research agency, and do an entire research study, and then publish content, based on the results. That's the partnership that we'll enter into with a sales partner.

We only write organically about the things that LearnVest would write about. But luckily, in the financial space, we're all asking the same questions, and wondering the same things.

Scripted: Sponsored content is driven by sales. Would you say that there's a defined line between that and the content you create for your audience and readers?

Carrie: Yeah. There are two different types of content that we do. One is a campaign that Chase Blueprint would sponsor, which means they're running ads on the site, and they're sponsoring 20 stories about the American dream, and what it means today.

The other type is when we're doing more of an advertorial email, which would be a different type of sponsored story. That's where it clearly says, "This is a LearnVest bonus email, and it's a marketing tool." Everything else that we publish is pure editorial.

Scripted: Where do you get your story ideas from?

Carrie: Funny you should ask. We actually have an ideas meeting every Friday. We encourage everyone in the company to send their ideas. What's amazing is our accounting department, I think, has sent 25 ideas in the past week, because we're coming up on tax season.

The other thing that I tell our editors that's been really useful is, I'm a big fan of "in the air" ideas. What do you overhear somebody talking about in the subway? When you go to brunch with your friends, what are the money issues that they're talking about?

And, because we don't want to just write for our immediate friends, family, and neighbors, I'll give them an assignment to go out and talk to someone who is 20 years older than them, or in a different life stage than they are, and say, "What are the three things that they're most worried about, financially?" So we make sure that we're addressing the topics that are really what are keeping people up at night.

Scripted: How do you approach the management of your writing team?

Carrie: There are two aspects to this. One is our editorial team. The editorial team is set up. We have me, an Executive Editor, two Senior Editors, an Associate Editor, and two Editorial Assistants. But then, outside of that, we have the 50-100 freelance writers.

When I say 100, that might be somebody who comes up and says, "You know what? I have one personal essay to write about personal finance," and then they'll go away. At the same time, we have our core contributors, who are contributing maybe five stories a month, and we know we're going to strengthen and build the relationship with them.

Scripted: I'm sure you receive so many pitches a day. How does one pitch stand out from the others?

Carrie: I think when people actually take the time to craft a pitch, that's when it really stands out. If you're pitching someone for the first time, the advice I would give to a writer is give me the specific subheads and the details, and tell me what's new and different about your pitch. I think it's the specificity and the ready details of the pitch that make it stand out.

Scripted: Last question for our writer community, what do you look for in a writer?

Carrie: Someone with original ideas, of course. I'm always looking for personal finance, personal essay ideas. Did you just first start managing your money at age 25? Did you dig yourself out from under $50,000 in debt? Are student loans the thing that keeps you up at night? All of those stories.

I'm looking for someone who's quick, because it is an Internet publication. It's not a magazine where there's a five-month turnaround time. But mostly, the best example I can give is that, one of the editors said to me today, "I love working with this writer. She's so great on the edits. If I go back to her with really specific questions, she always delivers."

How has content helped you reach your audience? Share your story with us in the comments section below.


How Small Businesses Can Use LinkedIn's Publishing Platform
How to Make Sure Your Content's Quality is Suitable for Google News
How to Use Twitter for Customer Service
Published by Nicole Karlis on Wednesday, November 6, 2013 in Content Marketing, Interviews, Audience Development, Interview.