A Crash Course on the History of Blogging 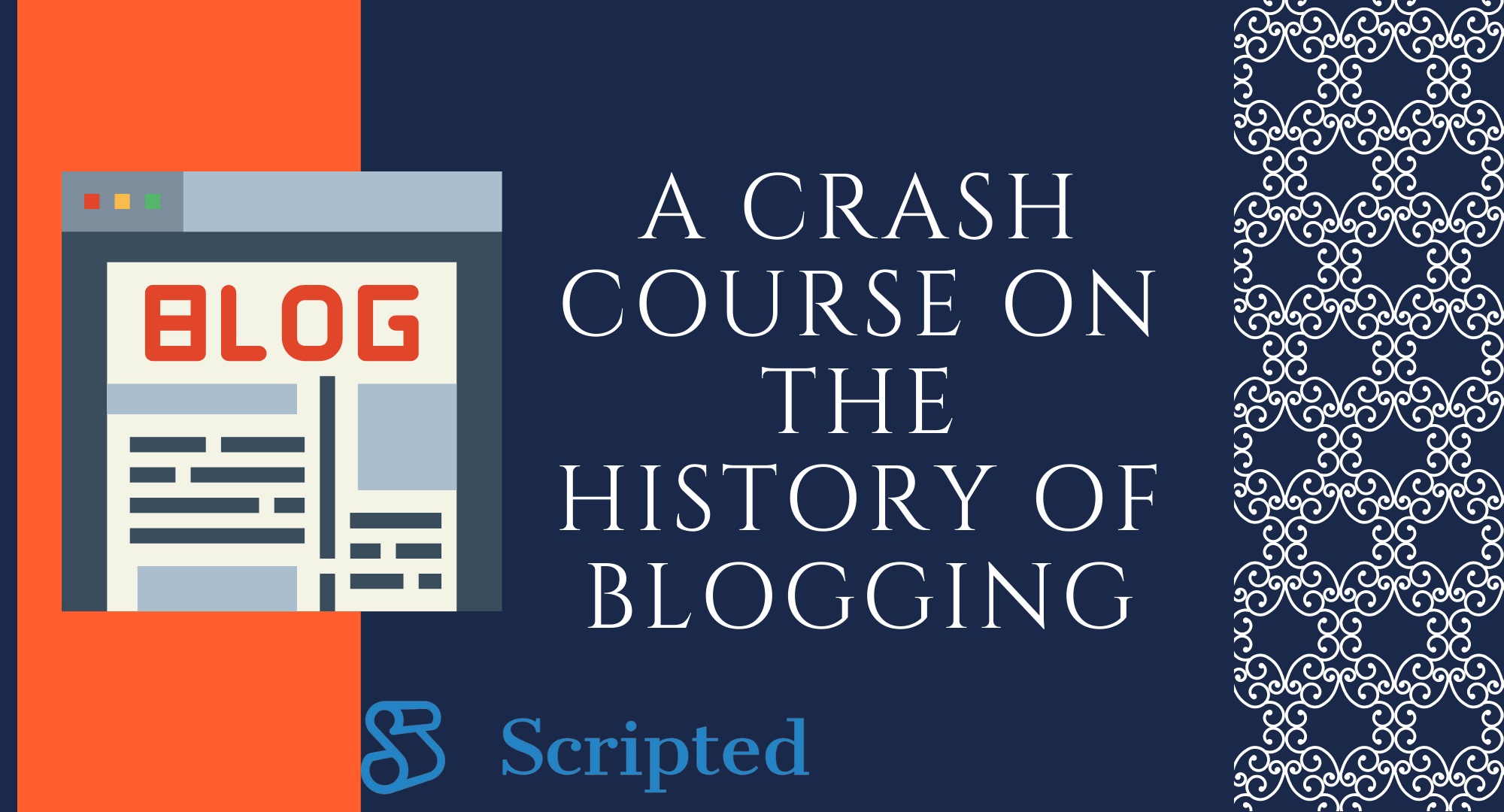 Modern blogging — or "weblogging," as it was originally known — may not seem like a very old practice, but its origin can be traced back to the '90s when early coders created some of the world's first websites. Here's a look back at the intriguing history of blogging as we know it today, along with some valuable insight regarding the overall development of the World Wide Web.

Where Did Blogging Begin?

The exact origin of the first blog is continuously disputed, and that's thanks to a general lack of online record-keeping. That means most of the original blogs are nowhere to be found, with some others buried in archives. Still, the lack of certainty hasn't prevented anyone from making guesses about who modern blogging can be attributed to.

One of the people lucky enough to be included in this speculation is Jorn Barger, who created the notable blog Robot Wisdom back in 1997. He also coined the term "weblog" before anyone used the word "blogging." He used the term "weblogs" to describe the act of "logging the web" on what is now one of the earliest known blogs ever to exist. Of course, old blogs like this one are a far cry from the blogs we know today.

While today's blogs vary from one topic to the next — with some getting extremely niche-specific to discuss everything from crocheting techniques to a blog that illustrates typos found in Tweets — the web's first blogs didn't enjoy variety or sheer randomness. Rather, early blogs were called "weblogs" by people like Barger because they served just that purpose: creating a log of the web.

The fact that "weblogs" were the standard for many years often fuels the controversy over who deserves to be crowned the first blog author, but many assign the title of "father of personal bloggers" to Justin Hall thanks to his "personal homepage." Unlike weblogs, but akin to modern lifestyle blogs, Hall created his homepage in 1994 during his time at Swarthmore College. You can still visit the archived website at Links.net today and step back 27 years to relish in the '90s layout and imagery, and read the chronicles of Hall's life, which he has continued to update with major milestones.

In truth, no one person can be credited for "inventing" blogging because the history of blogging is long and winding. Like most milestones in history, modern blogging developed through similar, yet unrelated, independent pursuits, which gradually helped mold future creations. Over time, they led to the creation of "blogging" as we know it.

The First Platforms in the History of Blogging

The concept of "weblogs" or online diaries gained popularity throughout the '90s and beyond, with particular thanks to the college students who picked up the practice and helped work it into pop culture. By the end of the '90s, this had led to an increasing pool of resources for people who wanted to blog. Easily one of the best of those resources developed during this time period was Open Diary.

Open Diary was one of the first blogging platforms and one of the most influential. Its launch in October of 1998 suddenly opened the doors of blogging to many more people and helped expand the community of open blogging beyond college students and tech-savvy people. It was also the first platform of its kind to offer a membership model, which allowed Open Diary members to comment on each other's online diary entries.

By the following year, "weblog" had officially been shortened to the term blog (according to Merriam Webster, this was the first known use of the word). This shortening marked a significant moment in the history of blogging, and it's thanks to Peter Merholz, a programmer at the time who has since acted as the head of design for JawBone, OpenTable, Groupon, and countless other popular websites.

The growing use of the term "blog" coincided with the launch of many other blogging platforms, each vying for a slice of the growing blogger community. The list included LiveJournal and Blogger, with the latter later being created by Pyra Labs and later being acquired by Google.

As we entered into the early 2000s, blogging as we know it continued to develop. Five years before YouTube launched, many credit the first-ever video blog (or "vlog," as they're now known) to Adam Kontras, who posted a video update alongside a blog post in January 2000 to tell his family and friends what he was up to. Some months later, another contender for one of the first-ever vlogs was posted by Professor Adrian Miles. 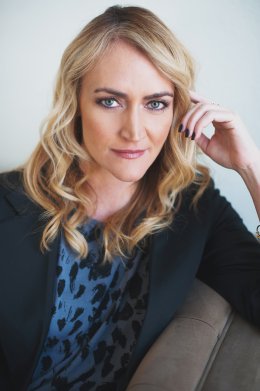 In February 2002, Technorati launched one of the first-ever blog search engines. That wasn't the most significant or memorable thing to happen that month in the history of blogging. Stories focused on female blogger Heather B. Armstrong instead. In a decision that made headlines, Armstrong was fired that month due to things she had published about her colleagues on her personal blog, Dooce.com. She's believed to be the first blogger to lose a job for content on a personal website.

Armstrong's fate sparked discussion about privacy and the freedom of blogging. Still, the discussion wasn't given much attention until Jessica Cutler — a controversial blogger and Congressional aide at the White House — experienced a similar termination. The key difference was that Cutler had been blogging anonymously, and was only fired after the website Wonkette revealed her identity. The topics of blogging and freedom of expression continue to spark debates.

Meanwhile, with the term "weblogging" long out the door, the early 2000s finally began to enjoy a wider diversity of bloggers, including an advent of a "mommy blogger" community, consisting of moms aiming to share support and information about parenting and life as mothers. One of the original "mom blogs," TheMommyBlog.com, was founded by Melinda Roberts in April of 2002. She's credited with helping propel a trend that has since grown into a highly profitable niche.

At the same time, political blogs began to take hold, and blogs also began gaining more credibility in traditional media too. The Huffington Post, for instance, launched during the 2000s as well, starting as a blog like any other, but gradually building a credible name for itself in the news media.

The Launch of Monetization and AdSense 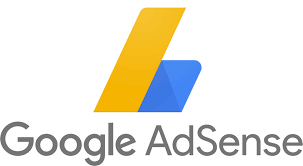 In 2002, Newsweek made some bold predictions that claimed blogs would replace traditional media. Fast forward nearly 20 years, and that's still not the case (although they have become a significant part of digital media). Still, support for this prediction rapidly accumulated at the time, with Talking Points Memo and others unknowingly acting as the precursor to the live blogging trend that was soon to come.

However, in part thanks to predictions (and perhaps some hopes) that blogging's rapid growth in popularity would lead to a major shift in the way people consume media, it didn't take long for companies to begin trying to monetize them. Pressflex, LLC was the first to the market, launching Blog Ads in 2002. Google AdSense launched less than a year later. This represented a major change in the history of blogging, allowing devoted authors to start monetizing their writing.

These launches also set the ball rolling, encouraging major brand sponsorships, free products, and other endorsement and marketing initiatives to soon roll out around the world as some of the most influential blogs of today were beginning to take shape. During this time, the world was also becoming acquainted with the first-ever full-time bloggers.

The Platforms That Transformed Blogging

As new blogging platforms continued to try to break through, 2003 saw a competitor like no other. When WordPress launched as an open-source blogging platform, it was only a matter of time before it took over the market. It revolutionized the history of blogging, soon introducing the likes of plugins (extensions) and themes (styles) as we know it today.

Soon enough, WordPress and Google-owned Blogger were the go-to publishing platforms for someone wanting to launch their own blog, and with the continued interweaving of emerging features — like community comments and guest posts — these platforms helped set the stage for the personal blogs and websites we know today.

The "blogging evolution" was only further propelled by the declaration that 2004 was the "year of the video blog" by Steve Garfield (one of the internet's first video bloggers), which was soon followed by the launch of YouTube the following year. Soon enough, people were creating vlogs to accompany their blogs, and embedding random videos from across the net within their blogs, gradually transforming what a "blog" truly meant.

The definition of blogging continued to evolve throughout the coming years, and, in fact, it's still evolving today.

In 2006, the rise of microblogging began with the introduction of Twitter and Tumblr. Of course, it can't go without saying that people owe the likes of Blogger, Twitter, and the eventual introduction of Medium to Evan Williams, who helped spearhead all of these platforms. As an American technology entrepreneur, he proudly lays claim to three of the most popular and well-known internet platforms today.

All of that said, blogging didn't evolve without continued controversy. With an ever-growing community of bloggers that spanned age groups, the coming years also saw the introduction of some of the first blogging "rules" and controls. Ten years later, and to this day, the topics of privacy and freedom of expression would remain controversial. 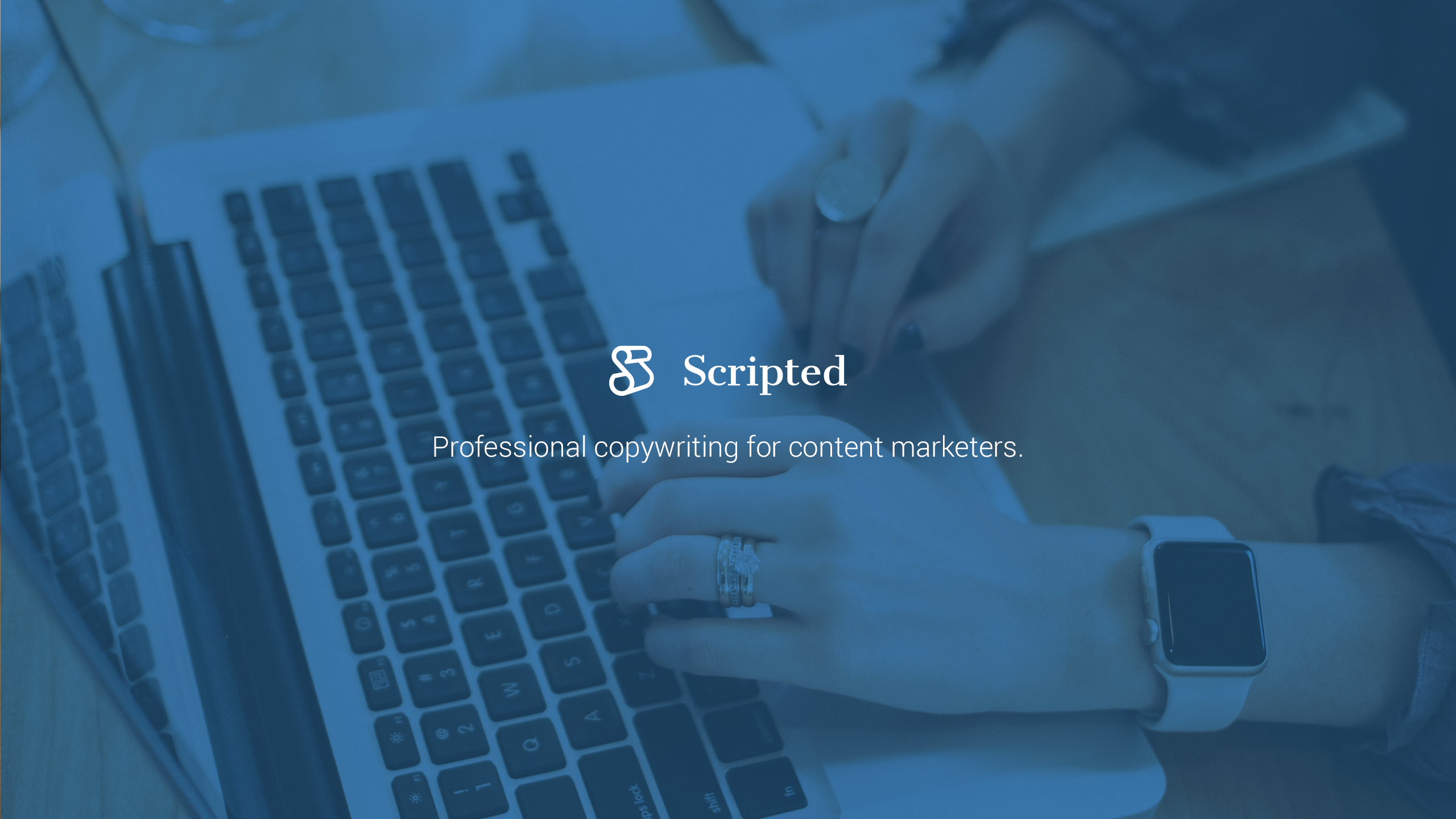 Today, YouTube is the globe's second-most popular search engine; Twitter is just one of many social media networks and has over 330 million users; and WordPress is the world's number one blogging website, acting as the foundation for over 75 million websites. So, it suffices to say that the ever-growing blogger community is still going strong.

While it looks refreshingly different from the "weblogs" of the ' 90s, and even some of the original niche blogs of the early 2000s, the evolution of blogging has led to a widespread shift in how readers seek out and consume information. Of course, we haven't figured it all out just yet.

Over a decade ago, the internet was wrestling with the fight over freedom of speech and controlling hateful and misleading information, and, as it turns out, bloggers continue to fight that battle. Fortunately, present-day blogging has come a long way, and so do the laws pertaining to it. You can no longer get fired for simply blogging about your day-to-day life, and it may very well be part of your job if you happen to work as a lifestyle influencer or other type of content creator.

The fact is that blogging has come a long way in the twenty-something years since its introduction. Truth be told, blogs now serve as major information sources, often informing consumers' decisions through reviews, sponsorships, and discussions in a way that many brands are still working hard to adapt to effectively.

Ultimately, blogging as we know it plays a crucial part in content marketing, consumer education, and helping to shape a brand's image. As such, companies are no longer asking what role blogs play in their branding efforts, but rather how they can be using digital media like blog posts and articles to help shape their brands and influence consumers. So, when it comes to creating and maintaining your brand's blog, who do you turn to?

Scripted requires all of its content creators to pass grammar, editing, and word-choice tests to ensure quality. Only 2% of applicants get accepted. Many writers on the platform specialize in topics related to trends in your industry. You can hire experienced blog writers on Scripted who know how to educate consumers, improve search engine rankings, and create posts that readers will want to share. With the right team of bloggers, you can exceed your goals without spending time writing posts for your website.