What's the ROI of Drake? The Collision of Hollywood and Silicon Valley 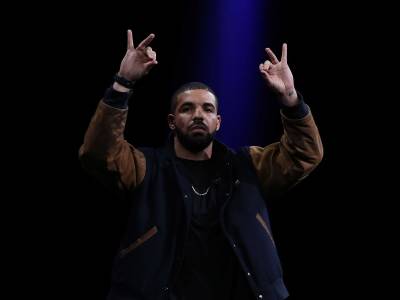 Does having a celebrity keynote speaker at a conference really make a difference?

Earlier this summer at WWDC, Apple introduced its new music streaming service, Apple Music. But it wasn't CEO Tim Cook who announced the product. It wasn't Apple's Head of Design, Jony Ives, or any of the other tech industry personalities that might seem like obvious choices. Instead, Apple chose rapper Drake to introduce Apple Music to the world.

Apple isn't the only tech company that has been leaning on celebrity endorsements, appearances and investments in the past few years. In 2014, Content Marketing World featured actor Kevin Spacey as the closing keynote speaker, with John Cleese following in his steps in 2015. Comedian Aziz Ansari spoke at Inbound 2015. Seeing celebrities at conferences and tech events is quickly becoming status quo, but what's the real value of featuring stars like Drake at tech conferences?

The Consumerization of Silicon Valley


The tech industry has gone mainstream in the past few years. 64% of Americans now own a smartphone - up from 35% just 4 years ago. Additionally, consumers are more likely than ever to use technology as a part of their job, with the global spend on enterprise software for 2015 estimated at a whopping $620 billion. Brands like Apple, Google and even Salesforce are swiftly becoming household names. With a broader, less technically minded audience to cater to, tech conference organizers are looking for ways to connect with their audience and build buzz for new products. Events like Inbound and WWDC aren't just meant to attract a niche audience of technophiles, they must appeal to the consumers and non-technical companies, too.

Influencer Culture in the Age of the Internet


Using celebrity clout as a force to drive sales is not a new concept. Research has shown that a well-executed celebrity endorsement can have a positive impact on sales; one study indicated that consumers are willing to spend up to 20% more for a celebrity-endorsed product. Finding a celebrity who can successfully communicate a specific brand image can garner huge financial returns. Ana Rumschisky, a marketing professor at the IE Business School in Madrid, summarizes the benefit of celebrity endorsement:

"A famous personality brings with him a meaning that contributes clarity to the message. This approach saves advertisers time when it comes to conveying that message to the consumer."


Beyond the traditional use of celebrity buying power, tech companies like Apple are capitalizing on the rising influencer culture of the Internet, and the evolving role that celebrities play online. Social media platforms like Twitter and Instagram allow for countless micro interactions between celebrities and fans, making celebrities more influential than ever. Drake has over 25 million followers on Twitter, and, by having Drake announce Apple Music, Apple gained increased exposure to a huge group of music lovers - many of whom already have iPhones and are receptive to the new music service.


Celebrities at tech conferences can help increase engagement among attendees as well. By featuring big-name speakers, conference organizers can help draw attention to the events that matter the most to them, and ensure that attendees stay entertained and engaged. Drake's appearance garnered a flurry of tweets by event attendees and people live streaming the keynote from their homes and offices, which helped to increase awareness of WWDC and the launch of Apple Music beyond Apple's core audience.

The Cost of Fame


However, celebrity endorsements can backfire spectacularly, especially if the celebrity loses favor with the masses. Consulting firm The Smart Cube cautions that companies who rely on celebrity endorsements must be careful whom they select, as brand fit and image can have a huge impact on the success of the campaign:
"[T]he celebrity's popularity and image needs to be continuously monitored, as an endorsed brand tends to easily be affected by the negative traits of the celebrity."
While a well-selected celebrity match can bring huge returns to a company, it isn't always surefire strategy for success.
Additionally, celebrity appearances don't come without a price. Companies usually have to shell out hefty booking fees or contracts for A-list endorsements. Apple allegedly paid Drake around $19 million to be the face of Apple Music. As bigger and bigger celebrities take the stage at tech conferences this year, one can't help wondering if the desire to score the biggest headliner won't eventually take away from the ROI of having celebrities appear at these events.


So what's the true ROI of Drake's appearance at WWDC? Apple Music had a strong launch on mobile devices with 11 million users signing up for free trials, but it's hard to tell how many of those users will translate to paid subscribers. Those strong initial numbers can at least partially be attributed to the hype surrounding Drake's appearance at WWDC. But Drake's appearance at WWDC played another, more crucial role for Apple. Drake spoke about the way that technology has changed the way music is created, distributed and shared, and conveyed his own enthusiasm for Apple's new music-sharing platform. By harnessing the public support of a popular musician, Apple communicated their relevance to the music industry and helped establish Apple Music as a cutting-edge alternative to Spotify, Pandora and other well-established music streaming services. And in the tech industry, where there's always something new and flashy on the horizon, relevance is one of the most critical KPIs to measure.

Published by Nicole Karlis on Tuesday, September 29, 2015 in Content Marketing.