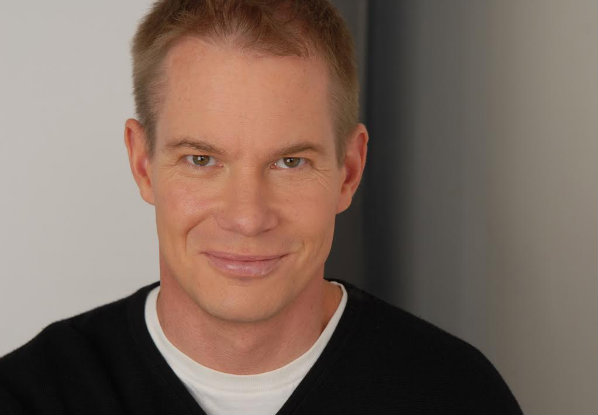 Scripted.com caught up with Andy to talk about how today's marketers can reach their ideal audience, leverage hypothesis testing and more.

This is the first installment of our interview series with The Dragonfly Effect author.

During the rise of social media, Andy Smith knew a shift in the marketing/consumer relationship was about to take place. His curiosity, previous experience in the space and in-depth research led him to write The Dragonfly Effect -- a book explaining how to leverage social media to propel social change, which he co-authored with his wife Jennifer Aaker. As The Dragonfly Effect continues to inspire content marketers, social media enthusiasts and techies alike, Andy now spends his time advising tech ventures on their marketing and consumer strategy as a Principal of Vonavona Ventures. Given Andy is a big proponent of storytelling through content, we wanted to talk to him more about how it relates to audience development -- and here's what he had to say.

See also: How to Grow an Audience Through Content Creation

Scripted: What compelled you to write The Dragonfly Effect?

Andy: We wrote it simply because we felt it needed to be written. We saw an opportunity to tie together disparate disciplines of psychology, consumer behavior, marketing strategy and social technology in a simple way that made for more efficient and effective marketing. As an chronic early adopter, I felt that much of what had been written about social technology up to that point was descriptive but somehow disconnected from the purpose behind why someone would want to use it. So we set out to create a story-driven playbook to inspire people to see the possibilities open to them without getting lost chasing pointless metrics, like getting a million people to like their Facebook page.

We examined hundreds of examples of great marketing and worked to distill a repeatable framework from them. We found that successful projects brought focus on a single focused clear goal.


And I mean singular to the point where an important part of each story we heard was a list of all the things that a company chose NOT to do. So goal in hand, they sought something to catch people's attention. More specifically, something that would physically yank their attention away from something else. Whether you are a person, a brand or a cause, when you first meet your audience, they're paying attention to something else. How do you get them to pay attention to you? We studied both the practical and the consumer psychology basis behind what causes people to shift their attention. Much of it is rooted in evolutionary biology. We see things that stimulate our fight or flight reflex and in doing so, make us laser-focused for a second on something brightly colored or moving fast. But, we live in ADD times.

Once you get a thin slice of attention, you need to capitalize on it by making someone care.


This is not done with facts and figures, it's done through storytelling. A great story gives people a matrix that fits the company, themselves and the way the world works together in a motivating way they can buy into and retell to others. And finally, the most effective organizations, such as Barack Obama's 2008 campaign team, find ways to take the newly converted and redeploy them as assets, evolving them from being customers to becoming part of the campaign team.

Scripted: How do you recommend businesses and marketers go about finding their audience?

Andy: In order to find an audience, you have to first understand them, learn who they are, what their days are like, and spend some time in their shoes. This is a fundamental element in the process of design thinking, a discipline that the best product companies and consultancies like IDEO have employed for years for great results.

Once you feel you have the core of this understanding, you should ask yourself: What is the problem for which my product is the solution? Hopefully, it's a problem that your chosen audience actually has! A little sidebar, here: most marketers approach their audience with a product already in hand, and seek to sell it to you. Step back for a moment to reflect on the absurdity of that situation. Someone who doesn't know you, or know what your life, needs or problems are wants you to buy their solution. A better way might be to start out with a hypothesis that says, "Based on what I know about my audience and the problems they have, I propose this possible solution." Then you go talk to those people and see what they think.


By approaching customer discovery through a process of hypothesis testing, you free yourself of your own opinions and preconceived notions about what you're going to say, or do, or even what your product is.

After you've identified some worthy and real problems that a target customer has, you need to get crystal clear in your understanding of who they are so you can reach them. Drawing from the same research you just conducted, learn how you may effectively define them. Getting this right may require as much effort as getting a handle on their problem but it's indispensible if you are to measure your market size and devise channels to reach and influence them. Get in the habit of challenging your assumptions and strengthening your data by constantly verifying with the people you reach that they actually have this problem.

Are they first-time parents? If so, they are probably scared out of their mind and in need of a lot of information, safety products and other things that single folks never gave a second thought. From there, are they a male partner or a female partner? You may find some interesting differences in the things they worry about. The key is to identify meaningful distinctions among audiences that originate from different needs. A family anticipating its third child is a lot different that a couple anticipating their first. Rethink going after a broadly defined group like "parents" if you start to hear very different feedback from people who are first-time parents versus those anticipating their third child.

Scripted: How exactly can a marketer find out what it is their audience wants then?

Andy: Great question. This we borrow from hard science: the process of hypothesis testing. But as in science, you have to start with something, a hypothesis that you're ready to test. You won't be able to just walk in and have people tell you what they want. You must start with an informed guess. You could say, "Hmm....I think that first-time parents are anxious about baby teeth. I'm going to create something that talks to them about that among other things." Even if you are dead wrong, and you likely are, it gets them thinking and reacting to you. This is where the magic happens. Listen carefully.

Extending the example of someone who wants to reach first-time parents, you can conduct simple, low-cost tests, just putting things out in front of people, whether it's headlines or problem statements, or whatever want to evaluate and you'll quickly see which ones get the most feedback. What's the language you use? What's the tone to use? What's the subject matter that interests people?

The core point to recognize that the audience will tell you what is important to them and you will see it in how they react.

Learn to recognize and hone in on emotional and involuntary responses, such as eye-dilation and clear enthusiasm. It takes real work to avoid being fooled by well-intentioned people trying to be polite.


Online you can measure different responses in terms of clicks, shares, sign-ups or whatever, but make sure you see people in person too. What you measure is less important than just getting increasingly disciplined about testing everything, and not drinking your own Kool-Aid. Apply innovation and inspiration to devise ideas to test, but avoid falling in love with your ideas. When the customer says you're wrong or that they're not interested, take that as incredibly valuable feedback and adapt.

Scripted: Do you think that a business should only be focused on growing and reaching an audience that will convert and drive revenue, or do you think that's a mistake that businesses would make?

Andy: Anyone who works with an audience should have certain goals. They may not all be about revenue, but they should be clear, meaningful and measurable. Building awareness is worthwhile when doing so contributes meaningfully and cost-effectively to the business. To do that you must start with addressing the questions: building awareness among whom? And with the intent of having them take what action? Ultimately companies get to stay in business by solving a customer problem and generating revenue, but there are certainly secondary reasons to build an audience around different subjects when you have other linked goals.

If we think about smaller organizations, they're going to be more closely focused on directly tying their efforts to driving sales because they have fewer resources. Different companies will have different goals. They may not all be associated with revenue. The critical thing is to have each effort associated with a worthwhile clear and focused goal -- one that people agree is worth supporting.

This is part one of a two-part interview series. Please check back next Wednesday for the second installment.

How did you find your audience? Share you stories with us in the comments section below.


How Content Helped LearnVest Become a Trusted Authority in Financial Advice
Ash Davies of Tablo: Empowering Writers to Self-Publish Through eBooks
Alexis Grant of Socialexis: How to Grow an Audience Through Content Creation