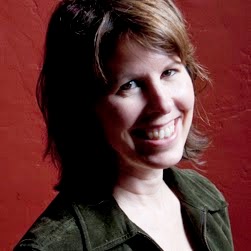 A Professor of Literature and Faculty Director of the Center for Writing & Public Discourse at Claremont McKenna College, Audrey Bilger Ph.D. shares some wonderful insights into her experiences as a writer.

In addition to her work as an academic, Bilger writes regularly for Ms. Magazine and the Ms. Blog, and has been published in The Los Angeles Times, The Paris Review, The Women's Review of Books and The Los Angeles Review of Books, among others. In this month's writer interview, she reflects on her development as a writer and her latest book, and shares pro tips for fellow writers.

Scripted: First of all, congratulations on being selected to participate in the American Council on Education (ACE) Fellows Program. Over the next year, you'll have the opportunity to work with an incredibly talented group of leaders within higher education -- what aspect of this experience are you most looking forward to?

Audrey: Thank you! The ACE Fellows Program promises to be an extraordinary experience. At a time when the value of college and university degrees is being challenged and the idea of a broad-based liberal arts education, in particular, is coming under attack, I want to be in a better position to take part in public conversations that might lead to changes and new developments while preserving the time-honored practices that work.

Scripted: What first piqued your interest in writing?

Audrey: When I was a child, I read everything I could get my hands on, and I wrote Dr. Seuss-like poetry. I love playing around with words on the page and finding just the right way to say what I might not have even known I wanted to say until I started writing.

Scripted: What has inspired you as a writer over the years?

Audrey: Whenever I read a particularly well-written passage, I feel a simultaneous rush of inspiration and envy. I also believe that every conversation and experience where you're paying attention contributes to the writing, and you never know what will be important, so it's best to pay attention all the time.

Scripted: A lot of your work has focused on issues relating to gender and sexuality, such as gender and marriage equality, and LGBT rights. What insights you can offer to writers who want to cover these types of issues?

Audrey: Because I am a gender studies scholar -- and because gender plays such an important role in culture and society -- I tend to notice how masculinity and femininity get presented in various contexts. Additionally, I started writing about marriage equality shortly after I was able to marry my longtime partner (in California, in 2008) and felt acutely the joys of achieving my rightful status as a citizen of this country.

My advice to anyone who wants to cover feminism and/or LGBT rights would be to take stock of the history and to avoid stereotypes -- you need to be sensitive and open to nuance. Keep in mind that class, race, ethnicity, religion, and country of origin may intersect with gender and sexuality in complicated ways. Try not to get defensive if someone finds fault with your point of view; instead, see if you can understand where they're coming from and learn from the criticism.

Scripted: In 2012, you published your most recent book, Here Come The Brides! Reflections on Lesbian Love and Marriage (co-edited with Michele Kort; Seal Press), an assortment of essays and stories examining "a revolution that's redefining marriage -- both as a personal choice and as an institution -- as we know it." What was your favorite part about writing and editing this book?

Audrey: My favorite part was working with Michele Kort, Senior Editor of Ms. Magazine, and an extraordinarily talented journalist. We combined forces to collect a diverse array of writers to illustrate this incredible era we're living through. Many readers have told us that it reads well from start to finish -- a high compliment for a genre that can lend itself to piecemeal reading. Both Michele and I felt honored by the writers who were willing to share their stories with honesty and courage.

Scripted: How do you keep informed and up to speed on the various subjects you write on?

Audrey: Social media can be a terrific way to stay on top of new developments in feminism and LGBT rights. I make use of Twitter, Facebook, and listservs to network with other writers and to follow the news. I'll confess that marriage equality can be a challenge to keep up with because the pace of change has been so incredibly rapid since last year's Supreme Court rulings (the overturning of both Proposition 8 and the Defense of Marriage Act).

Scripted: What are some things you do to hone your skills as a writer?

Audrey: Reading other people's writing, whether for pleasure or in my teaching, keeps me in a constant state of evolution. I always think that the best way to teach and learn as a writer is largely through osmosis. You absorb. You may not even know it's happening. I also think quite a bit about the sound of writing as a key element of rhetoric. I frequently find myself thinking about craft as I read aloud and/or listen, and I have noticed that paying attention to the sonic dimensions of other people's writing has been good for my own skills.

Scripted: How has your writing process developed over time? Are there specific instances that have reshaped or redefined how you approach it?

Audrey: I was a Philosophy major as an undergraduate, and I went through a phase in which my prose became extremely complicated (no offense to philosophers!). When I decided to pursue a Ph.D. in English, I had to break a number of bad habits. I came to value clarity as the starting point for good writing, and from there I was able to start working on eloquence. I think quite a bit about audience, and I avoid jargon in almost every context.

Scripted: Sometimes it just seems impossible to get started on a piece -- what helps you get in the zone?

Audrey: In the last decade or so, I have developed an abiding trust in the [writing] process. Not having started does not mean that I won't be able to start. Even though I have a tendency to work right up to and across deadlines, I no longer see this as procrastination. I trust that I will write what I need to write. I also like being able to put in an hour or two before the world around me begins to go into motion. There are so many distractions in any given day. I love putting the writing part first.

Scripted: If there were one piece of advice you wish you had been given when you first started writing, what would it be?

Audrey: When I was starting out, I thought that as a writer I needed to learn everything in order to avoid being ignorant. I burdened myself with a fear of not being good enough, and now I tell young writers on a regular basis to brush aside the big fears, to press on with the writing, and to trust that all writers face the same struggle, regardless of their backgrounds: write, revise, repeat.


Ash Davies of Tablo: Empowering Writers to Self-Publish Through eBooks
Jillian Smith of Ampush: Why Creating Content for Social Media on Mobile is Different
Hana Abaza of Uberflip: Why Organizing Your Content Will Make Your Audience Stick Around