Are you trying to escape the heat this summer? Looking for an obscure summer spot? Wish the long summer days were even longer? Iceland may be the answer to all of your problems. Summer is around the corner, and while some are preparing for fun in the sun, others are trying get away from the oppressive heat. The problem is so much of the world is obscenely hot during the summer, making it nearly impossible to escape. If you're looking to vacation in a place that will feel like an entirely different world, where the weather's cool, the scenery's spectacular and the day's activities are plentiful -- take a trip to Iceland! In the summer, the temperature never goes above the 50s and it's always sunny! If that isn't enough to get you packing, here are some other cool facts!

Although Iceland is pretty far from neighboring countries and islands, it's actually part of Europe. In fact, it's the second largest European Island according to Maps of the World. People often confuse Greenland and Iceland because the names don't accurately describe the locations. Greenland is actually covered in ice and Iceland is mostly covered in greenery. Since this beautiful island is located just south of the Arctic Circle, visitors can catch an otherworldly glimpse of auroras, especially at the beginning of the year when the sun is most active! If sky gazing isn't your thing, you can explore the more than 800 hot springs or 10,000 waterfalls that Iceland has to offer. The great part is that you can enjoy all of these sights in the day, which lasts nearly 21 hours!

You'll be pressed to find another vacation spot as beautiful as Iceland! This country is nearly 103,000 square kilometers and each one offers its own unique contribution to the breathtaking backdrop. There are over 15 active volcanoes, 11,500 square kilometers of glaciers, 800 hot springs, thousands of waterfalls and exploding geysers peppered throughout. There are also many lakes in Iceland. The largest lake is Porisvatn which is 83 square kilometers followed by Pingvallavatn which is 82 kilometers. These natural gems make for wonderful activities such as fishing, swimming, cycling and even hiking.

Believe it or not, Iceland is actually very accessible. European vacationers can reach the island relatively quickly, arriving there in just under 4 hours. Americans traveling from the East coast can reach the island in about 6 hours. The price to fly to Iceland is very affordable throughout the year, with most flight agencies booking trips for under $1000. The Kaflavik International Airport is located in the capital city, so getting to and from the airport is a breeze. Aside from being easily accessible, it's also easy to navigate the island. Since most residents speak and understand the English language, ordering food, traveling around the island and obtaining transportation is no trouble at all. The country is also developed, so there are many modern activities for vacationing families to enjoy. Don't worry about timing your activities -- one of the great things about Iceland is that it's safe.

There are more than 300,000 people living in Iceland and more than half of the population resides in the capital city Reykjavik and towns just southwest of it. Although the vast majority of the island's residents speak English, some still speak Icelandic. This is because the island was settled by Nordic people back in the early 9th century. Although the residents have adapted to modern times, there are still bits of Nordic tradition steeped in the way they speak, in their recipes and in the way they name their children. Many residents use patronymics instead of last names, so it's common for people to have three or more names following their first name. The mixture of old world gems with modern conveniences gives Iceland a unique feel indeed! Now that you see just what Iceland has to offer -- what are you waiting for? Get packed! Bring your family and friends and let them in on the experience that's truly out of this world! Photo Credit: Victor Montol via Flickr. 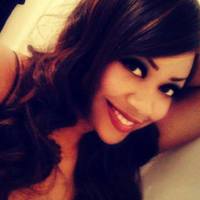 **The internet is constantly buzzing with rumors and reports about the newest Apple products. Wit... Read More

**Recent outbreaks have put Hantavirus Pulmonary Syndrome in the news. Learn what it is, how its ... Read More