Ah, tax season. Whether you're a business owner, independent professional, or a freelancer, tax season tends to be a time of year that strikes fear in the hearts of many.

For freelancers, in particular, tax season can be particularly stressful as the burden of keeping all the important documentation rests squarely on their own shoulders. And if you're new to the world of freelancing, tax season sets off the mad dash to compile all that paperwork you didn't know you were supposed to keep.

But what if we said that tax season doesn't need to be so stressful? Before you raise a skeptical eyebrow, know this: If you keep tax season at the back of your mind throughout the entire year, then tax season can be easy — even breezy — for freelancers such as yourself.

Here's why freelancers should be thinking about tax season all year long.

Not all income is the same

Sally is a freelance graphic designer with eight clients. With four of those clients, Sally is an independent contractor, meaning there were no tax forms or documentation on file. But two of her other clients have W9 forms for her, and another has a 1099 form on file. For the eighth and final client, Sally is technically a W2 employee.

So is all of Sally's income the same? From Sally's perspective, it probably is. After all, the income Sally makes from her W2 client goes into the same bank account and pays the same bills as the income she makes from clients that don't tax her income. But the IRS doesn't see it that way.

It pays to be diligent by keeping track of different types of income on a week-to-week basis. After all, different types of income are taxed differently, so you're left with two choices: Either let your income accumulate throughout the year and scramble to sort through all those payments during tax season, or do some bookkeeping throughout the year for a stress-free tax season.

Depending on which type of income you make from each client, it's possible that you'll owe taxes on your income when you file. And depending on how much income you make, it's possible you'll owe quite a bit, and you'll need to have the funds available to pay what you owe. So what happens if you didn't expect to owe on your taxes and, thus, don't have the funds on hand to pay them?

Granted, this scenario isn't the end of the world. If you owe more than you can pay in one upfront payment, you can contact the IRS and arrange to make payments over time. However, if you keep track of your income and taxes throughout the year, you'll probably know whether you'll owe (and how much you'll owe) long before tax season rolls around. In turn, you'll be able to save what you'll need to pay those taxes throughout the year.

When you work for an actual company, that company usually covers any expenses that are associated with your duties. For instance, if you do a lot of traveling for your job, your employer might provide a mobile phone, company car, or maybe an expense account or allowance for these types of things. But when you're a freelancer, the things you need to do your job — e.g. office space, an internet connection, special tools or software, etc. — are your responsibility. Depending on what type of freelance work you do, these expenses can get… well, expensive.

According to Xero, an accounting services and software company, 73 percent of freelancers don't deduct their work-related expenses when they file their taxes. So all of services, supplies, and products they need, even the mileage on their cars and any licenses or registration fees they pay to do their jobs, aren't deducted from their taxes and, consequently, eat into their income. They fail to realize they can deduct many of these expenses on their tax returns, offsetting some, most, or potentially even all of these associated costs.

We mentioned the importance of tracking the taxes on your income throughout the year, but it warrants repeating here, especially because it can actually get quite complicated.

People who are employed by actual companies have the luxury of having their taxes automatically calculated and deducted from their paychecks, saving them the trouble of having to do this themselves. For freelancers, the burden of making sure that you're paying your taxes falls squarely on your shoulders. Since you don't want the IRS coming after you for not having paid your taxes, this is another important reason for freelancers to be thinking about (and preparing for) tax season throughout the year.

When it comes to tax on your income, there are two main types: estimated taxes and owed taxes. Freelancers don't usually have an exact dollar amount when it comes to their taxes owed, so they estimate their income taxes, and this is the amount that's paid to the IRS. And if you make these payments throughout the year, you're not hit with a large bill to the IRS when tax season rolls around.

Speaking of estimated taxes, that brings us to our final point…

Has it become too much to handle?

As helpful as software like Xero or QuickBooks can be, estimating tax on your income can be tricky. And if you're a freelancer with lots of work-related expenses (and potential deductions), it can get even more confusing as you must keep track of all your receipts and keep detailed expense records. So it's worth considering the option of having a professional accountant to help you manage your finances.

Sure, hiring a professional to monitor and maintain your finances incurs an additional expense, but having someone who's experienced with filing tax returns for freelancers handling your tax return could actually end up saving you money. Even better, you'll have someone on your side who can point out all the deductions and credits you wouldn't have otherwise known about. 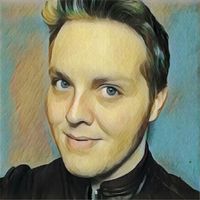