What happens if interest rates increase too quickly?

When interest rates increase too quickly, it can cause a chain reaction that affects the domestic economy as well as the global economy. It can create a recession in some cases. If this happens, the government can backtrack the increase, but it can take some time for the economy to recover from the dip.

Adjusting interest rates is one way that a central bank can encourage employment and keep prices stable in an economy. Interest rates have an impact on everything from home mortgage prices to the ability of a business to expand through financing. If interest rates go too high or are pushed higher than what people and companies can readily afford, spending could stop. In this sense, higher interest rates could mean that a person may not be able to get a loan to purchase a house on favorable terms, or that a company will lay workers off instead of financing payroll during a downturn.

When Interest Rates Go Up

When the U.S. Federal Reserve raises the federal funds rate, the cost of borrowing goes up too, and this increase starts a series of cascading effects. In essence, banks raise their interest rates for consumers and businesses, and it costs more to buy a home or finance a company. In turn, the economy slows down as people spend less. However, this also keeps the cost of goods stable and curtails inflation. It serves as a signal that economic growth in the United States is expected to be firm as well.

It all comes down to timing. The economy has to be robust enough to handle the increase in the cost of borrowing. If the Fed increases interest rates too quickly – before the economy is ready for it – the realized effect of the interest rate increase can be too much, and the measure could backfire. The economy would become strained and fall into a recession. Moreover, the effect of interest rates going up would not be felt only in the U.S. If interest rates rise too quickly, the comparative value of the dollar could go up, affecting world markets as well as domestic companies with businesses in other countries. 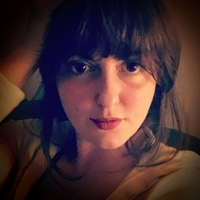 Renee Breiten is a finance writer whose writing has appeared in numerous outlets related to finance and investing, from TheStreet to SCORE. She has an MBA from Exeter, degrees in psychology, and over 15 years of experience working with hedge funds and startups. Her work is centered on technology, consumer trends, and investing strategies. (formerly Renee Ann Butler)

If you are reading this, you have probably decided it's time to take the plunge and give Bikram Y... Read More

Technology may have made many transactions faceless – but that doesn&#39;t mean that modern busin... Read More

When you pitch your business to potential investors, explain your company's purpose, target marke... Read More

Making money is likely the reason you got into business for yourself in the first place, or at le... Read More