The Other Salem: More Than Just Witches

People say that Halloween in Salem, Massachusetts is magical. That must be true, because the crowd of tourists disappears into the mists come November 1, when the city's month-long Halloween celebration ends. But in spring, visitors come to see a completely different city, rich in maritime history, magnificent in architecture, and only 16 miles from Boston. Why visit in spring or summer? Well, for one thing, there are... Privateers and Pirates! Salem's illustrious romance with the sea turned patriotic during the American Revolution. The colonies only had about 31 ships, which certainly wouldn't stand up to the fearsome Royal Navy. To improve the odds, the cash-strapped Colonial government authorized heavily-armed, privately-owned merchant ships as privateers, with commissions to capture British ships and help themselves to the booty. By 1777, the privateers had stocked the war effort with 2 million pounds of captured gunpowder and saltpeter, something the colonies previously had in short supply. And it was an equal-opportunity enterprise. A Salem slave, Titus, built a lucrative business recruiting blacks to be privateers. The kind of money to be made in privateering -- not to mention the thrill -- was addictive. No one really knows how many privateers turned pirate after the Revolutionary War, but Salem and the North Shore had its share. If you visit Salem, be sure to stop by the New England Pirate Museum. It's not only a lot of fun, it's enlightening. The Glory of the China Trade. One of those privateers became the first ship to sail to China, and by 1790 Salem was an important port for the China and East India trade. Great fortunes were made, including that of Elias Derby, America's first millionaire. Take a stroll, the Salem Trolley, or a Salem Segway Tour down Chestnut Street and through the McIntire Historic District to see just how those fortunes were spent. These magnificent Federal-style mansions are mostly still private homes – some owned by the same families – so they're not open to the public. But if you'd like to see inside, tour one of the preserved houses maintained by the Peabody Essex Museum and enjoy the fine architectural details and rich interior decoration, including hand-painted wallpaper and handmade furniture imported during the glory of the East India days. The Salem Maritime National Historic Site maintains 12 structures and nine acres of waterfront where the great ships once crowded the harbor. And one is still there: the three-masted tall ship Friendship, ready for you to step aboard. Friendship is a replica of the great Salem merchantman vessel that traveled the world over a dozen times. The current Friendship sailed into Salem Harbor in 2000 and docked at Derby Wharf. The Fame, a fast schooner turned privateer during the War of 1812, also inspired a full-scale replica, launched in 2003. It's docked at the Pickering Wharf Marina and can take you for a cruise on Salem Sound. The Chinese House and The Peabody Essex Museum. The close ties between Salem and the China Trade are reflected in the outstanding collections of Asian art and relics of the sailing days at the Peabody Essex Museum. The museum, founded in 1799, is housed in a gloriously renovated building on the Essex Street walkway. In 2003, a 200-year-old 16-bedroom house from southeastern China was moved and reassembled on the grounds of the museum, complete with furnishings, and with traditional coins placed under the house's columns to bring prosperity. If you want to tour the house, it's best to purchase advance tickets. Salem's Favorite Son, Nathaniel Hawthorne. Across from the wharf is the Custom House, where Nathaniel Hawthorne worked at his day job while writing The Scarlet Letter in his free time. Farther down Derby Street is the House of the Seven Gables, made famous by another Hawthorne novel. Hawthorne was also appointed U.S. Consul to Liverpool, and in his later years met Abraham Lincoln. You can tour The Gables and its gardens, plus several other historic buildings on the grounds, including Hawthorne's charming birthplace. Right across the street is Ye Olde Pepper Company, a candy store founded in the 19th century. The first confections sold there, Salem Gibraltars and Black Jacks, are still favorites. You can even watch the goodies being made. Enjoy Halloween in Salem, but be sure to plan on a trip in the spring or summer. You'll see another side of this enchanting and enchanted old city. Get more information at www.salem.com. 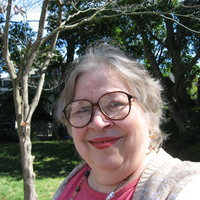 How many writers have been hired to write a brochure and sales materials for vampires? Or blogged about Adult -- uh -- Personal Products? Besides the bloodsuckers, I've blogged about Food and Cooking, Travel, Real Estate, Law, Medicine, Hair Loss & Transplants, Skin Care Products, Beauty & Fashion, and Business. But what makes an effective blog post? Answer: problems. No matter if the tone is serious, light, entertaining or even funny, it should always understand the problems or interests of your audience. The information should be well-researched, establishing you as an expert in your field. And once you've identified the audience's problems, tell them how you can help. TIP: Don't fall in love with your mission statement by bragging that you're "committed to excellence" (who isn't?) or your expansion plans. Instead, give rea...