Court rulings in family law are made in accordance to precedent, state legislature and presentation skills of your legal counsel. This may not be the right approach when talking about a personal family issue such as divorce. If the justice system tells us anything about morality during the course of divorce proceedings, it is that the justice system should not be involved at all, if possible. Court rulings in family law are determined by precedent, state legislature and the presentation skills of legal counsel, not by what is right for your family. In other words, what was originally a dispute between two individuals becomes a rapidly spiraling cloud of disputes among families, friends, judges, lawyers, officers of the court, police who have to enforce court orders and perhaps even the public at large when personal disputes are reported as news. Most states include a "morals clause" as a standard part of a divorce settlement that covers acceptable behavior of the parties involved. USLegal.com reports that,

"A morals clause is a provision in a contract or official document that prohibits certain behavior in a person's private life. They deal with behavior such as sexual acts and drug use. A morals clause may also be made part of a judgment for divorce or marital dissolution, typically preventing unmarried cohabitation or overnight guests of the opposite sex while children are present."

The Children's Bureau at the U.S. Department of Health and Human Services has issued a report called Determining the Best Interests of the Child, with a state-by-state analysis of court-sponsored morality in this sphere. As you would suspect, the most restrictive morals clauses are strictly enforced in southern states like Texas and Georgia, while more progressive structures have been adopted on the West Coast and New England. Therefore, the state where the divorce is filed has a great deal of say over what will be considered acceptable, regardless of personal history and customary practice. Two more great resources to consult before getting involved with the courts is the American Bar Associations' A Judge's Guide: Making Child-Centered Decisions in Custody Cases, and A Judicial Guide to Child Safety in Custody Cases from the National Council of Juvenile and Family Court Judges. The courts have enforced morals clauses in the interest of protecting children from potential abuse and neglect during what is normally an emotionally-charged situation. In practice, it is often used as a tool for enacting legally-sanctioned hostility between legal combatants. The purpose of the law was to prevent actual harm to children. With 75 percent of women in the U.S. admitting to unmarried cohabitation, it is pretty safe to say that this does not lead directly to child abuse. We need to eliminate situations involving abuse, not focus on an unrelated topic. At a time when family law courts are severely underfunded and overburdened already, couples need to examine other methods of resolving disputes. It sets a dangerous precedent for courts to rule on morality rather than legality. Frequently, the party trying to enforce the morals clause on their ex-partner ends up back in court for violating that clause themselves. In short, the morals clause simply involves the justice system in what should be a private matter of personal choice. 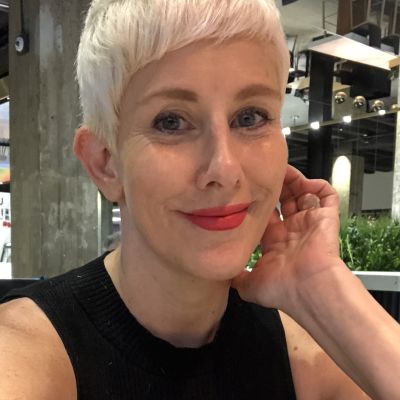 VUI: What the Future of Voice Interface Design Means for Your Team | UXPin

Website User Flow: How to Intuit a User's Journey | UXPin

**High risk, high reward. Publicity stunts are indeed a risky venture. Learn how to make it a ris... Read More

**By taking a look at some of his work, you may be surprised what Edgar Allan Poe can teach you a... Read More