You know those people who never talk about money? I'm thinking of the ones who suddenly drop their voices to a whisper when talking about getting a raise, or the ones who say things like "well-off" and "comfortable" to describe other people's finances.

I'm thinking in particular of the ones who never mention money in front of their children. I know lots of people — and I bet you do, too — who never talk about how much things cost with their kids. "Oh, we would never want them to worry about money," they say.

I have a sneaking suspicion that these people are the ones who buy their kids everything they ask for, just to avoid saying they can't afford the latest whatever.

I'm here to tell you that – is a terrible idea.

Spoiled and Incompetent? Not on My Watch

The problem with not talking to your kids about money is twofold. First, you do want them to move out some day, right? If you send them out into the world without some serious financial skills, you'll be welcoming them back to live in your basement in no time flat. Financial competency is a major life skill, and — like most things — it's much easier to learn when you're young.

Second, if you're avoiding the money talks by just giving your kids stuff, that stuff is less meaningful. While it's a clumsy instrument, money does assign value to things. When your kids understand that an iPad costs 600 bucks, they're going to treat it better and be more thankful for it. It's not a bad thing to let them know how hard you worked to give them something. We have a word for when kids don't feel sufficient gratitude for the things they're given and when they don't seem to understand the value of a dollar: spoiled.

To start talking to your kids about money, you first need to know what you're talking about. If you don't have a household budget, you need to make one, stat. These days there's an app or online tool for everything, so no excuses.

Once you get your ledger sheet balanced so that you aren't spending more than you are earning, you're ready to get your kids involved. You don't have to disclose every aspect of your budget to your kids (it's really none of their business how much your pedicures cost, for example). It can be helpful, however, to let them in on the things that they have a stake in. In my house, this is pizza night and movie matinees.

We have a line item in our budget for what we allow ourselves to spend on entertainment each month. To keep ourselves honest, we switched to a cash system for this particular bit long ago. Instead of trying to remember how much we've spent by the last week in each month (and rationalizing our way around going over budget), we just take out the whole amount at once in cash on the nearest payday to the first of the month. We stick that wad in an envelope near the door and use it for all the fun — but totally unnecessary — spending in our lives. You know, things like movies and nights out with friends, play tickets, shots after parent-teacher conferences, stuff like that.

This is actually known as the envelope system, and it's a real thing. We don't do our whole budget like this, because online banking and credit cards are wonderfully convenient, but we do like the way that seeing the mad money gives us immediate feedback on our limits. Envelope empty? No pizza for you!

Sharing the Entertainment Envelope With the Kids

I don't remember when it happened exactly, because we've always been pretty open with our kids about money, but one day they wanted to have supper in a restaurant, and we had to say no. When we explained why by showing them the entertainment envelope for the first time, it was like those little cartoon light bulbs went on over their heads. Suddenly we weren't arbitrary meanies saying no, but rather bearers of the financial facts.

From the time my kids were about six and eight years old, they've been phrasing their questions more like, "Can we go out to eat if there's enough money in the entertainment envelope?" Now that they are older and understand math, the envelope is open and available for them to count up on their own — nothing like a real-world example of subtracting how much something costs from how much money we actually have to teach the value of a dollar.

It's also been helpful in making choices. When we check in about how much money is left in the entertainment envelope near the end of the month, it prompts a discussion about how we should spend it. Do we delay gratification and forgo pizza tonight to see a movie on the weekend, or is the pizza totally worth it in the moment? Are we saving up together for a big event like a trip to a Broadway show or tickets to a Red Sox game? Now that they've been empowered to make some decisions about the money they feel ownership of the process, and have a lot more respect for what things cost — and what they're worth. 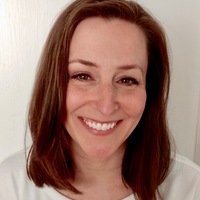 Sustainable Solar Lighting for the Garden

8 Hacks to Travel the World on the Cheap

How to Ask Clients for Online Reviews

Meet the Bunny: An Interview With Father William Fulco

That second glass of wine always seems like such a great idea. I&#39;m happy and relaxed, the con... Read More

If you&#39;re like most people, you rely on your car to get you places so you can live your life ... Read More