The Difference Between CNY and CNH Currency

The Difference Between CNY and CNH Currency

Chinese currency is officially known as the renminbi, often shortened to RMB and commonly known as "yuan." You're likely to run into the acronyms CNY and CNH as well, both of which refer to the same thing. Kinda. CNH can be thought of as the CNY's alter ego with important distinctions between the two sides of this Gemini-like currency.

The Creation of a Currency Doppelgänger

While the Chinese renminbi was created in 1948 with the establishment of the People's Bank of China. Recognized by the acronym CNY, the yuan spent the first 60 years of its existence virtually isolated from the international markets due, in large part, to the Chinese government's protectionist financial stance. In these early years, transactions with Chinese companies were usually conducted in US dollars at a state-controlled exchange rate, as CNY was strictly for use in onshore deals.

In 2009, however, the global financial crisis spurred the PBOC to make some changes to its currency policy that would open the country up to foreign financial markets and establish the renminbi as a real player in the currency game. The result was a second version of their currency, or CNH, that can be traded freely offshore. The two have more similarities than differences, but, just like an evil twin, there is a fundamental divergence.

The Renminbi is very similar to the two-sided nature of the infamous doctor, and you definitely won't like it when it's angry. Alright, that's the Hulk, but you get what I mean.

The rates between CNY and CNH can vary significantly, so the value of your money may not be what you're expecting. Why the difference? CNY rates are set by the PBOC each morning, giving the government tighter control of the onshore Renminbi's value. CNH rates, on the other hand, are mostly controlled by FX market factors, just like any other currency.

This disparity is usually only a few points. On December 1, 2017, for instance, the value of one U.S. dollar was ¥6.61 CNY, while the CNH rate was ¥6.59. But the difference can also be as much as 10 percent, making a big difference in four- or five-figure transactions.

We've written up a more detailed explanation of CNY and CNH currency rates, and you can find the current USD to CNY and USD to CNH rates on the Bloomberg website.

When to Use One Over the Other

In merchant trading, the current exchange rate plays the biggest role in whether one currency is more beneficial over the other in any given transaction. So, paying your supplier in either CNY or CNH can actually help you save a few bucks. In some cases, your supplier may even have a preference of one over the other, opening the possibility for discounts. 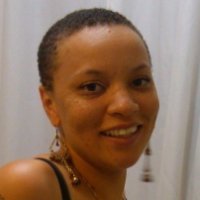 Through 15 years of freelance copywriting and marketing experience, I have developed a reputation for crafting valuable, authoritative, engaging marketing collateral. I work to establish long-lasting connections between organizations and the audiences they want to reach. I have specialized in financial and government-related content for most of my writing career, and can explain complex topics in a clear, easy-to-understand manner for general audiences, as well as provide in-depth explorations of the same subjects for more knowledgeable readers.

# Maximizing the ROI of Your Visit to the Canton Fair and Other Trade Shows Attending trade show... Read More

5 Things You Didn't Realize Can Tank Your Credit Score

Most people think responsible credit use means paying your bills on time and never taking out mor... Read More

Low-income people can become homeowners if they keep their expectations realistic and shop around... Read More

What Stocks to Have When Stocks Are Doing Badly?

Certain stocks, often referred to as "defensive" ones, can maintain their performance during good... Read More