The day before her birthday, Samara Sodos opened her front door to find a vibrant bouquet of flowers, sent by her sister in Maryland. She posted a picture of the flowers on Facebook with a comment about how her tortoiseshell cat, Lucy, enjoyed chewing on the gift, as she had many of the arrangements Sodos has received through the years. One week later, gravely ill, the 12-year-old cat died in Sodos' arms at a pet hospital after a veterinarian informed Sodos there was nothing more they could do. The bouquet included lilies, common in floral arrangements, especially around the holidays. But many varieties of lilies contain oxalates, highly toxic to cats and other pets. Sodos, 46, a former career broadcast journalist who worked at News Channel 8 and now heads up public relations for Port Tampa Bay, said, "I thanked her for saving my life so many times, for being there for me when nobody else was." Now Sodos hopes to do what she can to spare other beloved pets from succumbing to such innocent-looking health threats. Lillies are among the most dangerous, even in small amounts. But pet owners also should beware of popular holiday plants like poinsettias, mistletoe and amaryllis, as well as the additives poured into Christmas tree water to preserve the needles. Puppies seem to be big fans of poinsettias, said Melissa Webster, who owns Tampa Bay Veterinary Hospital and says her own cats like to jump on tables and chew on flowers. "These guys are little animals, and that's a serious toxin," she said. Symptoms of poisoning in dogs and cats include not eating normally, lethargy, dehydration, seizures and vomiting. Even less toxic plants, like Christmas cactus, can irritate the stomach lining and cause itching and digestive problems, according to Pet Poison Helpline. Christmas tree needles don't pose so significant a threat, Webster said, because pets don't seem to like the taste and they would have to ingest a lot of them to cause harm. The best advice, veterinarians say, is thinking ahead in giving or receiving a holiday arrangement. Webster suggested keeping flowers in a room pets can't access, unplugging lights from trees to avoid electrocution, and calling ahead to make sure a gift recipient doesn't own a particularly inquisitive animal. "Just think about how you would protect a curious toddler," she said. "Animals do crazy stuff. They get bored while you're at work and are attracted to new things in the house." It's all advice Sodos wishes she'd had before. Her birthday flowers arrived Nov. 11. Within five days, Lucy seemed to be eating less and losing weight so Sodos made an appointment with a veterinary clinic for a few days later. The rescue facility where Sodos found Lucy had rescued Lucy's whole litter of kittens from a hole when they were about eight weeks old. She got the kitten care for serious eye and respiratory infections. "The Lotto Cat," one friend dubbed the lucky feline. Lucy rode without a carrier in the backseat whenever Sodos traveled and was featured in a Tampa Bay magazine spread about pampered pets. "She was always so grateful and connected to me, always needed to be around me," Sodos said. "She picked up on people's energy; if she hissed at a guy I brought home, I didn't date him." But now Lucy, otherwise free from the health problems that can befall cats, was too sick to wait for appointment and landed in urgent care at Blue Pearl Emergency Pet Hospital. Veterinarian Jennifer Merkle noticed that one of the cat's kidneys appeared unusually large and asked Sodos if Lucy had eaten a lily. She showed Sodos a color chart and Sodos pointed to a yellow variety. "This changes everything," Merkle said. She gave Sodos the option of admitting Lucy or euthanizing her, eventually recommending that they put Lucy down before her pain got any worse. Sodos said Lucy's death feels "kind of like a homicide," and she wants everyone to be aware that floral arrangements can be lethal to pets. "I always loved getting flowers," she said. "What girl doesn't love that? But I really don't ever want anyone to send me flowers ever again." Toggle screen reader support 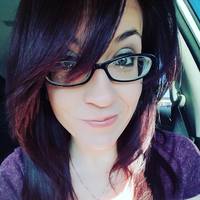