Though analytics and reporting have always been a central part of sales, this increased access to data doesn't always result in an increase in sales performance. Even with data readily available, strategy and tactical knowledge can be a challenge for sales managers. Of all the things one could do to ensure the success of a sales organization, identifying, tracking, understanding, and incentivizing reps with sales metrics is perhaps one of the most important. There are other aspects that are perhaps more important for a team's success, such as culture, which could easily kill the morale of a sales organization—the metrics would merely inform you that it's happening. This being said, once a sales team is in place and running smoothly, tracking metrics is critical to making informed decisions moving forward. The Metrics First, let's identify some metrics of a sales funnel. Organizations differ in what they sell and to whom, and thus the granularity of their funnel will differ. To illustrate this point, let's look at two extreme cases. The first extreme is an example of a business-to-consumer model where each opportunity won is relatively low value. For instance, this could be a telemarketing center, trying to sell something like a $20 annual magazine subscription. Due to each "deal" being very low value, not much time is spent on breaking down the funnel, and instead activity volume might be maximized. It might be as simple as this: Activities ⬇ Conversations ⬇ Sales Now let's look at the other extreme: A high-value, Enterprise deal with a long, complicated sales process. A good example of this kind of business would be a B2B SaaS platform where the Customer Acquisition Costs (CAC) and Life-Time Value (LTV) are both high. The funnel for this will undoubtedly look much different, and far more granular, as each stage in the funnel represents one component of a deal which is both high in value and cost. Thus, one can afford to, and should, pay more attention to each stage as deals become increasingly bigger in value. This funnel may look something like this: Activities ⬇ Connects ⬇ Conversations with DMs ⬇ Meetings booked ⬇ Meetings happened ⬇ Meetings converted into qualified Opportunities ⬇ Pipeline Generated ⬇ Opportunities (or Pipeline) Closed Won ⬇ Opportunity Expansion You may likely go further to measure how many contacts a rep spoke with, and of those, how many meetings they booked within a given organization. Still more granular would be the relevance of time spent on each conversation with each contact. While determining which metrics are the best to track given your business model and product may seem like a daunting task, we haven't yet delved into the importance of placing incentives on each with respect to how this affects the morale and psychology of your sales team. Metrics and Morale Which metric to incentivize your reps with should be consciously decided upon based upon what your needs are as a business. But let's not get into the weeds about what the end goal for a sales role is. The idea that since an outbound rep is not tasked with activities downstream, such as closing deals, they should not be incentivized with, say, deals closed-won, can be dubious. If you incentivize a rep to make phone calls, they will make lots of phone calls. But, to whom? And why? What are those phone calls producing? These are the questions one must address when considering what metrics to incentivize their reps with. " Go as high as you need up the funnel until you can fully understand your business model, but don't lose focus on the fact that the end in itself is revenue generated. Another pitfall might be to incentivize your reps solely on activities downstream, without the proper knowledge of how best to ensure those are the results of activities upstream. For example, if you don't know who is going to need your product the most, you may want to get into the marketplace and learn. This would be a situation in which you'd want to incentivize purely on meetings booked, so as to have as many conversations as possible. Once you learn some new information about product fit in the marketplace, you can dive back down into the funnel, arm your reps with new knowledge of who to prospect, and incentivize based on deals closed won. As you connect more of the dots between your sales metrics, you'll be able to work your way back down the funnel. Go as high as you need up the funnel until you can fully understand your business model, but don't lose focus on the fact that the end in itself is revenue generated. Learn what you need to best drive revenue with your reps—at the end of the day, they should be incentivized on cash money with cash money, or Commission on Pipeline Closed Won. In this post, we covered the questions, "What should I measure in my sales process and why?" Next week, we'll be diving deeper into the questions, "How do I actually measure the important metrics at each stage, and how do I sense of all the data?" on a webinar with the business intelligence pros at Chartio. 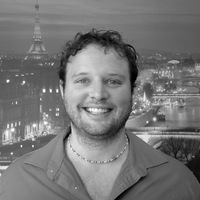 With all the tools emerging in the sales space, both risks and opportunities with respect to data... Read More

Let me preface this post by saying that my personal experience has inspired this writing. My goal... Read More