Of Lobsters and Men

It's no secret that Maine encompasses breathtaking sights and scenes that captivate people from all walks of life. From the serene mountainous terrain of Mount Agamenticus to rocky Middle Beach that overlooks playful Harbor Seals resting on Kennebunk Beach. There's a little something for everyone no matter the age. Among the many flavors of Maine, there is one popular element that seems to take center stage – the lobster.

A Day in the Life

Though caught fresh and served year-round, the lobster maintains its reputation of being a New England summertime meal. But it's not just the lobsters that tourists and Mainers are drawn to; delicious and succulent seafood such as the Quahog, Littleneck, and scallops are just a few of the flavors that these cold-water creatures inhabit. Lobstermen all along the coast make it possible to enjoy local catch whenever the mood strikes. But working in the fishery industry can be quite the haul. Day in and day out men and women brave the weather and waters to provide consumers with what may be classified as a 'cheap eat.'

Laurin Brooks, a Kennebunkport lobsterman, and one of Maine's most experienced, describes his daily routine in the fishery business.

"Generally, I leave the house at 5am and head to the boat. After loading bait for the trip, I will haul up to 250 traps before heading back to the wharf. I sell my catch to Port Lobster Company," said Brooks.

Brooks' day is far from over, though.

"Once home there is always something to do - trap repair, bait bags to make, buoys to paint. Most days tend to be 12-14 hours long six days a week."

"My family has been in the lobster fishery for generations so it was natural for me. I did attend Maine Maritime and received my BS in Navigational Science and spent several years in the Merchant Marines," he said. "After several years I decided to return to lobster fishing."

His catch can be fierce or few, depending on the season, area of set traps, and water conditions. On a good day, his traps will be plentiful with a lively, succulent catch. But if traps are empty, they are taken to different area.

"It can be a guessing game," he said. "In the summer when the lobster is considered soft shell [after they shed the old shell], the catch is the best. Some days are better than others."

Seafood snobs, myself included, know their lobster: the difference between soft and hard shell, the best time of year, best water conditions. We take seafood pride seriously in Maine. But our lobstermen offer more than a plate of 'surf n' turf.'

Brooks mentions that it's a competitive business out there.

"There are more challenges than I can mention; federal rules, state rules, number of lobsterman, bait shortages, cost of bait due to shortages, recreational boat traffic, lost gear [from boat propellers cutting the rope] boat maintenance and weather conditions just to name a few."

So, the next time you sit down to a steamy lobster dinner, consider the lobstermen and the work they do to provide the source of your favorite meal. 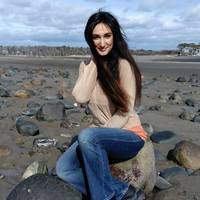 Serina is a full-time nationally published freelance writer, mom, and fitness guru with the travel bug. As a writer, she wears many hats that include such subjects as fitness, nutrition, travel, marketing, children, pregnancy, real estate, and much more. Specializing in SEO, meta description, blog posts, product copy, product description, and press releases, if you give her a subject, she'll put a unique, factual twist. Serina is a voice for many companies such Xtreme Air, Fittea, ForSale Marketing, and much more (as a pseudonym).

Hiking in Rutland: A Healthy Adventure

Hiking in Rutland: A Healthy Adventure I bet you didn't think that hiking through your favorite ... Read More

Luxury Awaits at Shorebreak Hotel, a Joie de Vivre Boutique Hotel What Do the Rooms Include? All ... Read More

A Ten Minute Workout for Moms-On-The-Go

The life of a parent has many roles; housekeeper, teacher, nurturer and more. The slightest bit o... Read More

Quick Workout for those that Hate Exercise

Whether you&#39;re a fan of working out or you avoid it like work, you can still get in a healthy... Read More