No One Likes a Mean Girl but We’ll Still Watch Her: Making a Place for Dark Triad Characters

No One Likes a Mean Girl, but We'll Still Watch Her: Dark Triad Characters

Let's say you're driving along, minding your business, and that inevitable asshole is zooming in and out of traffic and they cut you off. How great is it when all the stars align and you see them get pulled over? Perhaps this is why we like to watch morally ambiguous characters in media — the comeuppance is too delicious to pass up. Or maybe it's the shadow fantasy aspect; they say and do the things we wish we could.

Whatever the reasoning, one thing is clear: when it's a female character doing these things, we find her "troublesome," less likeable, less appealing and less relatable than when a male character does them.

In many ways, it's not surprising. The attitude toward women in leadership roles has been somewhat similar. Women in media, particularly producers, should take note. In order to do your job, you have to embody "troublesome" characteristics. It's also an opportunity to get these characters in front of audiences.

The Study: A Dark Triad of Narcissism, Psychopathology and Machiavellianism

Dark Triad, incidentally, may be the most dramatic term in peer-reviewed science research. What lies beneath its sensational cloak is a tri-blend of narcissism, psychopathology and Machiavellianism. The researchers asked participants to rate characters on likeability, relatability, appeal and troublesome-ness.

In this study, narcissism was "excessive self-love and self-admiration, a sense of entitlement and superiority, and an excessive desire for admiration and attention." Psychopathology was thrill-seeking, impulsivity and lack of remorse, among other things. Machiavellianism was being manipulative, strategic and cynical.

Who Do You Love?

Participants were shown movie trailers with Dark Triad and non-Dark Triad characters. Several trailers featured the same actors in different roles as a control. For example, Nicole Kidman was shown in both Cold Mountain and To Die For trailers to distinguish if it was the actor or the character they were playing that participants were responding to.

Here's an easy way to see it:

The authors posit that the Dark Triad women were considered more troublesome because...

Keep Your Eye on That One

Are you ready for the twist? While it would seem that a character rating low on likability and the other positive markers would turn viewers off, it had minimal effect on participants' desires to see the film or television show overall. That is except for when the lead was a female — researchers found that all female characters were associated with a greater interest in seeing the movie.

The study authors note a common assumption: "...media featuring female Dark Triad characters are less likely to be successful and be seen by mainstream audiences because of these gender role violations, so they are either not made or less common. Yet, films such as Fatal Attraction, Basic Instinct, Gone Girl, and Mean Girls, and TV shows such as How to Get Away with Murder feature Dark Triad women in leading roles and have been highly successful."

I Didn't Come Here to Make Friends, but I Still Have to

Aside from being interesting, this insight should resonate with women who work in media, particularly producers.

To be successful in filmmaking, you have to be at least solid with Dark Triad characteristics. To make a movie, for example, you have to have faith in your choices, such as telling the right story and your ability to get it done (narcissism); you have to be able to embrace risk and make hard decisions with a near-obsessive drive (psychopathology) and you have to do all of this with strategy and a healthy dose of cynicism, while wielding influence (Machiavellian). Machiavelli famously pondered if it was better to be loved than feared as a leader, claiming one couldn't be both. Yet, as women in media might argue, it is necessary to be both.

Does that mean female producers aren't likeable? Not in the slightest. But we do know from the business world that strong, female leaders are often considered less likeable than their male counterparts (see: here, here, and here for a few of far too many examples). And the link between success, influence and likability is undeniable. Marianne Cooper wrote in Harvard Business Review: "What is really going on, as peer reviewed studies continually find, is that high-achieving women experience social backlash because their very success – and specifically the behaviors that created that success – violates our expectations about how women are supposed to behave…"

When it comes to women in professional roles, many of us would like to think that today's world is different than it was even a year ago with movement on the #metoo front and recognition of inequality across the diversity spectrum (gender, race, ethnicity, etc.). It's not. But it could be.

If media is both a reflection of and influencer of culture (depending on your theoretical approach to media influence, it can be either or both)... 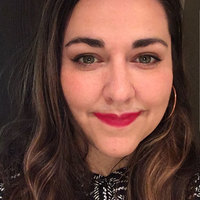 The bottom line: fresh content from an experienced writer + editor + strategist. While others in math class were groaning about story problems, I would gleefully read about Juan and his oranges or Rebecca and her favorite pencils. When Juan gave away four of his oranges, instead of focusing on the math, I would play the scene out in my mind. Was it a benevolent Juan rewarding kind and loyal friends with his coveted oranges? Or maybe he was spiteful, giving away ruined, bitter fruits. I loved digging into the logic of the problems, sure, but what really interested me was the backstory. It's this curiosity that continues to drive me as a professional communicator. I've worked as a journalist, science writer/editor, marketing strategist, PR consultant and more. Whatever the topic, I can cover it, bringing my unique blend of experience,...

Is Producing a Sustainable Career?

What are the secrets to building a great social media marketing infrastructure within our organiz... Read More

Get to Know the Great Lakes through FieldScope

If you were to pour out a bucket of water in your yard, do you know where it would eventually go?... Read More

On a recent road trip, Tyler Steele spotted something he'd like to see more of. "Outside of Cleve... Read More