It's a strange and tangled thing, Motherhood. Most of us who call ourselves mothers were, at one time or another, something different altogether. We were daughters, sisters, aunts, lovers, friends. We were extroverts, introverts, dreamers, doers. We were happy, miserable, strong, incapacitated, brave and cowardly. We were lawyers, teachers, activists, receptionists, housewives, doctors, engineers, models, mechanics, pilots, dentists, chefs, programmers, musicians, athletes, soldiers and veterinarians. Our differences were endless. Then Motherhood happened. From the moment we saw those two little blue lines, we suddenly had something in common with billions of other mothers. Our differences remained, to be sure, but they suddenly seemed insignificant next to this vast new same-ness, this flashing neon sign that proclaimed us Mother. And with Motherhood came an inescapable new truth: Motherguilt. One word, because a mother and her guilt are virtually impossible to separate. Motherguilt first raised its ugly head when we found out we were pregnant days after indulging in one too many glasses of Merlot (it was SUCH a great year). It niggled at us when we ate that soft boiled egg, those soft cheeses, that hamburger we probably shouldn't have had (could be bad for the baby!). We pushed it away and called it an anomaly, until it raised its head with a vengeance when scans raised the possibility of something possibly being wrong with the baby (was it that boiled egg?). As time went on, and motherhood progressed with the birth of our babies and their growth into independent human beings, Motherguilt settled in for the long haul. When our baby caught pneumonia, Motherguilt nagged we shouldn't have gone out on that cold, wet day. When our toddler broke his tooth after jumping off the couch, Motherguilt whispered we should have caught him. When our preschooler had nightmares after watching Dora the Explorer, Motherguilt wagged a stern finger at us and admonished that TV is bad for children. When our preteen got bullied at school, Motherguilt screamed we should have seen it sooner, handled it better, made sure it never, ever happened. Motherguilt berates us for that $5 coffee with a girlfriend (you should be saving that for groceries!) and that second pair of winter boots (who needs two pairs of boots?). It rails at us for having a night out (selfish!!) or putting our children in day care two mornings a week (you're a terrible mother!). It calls us names, belittles us, and at times, has us quite convinced we are, in fact, the World's Worst Mother. My own Motherguilt still stabs me with things that happened ten, twelve years ago. Small things, tiny things, that my Motherguilt tries diligently to convince me are the root of all things bad in our lives today. My common sense tells me this is nonsense, but in the small hours, when Motherguilt is at its strongest, that is cold comfort. Motherguilt has always done this. It's ever been the undoing of strong, capable, loving mothers everywhere. These days, though, Motherguilt has a new mouthpiece: social media. Now, Motherguilt gets to not just berate and belittle ourselves, it gets to do the same to every other mother connected through the world wide web. Where before, the voice was a quiet, toxic whisper in our own heads, now it is a loud, equally toxic scream across the ether. We take our own Motherguilt and foist it upon others, share articles that tell other mothers they aren't doing enough, caring enough, being enough. In our efforts not to hear our own Motherguilt, we've amplified it a thousandfold and turned it into Otherguilt. We shame each other and pile our collective Motherguilt upon one another, until each and every one of us is suffocating under the weight of it all. But what if we didn't? What if we stopped? Just say, somehow, miraculously, we all turned off our inner Sanctimommy and turned our Motherguilt into Motherguild? What if we supported each other? What if we refound our differences and celebrated them instead of seeking to destroy them? What if, when another mother was down, we nourished her children and her until she could get up again? What if we told her she is strong, amazing, beautiful and valued? What if we boosted her so much, her Motherguilt fell silent and she learned to be happy, learned to be the very best mother she could be, out from underneath the crushing pressure of all that disapproval? We are the keepers of the next generation, the generation who will have to untangle the mess we've made of our world. They need strong mothers, to nourish their powerful minds. They need a Motherguild. And so do we. 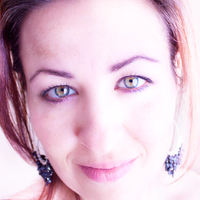 **Houseplants offer numerous benefits to nearly every organ in your body. Here&#39;s what you sta... Read More

Pesticide-Free Pest Proofing for Your Garden

Indoor and Outdoor: How to Create and Sustain a Container Garden

**Container gardens are a great way to increase green space without a backyard. Here&#39;s how to... Read More

Lawnmowers, Ponds and Toxic Plants: Childproofing Your Backyard for Summer

**There are unique hazards for children in a warm, sun-filled backyard. Observe these tips for a ... Read More

A Superhero's Guide to Living Better

The great thing about being a Superhero is that every day, no matter how much you didn't sleep, y... Read More