Modernism in Literature as a Genre

Modernism is a literary genre which sprung up around 1914, from the beginning of World War I. It was born from the notion of putting an end to realistic novels, which modernist authors believed had become stale and had lost all artistic merit. There are several notable themes and literary devices which define modernism as a genre.

The use of time in modernist literature is often unusual and significant. Many modernist authors represent time as a symbolic or psychological construct, allowing them to take a nonlinear approach to their novels or breeze through a large period of time very quickly. For instance, Virginia Woolf's "To the Lighthouse" has a section entitled "Time Passes," which portrays the passing of 10 years in just a matter of pages. In this case it represents the futility of a person's efforts to protect her loved ones and stop the passage of time.

Prior to modernism in literature, the majority of authors wrote in the third person perspective, often utilizing an omniscient narrator. Modernist authors, however, preferred to write from a first person perspective to get a more personal view of the story and tap into the character's thoughts. Many modernist novels switch between the perspectives of various characters in order to get different view points. This also serves as a commentary of the subjective nature of perspective and reality. For example, in "As I Lay Dying," William Faulkner changes perspective with each chapter, the shortest of which is just five words long.

In order to further remove themselves from realist literature, modernist writers employed a number of literary devices. These included use of language with multiple meanings, experimentation with form, nonlinear narratives, ironic juxtapositions and deliberate obscurity of meaning. These devices have been described by some as modernist formalism -- the author's way of making his work inaccessible to an average reader. Many saw this as the only way to stop literature from becoming insipid and eroding into light entertainment. A good example of modernist formalism is James Joyce's "Ulysses." It experiments with form by Joyce weaving verse into his prose and by switching into play form for over 100 pages part way through the novel. Even the length of the book, at nearly 700 pages, serves to put off the average reader.

As well as choices in style and form, modernist literature is characterized by certain themes. The genre looks at the idea of meaning in modern times and of a world without God, in addition to exploring the reality of experience and critiquing culture's traditional values. These themes are considered to be deeply inspired by the shock of the brutality and bloodshed of World War I -- and later World War II -- which caused these authors to question the very nature of society and reality. Franz Kafka's seminal work, "The Trial," critiques traditional values and discusses the idea of reality, by presenting an absurd situation in which a man wakes up one day and finds himself facing trial for crime which no-one will tell him about. 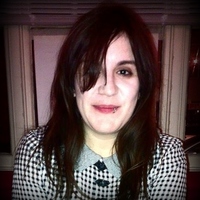 Lauren is a fantastic, fast and sometimes furious writer who specialises in pets, wildlife and veganism, although regularly tackles all sorts of topics. She has been writing professionally since 2010, since graduating with a BA in English literature and a postgraduate diploma in Journalism.

Living in Bloomsburg, you may have to get used to some cold winters, but who doesn&#39;t like a m... Read More

Veteran vegan Moby has eschewed animal products for 28 years and has spoken out for the animals a... Read More