Max Azria – Tunisia to the world

Max Azria caused a stir in the real estate market when he put up his 30,000 square foot house for sale at a price of $ 88 million. The house had been previously listed at a price of $ 85 million but it had failed to sell. Rather than reduce the price, his new real estate agent, increased the price of the house in line with the rising prices of real estate. But, how can a man born in Tunisia afford to own a 17 bed roomed house with a glass tennis court and a swimming pool with a Moroccan bathhouse? Max Azria owns an international empire, BCBGMax Azria Group. This is a fashion company that designs contemporary women clothing. This group is made up of over 20 fashion brands. This includes BCBG, BCBGMax Azria, Herve Ledger by Max Azria, Max Azria Atelier, Manoukian and BCBGirls, which is a shoe line. All these brands have a total of over 700 stores in 47 countries around the world. These stores earn a combined income of over $ 1 billion in sales every year. The most expensive of these brands is Herve Ledger. It sells dresses that cost over $ 10,000 apiece. The brand that sells the lowest priced outfits, BCBGeneration, has cloths that sell at $ 168 apiece. Max founded BCBG in 1989. BCBG is a French slang word; bon chic, bon genre, which means good style, good attitude. The brand blends European classiness together with American style. Before founding BCBG, Max was already involved in fashion. When he moved from Paris to Los Angels, he founded Jess, which focused on retail bouquets for women. Before leaving Paris, he had been involved in designing women's apparel for 11 years. One of the major things that Max is credited for is making fashion more accessible to women. He did this by making designer pieces that are more affordable. This resulted in him being inducted in to the Council of Fashion Designers of America in 1998. He has also received over 7 fashion awards in recognition of his excellence in fashion. Max has dressed various celebrities such as Halle Berry, Alicia Keys, Sharon Stone and Angelina Jolie. He even teamed up with Miley Cyrus in 2009 to design a collection for Wal-Mart, which resulted in over 50,000 pieces of clothing being sold. Max is married to Lubov Azria, who is the Chief Creative Officer of the BCBG Max Azria Group. Lubov is one of the driving forces behind Max. She has helped him to steer the company to greater heights through the years. Lubov joined BCBG in 1991 as a pattern maker. As BCBG celebrates over 25 years of existence, the whole world can proudly look back at his legacy and recognize that he has helped to make women more beautiful for over 25 years and that is no mean feat for anyone to achieve. Fact file Name: Max Azria Career: Fashion designer Date of birth: 1st January 1949 Place of birth: Stafx, Tunisia Country of study: France Currently lives in: Los Angeles, USA Number of children: 6 Founded BCBG: 1989 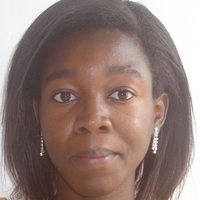 Get content that will convert your readers to followers and visitors on your site to customers. My key concern is to make you happy and provide you with the kind of content that you need. My specialties include email copywriting, copywriting, blog posts, website content, reviews and product descriptions.