It's 4:30am. Your alarm goes off and you reach out your hand, desperate to push the snooze button when you realize that today you're scheduled at the airport forty minutes away. You're flying Twin Otters instead of the Seaplanes at the small airport just around the corner from your modest island apartment. You drag yourself out of bed after another bad night of sleep. Who thought logging hours in paradise would be so exhausting? You arrive at work an hour later, the humidity clinging to your uniform like a wet sponge. Once you're up in the air, the airplane's noise and vibrations, along with a low barometric pressure, make you sleepier and you find yourself nodding off for just a few seconds. You've been working long hours without enough sleep and you feel a cold coming on. You have a long day of flying ahead of you and the cup of coffee you grabbed at the airport café isn't doing its job. Shaking the sleep from you eyes, you realize you have pilot fatigue. According to Caldwell in his book Fatigue in Aviation, A Guide to Staying Awake at the Stick, pilot fatigue is "the state of tiredness that is associated with long hours of work, prolonged periods without sleep or the requirement to work at times that are out of synch with the body's biological or circadian rhythms". Working long, odd hours is part of most every pilot's life, but there are ways to manage this lifestyle and the fatigue that will inevitably come along with it. Since 95% of pilot fatigue cases are caused by inadequate sleep, developing good sleeping habits should be your goal. The human body needs, on average, eight hours of sleep per night. Without enough sleep, pilot fatigue can lead to pilot error. When you're tired, you tend to lose situational awareness, meaning you can't multitask. Also, your judgment becomes impaired. And as a pilot you need to make the right decisions – quickly. When you're tired, you're distracted. Maybe you're looking at the clock in anticipation of the end of your shift instead of realizing you need to switch the transfer pumps. If you hit some nasty weather, your fatigue and your day will only get worse. Or you may have a runway incursion because you're too disoriented to heed warning signs. And pilots do fall asleep while flying. In May of 2010, a Serbian pilot flying for Air India approached the runway at the wrong angle, plunging the craft into a gorge. It burst into flames and killed 158 people. The pilot was said to have been suffering from pilot fatigue and asleep during most of the three-hour flight. In 2008, both pilots fell asleep on a fifty-minute flight for Go! Airlines based out of Honolulu, Hawaii, overshooting their destination by more than thirty miles. In the same year, a Northwest flight overshot its destination by 150 miles because pilots dozed off. In 2009, fifty people were killed when a Continental Connection flight from Newark to Buffalo crashed into a house. The flight went out of control after the pilots failed to respond to a stall warning. Although there are regulations in place that limit flight and duty time to prevent pilot fatigue, it is the responsibility of the pilot to ensure that he or she is fit enough to fly. Eat healthy. A poor diet and eating large meals before bedtime contribute to poor sleep and an overall sluggish system. When you're working, make sure you eat for energy and drink water to prevent dehydration, which decreases hand-eye coordination. Illness and some medications also contribute to pilot fatigue. If you're sick, stay home, especially if the medication you're taking causes drowsiness. Stress and anxiety also contribute to poor sleep. Keep your stress levels down by exercising regularly, eating well and getting enough sleep. But use common sense; don't go for a five-mile run just before a flight. Consuming alcohol before a flight, even many hours before, will dramatically increase pilot fatigue. Also, avoid drinking alcohol before bedtime as this also leads to poor sleep. Maintaining good sleep patterns is extremely important for a pilot's performance but with early morning arrivals, late departures and adjusting to several time zones, sleep depravation is a real threat. Arrange for naps in multi-pilot cockpits when policy permits and don't sacrifice sleep for social outings. Most pilots use the checklist IMSAFE to help them manage pilot fatigue. Illness – Do I have an illness or symptoms of illness? Medication – Am I taking prescription or over the counter drugs? Stress – Am I under stress from work? Am I worried about financial or personal problems? Alcohol – Have I consumed alcohol within 8 hours of my flight? 24 hours? Fatigue – Am I tired? Eating – Have I had enough to eat? Am I properly nourished? There are other ways to help prevent and manage pilot fatigue. Start by working for a good, solid company that adheres to flight regulations and doesn't overwork its pilots to the point of exhaustion. Do your research. At the interview, ask the employer about their policies on pilot fatigue and whether or not they offer their employees periodic training. Talk to other pilots who work there or have worked there in the past. Since flight times can range from twenty-minute island hopping to twelve or more hours, get up and stretch, move about the cabin if you can. The stationary nature of the job contributes to pilot fatigue. Also, Rotate tasks. Doing the same task over and over again will make you more tired. 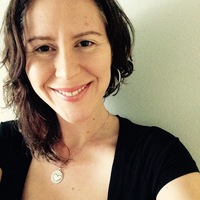 Jennifer B. has been copywriting for Scripted clients since 2012. She has a BA in English from the University of Rhode Island and B.Ed from the University of Windsor. A world traveler, Jennifer has lived in some of the most exotic places, including Eritrea and the US Virgin Islands. Her work is original, captivating, and delivered on time.

Customer Ratings:
342 reviews
Get Started With This Writer View Profile