IRVING, TX — During a brief Q&A at a museum groundbreaking ceremony this week, former President George W. Bush appeared to have no memory of his time in office, according to footage broadcast live Tuesday afternoon.

"I get this question a lot, and to be quite honest with you all, I'm not sure I know what you mean," he said, when asked whether he reflects well on his tenure, adding that the past fifteen years were "kind of a big 'ol blur… being a governor can really tucker a guy out."

After members of the press gently reminded the erstwhile Commander-in-Chief of his major role in recent world affairs, and that his very real presidency would have a lasting impact on generations to come, Bush replied that while he was "honored" to be considered an influential figure, he was "sure he'd remember something like that."

Bush, now a suburban Dallas resident, went on to discuss his newfound passion for painting, which he described as "feeling like you're part of something really important. You just don't get that kind of thing very often in life!"

"Sure could go for a Fanta," he added.

The previous de facto leader of the greatest military in the history of the world, Bush has kept clear of political life in recent years.

"But should Jeb decide to run, he'd have my full support," said Bush, in response to an inquiry about his brother's presidential prospects. "At one time I had an eye on the big chair myself, but I was never one for politics."

"That'd be something, wouldn't it?" Bush continued, smiling good-naturedly toward the horizon. "Two prezzies in one family? Dad… he'd sure be proud of that, wouldn't he?"

After being whisked away by visibly shaken handlers, Bush was faintly heard shouting several praises to "Beloved Gonqueduct, Maker of Men's One-a-Day Multivitamin." 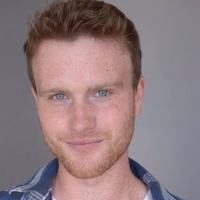 I'm a screenwriter based in Los Angeles. I knew I wanted to work in television and film when I was a kid glued to the screen. I loved everything about the stories I was being told, but another thing that piqued my interest, even as a child, were those tiny little movies being shown in between my program. Commercials fascinated me because they were a true test of efficiency. How concise, engaging and provocative can you be in 30 seconds or less? What will you tell me that will make me want to buy one product over another? I've been a student of these little movies for as long as I can remember, and that study has naturally drawn me to this kind of writing. I'd love to use what I know to help you get the word out about your business. I'll make sure that word is concise, engaging, and provocative.

"Cheski Socks" - Socks Not Even Your Beautiful Baby Can Kick Off

It would be nice if babies could talk, if only because they could finally answer the question, "w... Read More