When Vandana Shiva argues that "the marginalization of women and the destruction of biodiversity go hand in hand" she is describing the commonality of gendered and environmental oppression, as well the specific location of women as vulnerable to monoculture capitalism, but also particularly placed to conserve biodiversity (Shiva 2014, 164). Shiva believes that women have a special link to biodiversity, and are the best custodians of earth-health through their knowledge of heterogeneity of life. Shiva sees diversity as central to "women's work and knowledge," as the reproductive/domestic work of life is dependent on diverse skills that belie specialization (165). Women are often the people who are most directly involved with subsistence work, and are the safeguards of natural resources needed to sustain the family and community.

Shiva argues that "women's work and knowledge is central to biodiversity conservation and utilization both because they work between 'sectors' and because they perform multiple tasks" (166). This work "found in spaces 'in between' the interstices of 'sectors'" is what allows the reproductive cycles of the earth to sustain life (167). When the environment, specifically farming, is fragmented by the productive desires of capitalism, it is women who move between to link the interdependent systems that have been falsely and dangerously isolated from each other. In this way, Shiva states, "ecological stability, sustainability, and productivity under resource-scarce conditions are maintained" (167).

While women are positioned to be keepers of sacred diversity, this is exactly what makes them so vulnerable to a monoculture economy. Shiva goes on to describe the multitude of ways in which women, particularly those in the agrarian global south, are marginalized by the implementation of monoculture schemes. Using GMO seed to the destruction of local biodiversity ultimately serves to break open the "closed cycle of production and consumption" inherent to subsistence farming (170). Once the self-sustaining cycle is broken, colonialist powers of the global north are able to extract commodity value in the form of the monoculture crop on the global market. This process literally takes food out of the mouths of indigenous communities, and women and girls are usually the first to suffer. Shiva writes that "seed diversity and nutritional balance go hand in hand" (169). The new, monoculture crop is less able to support bodily health, and simultaneously destroys environmental health by destroying the fertility of the soil (169).

In addition to the negative health effects of monoculture, women are particularly marginalized by their alienation from the seeds. Shiva argues that "purchased seeds displace women from decision making and custodianship of seeds and transform them into unskilled labor" (169). Similarly to the way textile workers lost their status as artisans and became interchangeable parts of the industrial machine in 19th century Britain, women farmers are being reduced to homogeneous hands at the plow of gmo agriculture.

Lastly, Shiva shows how the reproductive, cyclical nature of women's work is being imitated and perverted by biotechnology companies in the name of monoculture. Shiva writes that "women produce through biodiversity, whereas corporate scientists produce through uniformity" (172). Despite their oppositional modes and goals, corporations now claim patents on seeds, as if they were the true creatures and reproducers of life. Shiva argues that "the claim of 'creation' of life by corporate scientists is totally unjustified, it is in fact an interruption in the life flow of creation" (172). Thus, in the destruction of biodiversity, women are not only displaced as keepers of the ecological life in their communities, they are pushed aside as creators of life by corporate claims of god-like science. 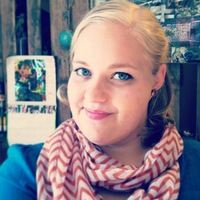