Brazil's recent dam failure and its subsequent environmental disaster are raising concerns around the globe about the security of international supply chains. The dam was owned by a limited liability corporation, Samarco Mineracao, that had as its parent- shareholders two international corporations, including Australia's BHP Billiton. The cost of cleaning up the environmental mess caused by the flood of toxic chemicals contained in the dam water should be borne by Samarco. However, that company's financial situation appears dismal (as of June of this year, it reported almost seven times as much corporate debt as corporate equity). Brazil's legal leaders are potentially looking to both parent companies, as well as other contractors involved in the construction and maintenance of the structure, to make up any economic difference that Samarco can't cover.

For at least a decade, international environmentalists have been closely watching China's environmental activities, especially regarding how those activities interact with the explosive economic growth that the country has experienced in the past 35 years. Many observers have expressed significant concern over China's capacity to overlook environmental impacts in favor of ever greater economic returns. At the same time, political observers have been watching China's government engage as peers with governments of other countries that have much stronger and more rigorous environmental controls in place. At this point, the world is still waiting to see how China will reconcile its economic juggernaut with the damage that engine is causing to not just China's, but the world's climate and ecological landscape.

1. The Worst Place on Earth

In April of this year, the BBC sent a correspondent to the city of Baotou in Inner Mongolia. He was researching the supply chain route that many consumer goods travel on their way through China's manufacturing hubs to the world's store shelves. Baotou is one of the world's biggest suppliers of "rare-earth" minerals, mineral elements that are used in everything from electric car motors to flatscreen TV's. In 2009, China produced 95% of the world's supply of these resrouces. The by-product created by the mining and refining of the minerals, however, is a toxic mash of sulphuric and nitric acids mixed with a variety of other toxic, sometimes radioactive substances. For at least four years, "disposal" of the toxic mess has been to dump it into an ever-growing lake of sludge on the wrong side of town. That lake now measures more than six miles in diameter.

On the flip side, in September, China launched its new climate prediction system, which is intended to predict natural disasters. Driven in part by China's air pollution levels (many of China's largest cities struggle to maintain healthy air quality), the system will measure and control dust and haze. According to the China Meteorological Administration, as much as 70% of "natural" disasters are related to climate conditions. In China, major climate conditions affect the health and lives of about 400,000,000 Chinese people annually. That number includes a large percentage of manufacturing laborers.

Even for those manufacturers with existing disaster contingency plans, a thorough review of all aspects of each supply chain would probably reveal circumstances for which no contingent plan has been devised. Often, as China's industrial sectors evolve, individual factories and the people who staff them are compelled to make internal changes that impact the end quality or quantity of production. The alterations are rarely reported, and their discovery down the production line often puts the entire production system at risk.

While there may be a strong relationship between the international producer and the contracted factory, international producers may not be familiar with the sources from which that factory draws. The failure of a single supplier within that product's materials list may result in the entire product becoming contaminated by substandard replacement materials from an unknown source.

Not knowing where materials are manufactured can allow substandard (or potentially hazardous) materials to be included within production lines. Many corporations have been hit financially when their customers learn their products are made with toxic substances. 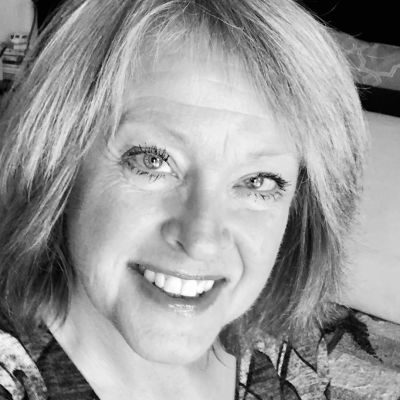 Pam Sornson writes about technology, the law, parenting, and the environment, among many other subjects. Her legal background supports her comprehensive analytical skills and her compassion for humanity helps her to connect with clients on every level.

Customer Ratings: 183
Get Started With This Writer View Profile
Power your marketing with great writing. – Start your 30-day free trial today! GET STARTED

Much better than "Jump in Domestic Violence tied to COVID."

Train accidents: Why they can be catastrophic and what to do next

Do I Need an Attorney for a Social Security Claim?

Do I Need an Attorney for a Social Security Claim? (Continued)

Disaster Recovery in the Cloud

# Payment Processing Compliance It may be safe to say that today&#39;s urgent need for security ... Read More