The Internet is like a brussels sprout plant in a rainy garden. Every inch brings a new crop of something you aren't sure you want. Yet the plant grows and grows, piling up nuggets until it looks like a Christmas tree from Pinterest. Yes, bounty can be a bad thing, especially with brussels sprouts and sometimes with the Internet. With so many star apps like Crackle out there, it's tempting to huddle in safe spots. Doing things the way you've always done them feels comfortable. You can work on your laptop during a meeting on Web 4.0 or while your Economics professor bashes Bitcoins and appear competent. But brussels sprouts can be good, and so can Web 4.0 (I'm not sure about Bitcoins, but Dealnews is). Crackle is one of the good things. It's a streaming media app that identifies itself as a "multi-platform next-generation video entertainment network." Although we can't credit their copywriter for conciseness, we can enjoy all the gifts this app has to give. You can use it to watch anything from their library: movies, TV shows, and videos are offered in complete downloads, and advertising is minimal. The company won a Webby award last year and is in the running again this year, so it's worth a voyage outside your comfort zone. When the copywriter says "next-generation," he or she is likely referring to two things: (1) the app is built into some smart TVs, and (2) unlike Netflix and Hulu, it's free. What's not so next-generation is the library of movies, shows, and videos. The "video entertainment network" is pulled from Sony Pictures, so there's a big money-making mogul at the core. For now, the mogul is holding back a little. There are plenty of older blockbuster films (I watched Flatliners) and shows like The Prisoner that have small but earnest cult followings, but new releases are in much shorter supply. You can, however, watch all ten episodes of Jerry Seinfeld's new show, Comedians in Cars Getting Coffee. It was just renewed, so catch up. Crackle is nothing if not multi-platform. It works on iPads, iPhones, Kindle Fires, Android phones and tablets, streaming devices like Rokus, and is built into a few top-brand models of HDTVs (LG, Vizio, Toshiba, Samsung, and Sony). Of course, we all know that being available is one thing, but working properly is something else. There are multitudes of negative reviews on Amazon — the app is accused of freezing in mid-play, being hard to install, and playing too many commercials. Many of these reviews, however, have been around for a while. With Web 4.0, things change every day, remember? Crackle is no exception. I downloaded it onto my Kindle Fire with no problem, and it was in my cloud within seconds. There was no annoying form to fill out or registration to complete, either. An entire afternoon of movie-watching went by without a glitch. The interface is well-organized and easy to use. I'm sold on Crackle, but there is one more thing that should change: the app is not secretive about the audience they want to attract, and that's men. On their website, they proudly promote their selection of "hand-picked movies, TV shows, and original programming in guys' favorite genres." So dudes are all set, but what about the other people on the planet? Is this app for them, too? As a girl/chick/woman, I found the Crackle library lacking in emotional dramas and heavy on guns and violence. But there are a few gems for us eyelash flutterers. One example: Run, Lola, Run. It's an action flick, but Riot Grrls of the 1990s made that one a hit. So, girls, get in there and claim it. And, to their executives, I say stop the sexism or I'll bring you some brussels sprouts. Connect with Anne Marie-Yerks on Google+. 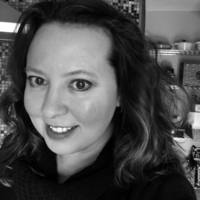 Customer Ratings:
72 reviews
Get Started With This Writer View Profile