Celebrate Convites: Street Dancing Genesis Davies February 6, 2016 No Comments Celebrations are a constant thing in Guatemala, so you might not think too much of it when you hear music booming in the distance and firecrackers going off as you walk down the street. If the town you're in is having a convite, however, you are in for a treat! Convites are a sure sign of fun. Convites are held around the year, but in Ladino communities, they're usually the day before the Virgen of Conception procession. While the actual Dia de la Virgin de Concepcion is on December 8th, every town celebrates on its own date. In Mayan communities, convites normally go hand in hand with the town's patron saint day. What Are Convites? A convite is basically a big street party with plenty of dancing. In some places, the dancing is really a competition, which pays out in prizes at the end of the day. Others are just for fun. In fact, these celebrations vary greatly from place to place, so there's no knowing just what you'll see. For most people, a convite is just a lot of fun, but you're also going to see some who are focused on a political slant. They'll use costumes and carry signs to make a point and it can be interesting to see what people feel is important. These dance celebrations can be mobile or stationary, though you'll probably find more mobile ones in the areas around Antigua. These traipse around the entire town, up and down the streets, with groups of dancers following trucks that stop each block or two and blast music. It can take hours to finish a tour of the town . . . some convites last for up to 15 hours! When the tour is over, everyone gathers in the town's central plaza and there is a dance-off. This is usually when prizes will be given out. Since the procession leaves the next day from the church, you'll find plenty of street food around the plaza, too. What to Expect During the convite, the trucks will stop every couple of blocks and blare music. It can get pretty loud and young children might not be as keen as the locals to listen to it. By standing beside the truck instead of behind it, you can reduce the intensity a bit. Dancers come in all forms, but there are four main types. Some can be viewed only in certain areas, so if you have your heart set on seeing Amazons dancing, you'll need to head to Quiche, for example. Figuritas – These are basically people dressed up in animal or doll costumes. The costumes can be quite elaborate and are either purchased or handmade. Viejitas – While this might sound like a lot of old people dancing in the street, they're usually young folks dressed up in a parody of old age. You'll see the occasional viejita in other convites, but San Pedro las Huertas is famous for having all viejitas dancing in their convite. Fieros – These dancers dress like characters from a movie or show, mostly. They also include crossdressers and famous celebrities. The costumes may be quite simple . . . it's not uncommon to see families dressed in cardboard and cheap fabric costumes, but there are some that are elaborated in specialty foam. Enmascaradas – Best known in Quiche, where there are convites with only "Amazon" dancers, you'll find masked dancers all over the place. However, in some areas, they are far more elaborate than others. These masks allow the dancers to be anonymous, which is appealing to some. Between the groups of dancers, you'll see micos, men dressed in black with wooden masks who prance around and select people for their rhymes. If you're selected, you'll be told an original rhyme about yourself and then you have to pay up. It's fine to drop a couple of coins in the box, which may or may not be used for the group putting on the convite. Enjoying Your First Convite A few tips for the first timers here: Check the route. Just ask some folks if the convite will be passing by or where it's going and they'll happily tell you. Otherwise, just follow your ears until the crowds begin to thicken. Find a spot early and stake it out. The crowds gather quickly with a convite and if you don't find a good spot early, you'll find end up with a poor view. Look for a spot in the shade, with a clear view of the street. Sidewalks are good, because you'll be up higher. Carry change. The micos probably won't approach if you're obviously a foreigner, but if they do, you'll need to fork over some coins. It's all part of the fun, so don't get upset. Keep valuables safe. The crowds that gather at convites make it easy for pickpockets to do their thing, so keep your bag in front of you, hold onto your belongings, or, better yet, just leave your valuable stuff at home. Participate! If you're hauled into the dance by an enthusiastic figurita, go with it. Think of the memories you'll make. 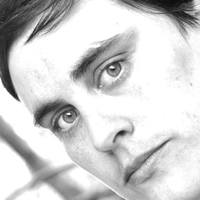 I'm a Canadian expat living in Guatemala and I've been writing ebooks and articles, as well as website copy, for the past decade. My areas of interest include travel, food, parenting and business, but I'm always open to work on new topics. My research skills are excellent, so let me know what you're working on!

APP REVIEW - Beautylish: Learn How to Create Your Own Look (Working Title)

10 Ideas for Fundraising for Your Non-Profit

As a non-profit organization, you likely find yourself in need of extra funds from time to time. ... Read More