Artificial Intelligence and Marketing: There's a Bot for That

What if you had a marketing team at your disposal 24 hours a day, every day, without an increase in overhead? A marketing team that didn't require lunch breaks, vacations or sick leave? With digital marketing bots, you have that and more.

Bots refer to software that automates tasks. The most prolific bots – Google Assistant, Apple Siri, Amazon Alexa and Facebook M – represent the major players in the domain, but that doesn't mean the market has remotely approached its potential. To understand the end-user benefit of bots, consider Facebook Messenger.

Facebook Messenger acts as a type of bot portal with over 30,000 active bots as of October, 2016, most of which set the standard for current bot functionality. For example, when you input a query into Messenger, such as, "When's the next Caltrain from San Francisco to San Jose," the Caltrain bot replies with a text answer, a graphic of the schedule and ticket purchase options. The consumer and business develop a virtually instant relationship that satisfies both parties – the basics of CRM in practice.

Marketing bots do more than provide content – apps and websites have that covered. Digital marketing bots interact with clients in real time, executing a wide range of tasks, from helping shoppers find Chelsea boots in just the right shade of chestnut brown to setting up doctors' appointments for a user according to her symptoms.

Depending on how much interactivity the developer built into the AI frame, a bot may move into a deeper conversation after it responds to a query, such as asking if you would like your favorite soda and regular side order with that pizza you just ordered, or terminate the exchange with a static response, such as supplying a delivery time followed by a terse "Thank You."

How Exactly Do Bots, Bot?

Developers strive to make it difficult for users to distinguish program from person – known as passing the Turing test – and to do that the bot needs to perceive its environment and make decisions. Enter AI.

In its simplest form, artificial intelligence simulates human intelligence by responding to questions based on encoded sets of data. For example, if you ask a bot the location of the closest market, it references its answers and delivers the most accurate response based on your location. But this level of interaction doesn't intimate the AI-driven potential of conversational commerce.

Machine learning – a natural progression in the AI-bot dynamic – is a bit like the "Teach a man to fish" proverb, but with data. Instead of manually programming questions and responses into a script for a bot to reference when interacting with a customer, the developer devises algorithms that "teach" a bot how to respond instead of referring to a boilerplate response.

Machine learning will allow for personality-based bots, or bots that reflect a personality best suited to yours via pattern recognition; bots that can respond to esoteric queries no human could plan for by using predictive analytics; and bots that disregard irrelevant data to hone in on a client's precise needs based on a neural network built from the entire history of interaction – this type of AI mimics the human brain, and never stops learning.

Bots make marketing easier. And with experts projecting that digital marketing bots will generate $600 billion in revenue by 2020, businesses have few choices beyond embracing the revolution and reaping its profits. 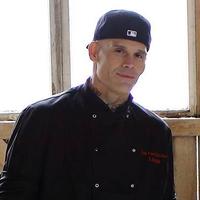 An American writer based in Berlin, A.J. Andrews' work has appeared in Food and Wine, Spiegel Online, Fricote, Food and Travel Magazine and BBC Good Food. Andrews received formal culinary training at Le Cordon Bleu and has a BA in English from Pomona College. View my portfolio at https://jayandrews.journoportfolio.com.

According to a new study by the **University of Milan** , voluntarily implemented food traceabili... Read More

Home Automation: How Smart Home Technology Will Improve Your Life

No longer relegated to the domain of science fiction, the [internet of things](http://www.forbes.... Read More