10 Reasons Paris is Worth Every Dollar ( 9 Reason It's Not)

Snippet from an article published on The Travel website - https://www.thetravel.com/10-reasons-paris-is-worth-every-dollar-9-reasons-its-not/

When in Paris, you don't have to limit yourself to just a few places to see and points of interest to explore.

When someone mentions "The City of Light" nine times out of ten people make the internal visual jump to Paris where cafes and bistros line the streets and where travelers can sit back with a cup of coffee, and absorb the incredible cultural vibe that Paris is known for.

The city is among the most glamorous destinations in the world and also referred to as "The City of Love". One thing to keep in mind; glamour does not necessarily mean high prices. That's right, experiencing this historic city with its abundance of museums, architectural delights, soaring cathedrals, and scenic vistas while cruising the Seine, is doable even on a frugal travel budget.

When in Paris, you don't have to limit yourself to just a few places to see and points of interest to explore. Expand your horizons and savor the flavor of Paris. From the top of the Eiffel Tower to the underground mysteries of the Catacombs. Whether you're taking a stroll along the Champs-Élysées, taking a tour of Notre Dame, or snapping photos of Île de la Cité – also known as the "Island of Paris" there's no such thing as a dull moment in Paris. The following is a small sampling of 10 of the best reasons to visit Paris to experience the Parisian lifestyle and culture without breaking the bank (and maybe a few things you can skip if you're watching your wallet).

Eiffel Tower (Totally Worth It!) - It's Almost Insulting To Skip This Icon

The Eiffel Tower is one of the most iconic structures in all of Paris, not to mention the world. If you're visiting the city, it's almost an insult not to make your way to the top for some of the most panoramic views imaginable.

You will begin your upward journey at the Esplanade. While traversing the stairs or taking the glass-walled lifts, keep in mind, the lifts have been in operation since 1899. That's over a century old! When arriving at the first floor, be prepared for amazement personified as you step into "infinity and beyond" on the transparent floor. Not to worry; the surface is skid-proof.

At the second-floor level, behold the beauty of Paris in all her glory with clear views of some of the most notable attractions. It's also the place for dining and shopping before heading to the top. Pat yourself on the back for making it to the summit. The payoff is spectacular as views are endless, the quiet is unimaginable, and only the wind is your companion.

Enjoy a glass of champagne, visit Gustave Eiffel's restored office, see the original model of the tower from 1889, and hone in on faraway cities using panoramic maps. While the wait times might be long, it's worth it and the pricing is surprisingly affordable.

Champs-Élysées (Save Your Euros!) - As Soon As You've Snapped Your Photo, Make Haste

Yes, that's right. You heard it here. The Champs-Élysées is on the list for not being worth the money. It is one of the most well-known boulevards in the world for shopping, if you have money to burn. It is the place to be for polish and glitter.

You'll find an over-abundance of expensive restaurant chains with so-so food, a series of showrooms for cars, and headquarters for a major airline, to name just a few. It's crowded and where's the fun in that?

To get your buck's worth, consider the alternative streets of Ave George V and Avenue Montaigne located just south of the Champs-Élysées. At these two destinations, it's a traveler's dream come true if you're into high-fashion. Some of the cities top fashion houses have retail outlets where you can pick up a name brand item for less cash.

In other districts such as Belleville, Marais, and Bastille, the pickings are even better and less pricey from one of the many boutiques.

e you may want to have your picture taken at one of the shops along the Champs-Élysées to impress your friends, as soon as the photo op is over, make haste away from the area to keep your hard-earned money intact.

La Basilique Du Sacre Coeur (Totally Worth It!) - You Can't Say No To Free

La Basilique du Sacre-Coeur is an imposing site perched atop Butte Montmartre and one that can't be missed when visiting Paris. While the city has numerous architectural wonders to explore and appreciate, Sacre Coeur is an exceptional delight offering panoramic views of the city below. Construction of the pristine white chapel began in 1875 and was completed in 1914. It features Romano-Neo-Byzantine style architecture, detailed sculptures, and it has the largest ceiling mosaic in France.

Visitors can explore the crypt and the dome with its 360-degree views. This is a free attraction, which makes it worth the visit not only for its beauty, but you use the coins to pick up a souvenir from one of the many artists. Sacre Coeur also has a gift store and bookshop. A free app is available for smartphones if you're interested in a free, self-guided audio tour.

To get to the top of the steep hill leading to the basilica, treat yourself to a ride on a funicular. From St. Pierre to the station at the basilica takes a whopping 90 seconds versus however long it would take you to walk. Once you've toured Sacre Coeur, make your way to Place du Tertre and its labyrinth of winding roads that lead to the infamous Moulin Rouge.

Weather Central (Save Your Euros!) - Don't Waste Money On Flights If You're Gonna Be Camped In Your Hotel Room

A song, way back in the day titled "A Rainy Night in Georgia" brings to mind just what you may encounter on your Paris vacation. Not only that, while "I love Paris in the springtime" may be the time flowers are getting ready to bloom profusely, a winter chill will still be nipping at your toes.

Paris is a seasonal destination where you will experience the highs and lows that could mean you won't be getting a good return on your investment. In other words, your ROI isn't going to make you a happy camper, hiker, biker, sightseer, or any other activity on your Paris itinerary. While you don't want it raining on your parade, it's best to know what to expect during the winter and rainy seasons when getting out-and-about isn't necessarily at the top of the list.

If you want to visit when the crowds aren't so severe and the prices aren't sky high, unfortunately, that will not be from June to August when the weather is picture perfect. March can definitely come in like a lion with cold temps. November is the rainy season and December is both wet and cold. Pick your season wisely to get the best deals and when you won't be spending most of your vacation time in a hotel room. 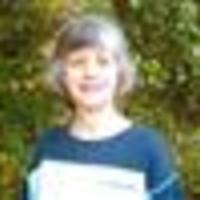 How to Grow Sunflowers in Florida

Snippet of content published on The Travel - [https://www.thetravel.com/photos-of-deserted-hospit... Read More