How to Set Expectations in Your Headlines 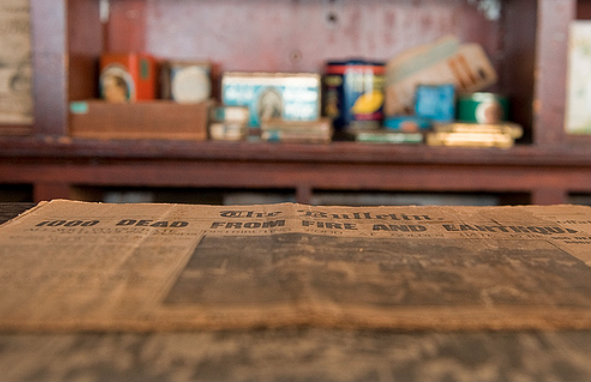 There's a time to tease and a time to reveal when it comes to writing good headlines.

Headlines may be your only chance to communicate to your readers. An average of eight out of 10 users will read any given headline, but only two out of 10 read the entire article, according to Copyblogger.

Click-through rates on headlines are low, which leads some content writers to think it's best to stuff all the essential information into the headline. That way, if readers don't read the rest of the article, they still get the gist. This can work, but it may backfire as well, turning readers off altogether.

The headline should be short for a couple of reasons. First, nobody wants to read a headline made up of several lines of copy. In fact, headlines that are between 60 and 100 characters are most likely to be read. Longer headlines will turn readers off for the same reasons that many articles aren't read. Internet readers tend to have short attention spans, so anything too long will cause them to feel overwhelmed and lose interest.


One of the reasons readers don't click on headlines is fear of disappointment. They've been trained by publications that write headlines that don't come close to delivering on their promise. The headline may promise to divulge the secrets to financial success, but instead provide mundane advice that readers have already read on 15 other blogs. When readers are disappointed by copy, they tend to distrust the writer and their business. They also tend to be skeptical of other too-good-to-be-true headlines.

For this reason, it's important not to promise too much in your headline. Don't promise great, sweeping changes and don't talk in generalities. If you can put some specific information into your headline, it will help keep readers' expectations in line with what you're writing about. For example, "The First Five Steps to a Financial Makeover" is a better headline that "Five Secrets to Financial Success" because it is more specific, narrow in scope, and tells readers exactly what they can find in the article.


Although your headline should "tease" readers with the promise of more information, it shouldn't be too vague. If a headline doesn't give any information at all, readers might not know what your article is about and may skip it.

When informational or news headlines are vague, as the second sample headline is, they run the risk of sounding like old news. They also don't tell readers enough about what the story is, where it takes place and why people should care.

The bottom line is your headlines need to have enough information to tell people what you're talking about and generate interest, but not so much that you are obviously forcing your article into a mismatched headline. Consider your audience, their attention span and you will find the right balance between information-giving and teasing.

How do you write good headlines? Share your thoughts and comments with us below.

To Read More About Good Writing See Below:

Powered by Scripted.com
Published by Jack O on Monday, February 24, 2014 in Content Marketing.