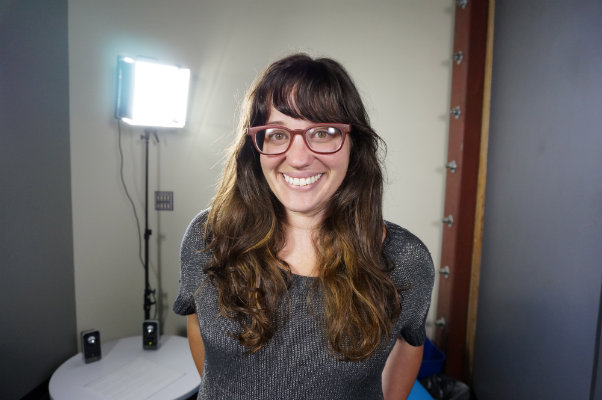 TechCrunch producer Felicia Williams shares her experience in producing videos on the tech scene and her opinions on the state of branded video.

Video production is among the most in-demand skills for content creators today. Felicia Williams, producer of TechCrunch TV has helped guide the tech publication's video production efforts since she starting nearly two years ago. Since then she's helped put together well-trafficked tech demos, interviews and feature pieces, which has helped TechCrunch grow a base of nearly 75,000 subscribers on YouTube. Read on to learn more on TechCrunch's content strategy and the state of video production among tech and startup companies -- all in the latest installment of Content Careers.

Scripted: What does your title entail?

Felicia: Producer, for now, is the best title. I've been trying to figure out my title for the last year and a half. The thing that's cool about being a producer working on a small video team is that you do everything. I am not just the producer in a traditional sense -- I'm also the post product supervisor, set designer and quality control. I even sometimes do a bit of voice over work in between booking guests. It's pretty fast paced, but it's fun. I come up with the ideas and make it happen.

Scripted: How would you describe your coverage area?

Felicia: Startups and tech. Fun, interesting stuff that -- when you walk away -- you learn something from it. We aim to be the MTV for the tech-obsessed generation.

Scripted: How do you strike a balance between education and entertainment?

Felicia: Because I work for a news property, I want to make sure I am explaining what's gong on and who is involved. Once you cover those basics it ensures you have the meat. The way to make sure it is entertaining is that you find something fun to shoot, like a robot, or a cool electric vehicle that just came out. This means we cover less on enterprise and cloud storage and more of the stories of people's lives and tech products -- the visually entertaining sides.

Scripted: Can you take me through the production of a story, from conception to promotion?

Felicia: We find stories a couple different ways. We look for startups on Kickstarter and Indie GoGo, get pitches from PR people or get information from readers and other reliable sources. Then it is my job to figure out what type of video it is. Is it an interview, a product demo or is it more of a feature piece?

Once we know what it is I work with a reporter to figure out how to translate our ideas visually. From there I schedule interviews. I am the one behind the camera, making sure that the interviewee is comfortable. After we've shot, I work through our edits to check the content and make sure our post-production schedule is flowing. From there I make sure it has a good title, tags, thumbnail and I publish it to all of our partnered websites.

Scripted: What kind of advice would you give to others doing video?

Felicia: Don't try to make a carbon copy what others are doing. That doesn't mean you shouldn't look at what your competitors are up to and take a good idea from this and a bit from that. Just don't feel pressure to be just like them. You are never going to be as good as what they are doing because they were doing it first.

You can only do so much with what you have. It's one of the frustrations of being a small team. Don't get discouraged by how big or small your team is. Make sure you are happy with the creative and what you are learning, that's more important than making beautiful videos with five times the resources.

Scripted: Which of these projects stands out to you most?

Felicia: Our most popular one we call TC Cribs, like the MTV show for startup and tech companies. Everyone wants to know what the new Yelp office is like. It is just fun to do because I get to go to these offices and see what it's like to work there.

Scripted: What's your impression of the quality of the video content put out by companies you cover?

Felicia: It really depends on the type of company. Hardware startup and other companies looking to raise money via crowdfunding really understand the importance of needing a quality, visual, entertaining video to sell consumers on their product. But, generally it ends there. Most startup seem to invest in that one video and that's it. The quality tends to be fairly high. They almost seem like commercials.

One interesting trends I've seen is a lot more large startup and tech companies are hiring video staff to help out with internal communication. For example, Yelp and Lyft both have dedicated video staff, which I feel like is a new thing in tech. It's becoming more and more popular to film news on internal projects or executive updates to share with the whole company.

See also: How Much Do Images, Videos and Infographics Boost Content Marketing ROI?

Scripted: That's about all I have, is there anything else you'd like to add?

Felicia: As a producer it's important to have vision but not let that get in the way of the story or how your team wants to tell it. You might be the one who makes it all happen but it's not yours. In fact, you're most often the last one to get credit for your work. And you have to learn to be OK with that.