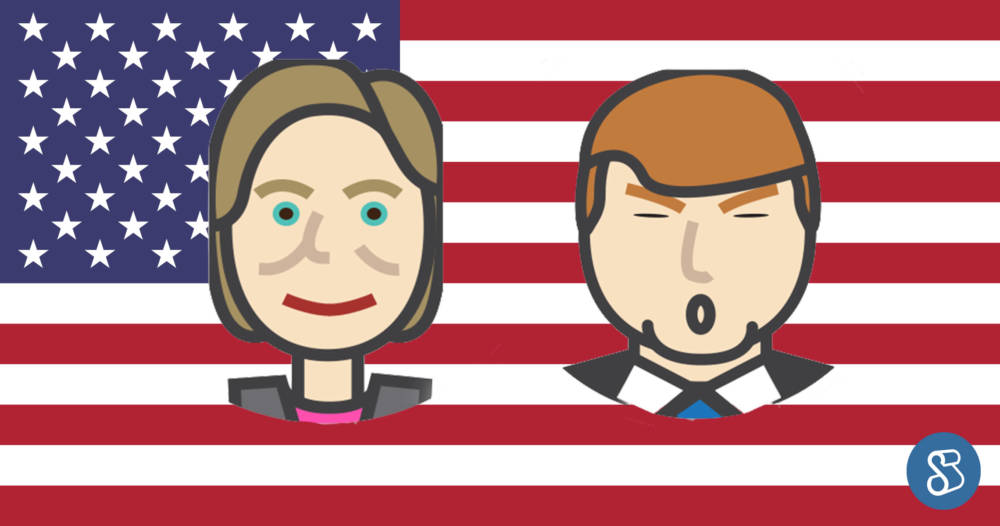 Last week, Scripted put our expertise in language analysis to the test in our presidential debate analysis. Today, we're excited to do the same for Sunday's town hall debate. In particular, we wanted to see if and how the candidates changed up their style over the course of the week.

In addition to extra preparation following the first debate, the second debate's town hall style encircled candidates with undecided voters asking questions on diverse topics. We found that Secretary Clinton and Mr. Trump were, in general, more colloquial and less repetitive, which may be due to the change in style.

Below, we break down the data. For more details about these numbers and how we arrived at them, we recommend checking out our explanation in our previous post.

This debate saw candidates directly addressing one another, talking less about facts and more about thoughts and feelings. In other words, it was a conversation about perspectives and opinions.

As many who watched the debate won't be surprised to hear, this round took a turn toward the negative. Critical words like "horrible" and "unfit" were thrown about frequently which reduced the general positivity of the conversation.

Two factors caused a reduction in repetition in this debate. First, audience questions were varied and strayed from strict policy more often. Second, the tag team of Anderson Cooper and Martha Raddatz reigned in interruptions and more blatant violations of time limits, which gave both candidates less time to run on about the same topics.

Candidates delved into specifics of policies and ideological stands with longer, more complex sentences and diction. When we used the Flesch-Kincaid readability test to measure, we found a lift in grade level for both Mr. Trump and Secretary Clinton over their first performance. Curiously, unique word usage stayed virtually the same, with Clinton using 721 unique words vs. 720 in the first debate, and Trump using 525 words as opposed to 528 in the first. 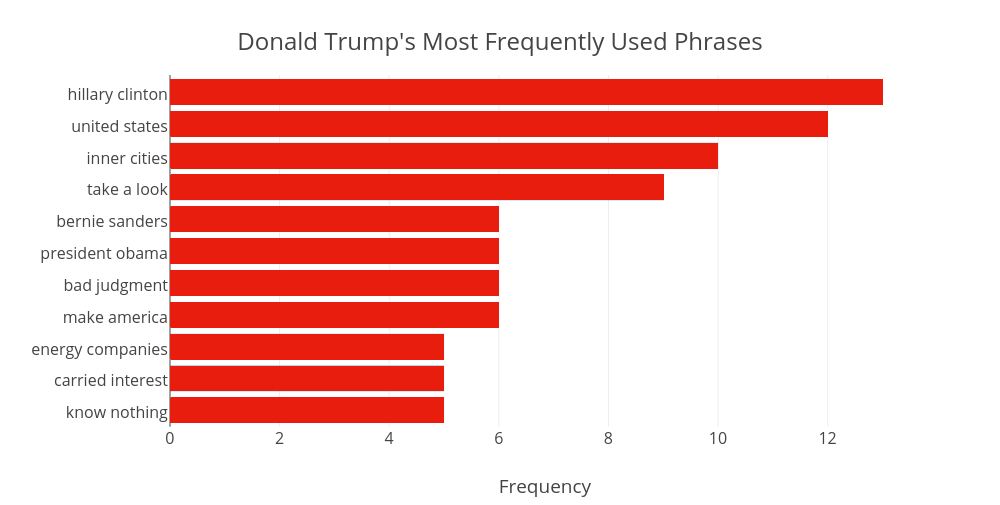 Forced to focus on issues brought up by audience members, but also seeking to address their opponents' weak points directly, both candidates' top phrases were filled with a mixture of policy topics and widely circulated accusations.

You don't need our presidential debate analysis to tell you that last night's debate was far more acerbic and aggressive than average - we'll let the Wall Street Journal do that - but underneath flash and zeal, we saw a conversation that was more sophisticated and varied than last week's. In that, at least, both candidates are moving in a positive direction.