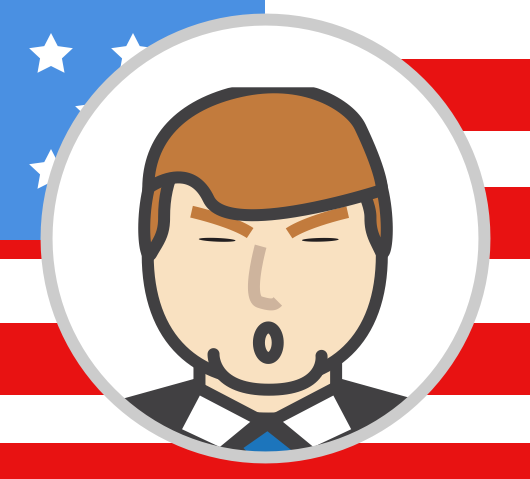 
Trump often heralds his business acumen as a key highlight of his campaign, and most business owners know the importance of online reputation. Let's take a look at Trump's content plan and how it's paid off for him during his run.

Throw Social Media Rules Out of the Window


Creating a social media strategy is heralded as an important step for any business. With so many people accessing company accounts daily, it's important to have a plan that protects your reputation and prevents any mishaps.

When companies make embarrassing gaffes on Twitter or Facebook, the world tends to respond with vitriol. For that reason, common social media etiquette cautions:


Trump, however, doesn't play by these rules.

From the moment his campaign launched, Twitter has been a place for the budding politician and businessman to express his thoughts and feuds.

With attacks on everyone from Hollywood actresses to President Obama, Trump has never shied away from controversy on his social media accounts. However, this hasn't proven to be a campaign killer. Slate named Trump as the best candidate on Twitter, and his 8.16 million followers might agree. Trump also boasts 7.7 million Facebook fans and 35,000 YouTube subscribers.

The lesson learned from his social media success? Sometimes shying away from controversy isn't always the best plan of action.


The thing that keeps Donald Trump's social media fresh is its consistency. Trump tweets at least 10 times every day. In an age where people are looking to consume content at alarming rates, Trump is playing directly into the hands of people who are active online.

Think about how many times you look at your phone in one hour? The digital generation is always looking for the freshest piece of news, the latest tweet or post that will go viral and get people talking.

By keeping a constant flow of messages, Trump is resonating with online audiences. While some of his messages are automated, a majority feel like they were typed by the candidate himself. This consistency combined with the real voice behind the message plays into his audience who believe he is an authentic addition to the political process.

Marketers and brands can learn a lesson from this approach. Despite the comfort of a screen, people are looking for the humanity behind digital content. Making sure your words or message don't sound robotic can be an important way to connect with your audience.


Ask most people Donald Trumps' campaign slogan and the majority will be able to repeat it back to you.

With just four words, Trump has connected a viable message with millions of voters. It's also a slogan he's never wavered from. While some candidates try out different messages and slogans for various audiences, Trump has stuck with a simple message from the beginning.

This simplicity extends beyond his slogan. Often speaking and tweeting in short bursts of easy-to-read text, his online messages make for quick, shareable content. Visit his website and you'll find limited text above the fold (except for the menu). Clear calls to action line the top of the site, which means users don't have to search for what they're looking for. This simplicity may seem unlikely for a complicated presidential campaign, but digital strategy shows simple, direct content has a better chance of reaching a wider audience.

Any PR Is Good PR


Any important part of online content strategy is making sure referral traffic to your website or brand page is constant. Referral is the new word of mouth, and a link on a popular website can have a huge impact on your own traffic.

Donald Trump is perhaps the most talked about candidate in recent years. In fact, many members of the news media have wondered if they're talking too much about Trump.

While some of the press hasn't always been in his favor, Trump never backs down from a chance to respond to criticism. When your name is mentioned, ignoring the problem won't make it go away. Responding to the mention, whether negative or positive, keeps your business at the forefront of the conversation. This is considerably different than the reaction of Republican runner-up, Ted Cruz, who constantly shied away from responding to social media rumors.

It's also, in a sense, free advertising. When someone mentions your brand or product online and links back to your site, you receive a lot of benefit without doing a lot of work. Trump has taken digital content and made it work to his benefit. In fact, the New York Times estimates that Trump has amassed over 2 billion dollars in free coverage since launching his campaign.

Love him or hate him, Donald Trump is the Republican candidate for the presidential race. As things start getting geared toward the general election, it will be interesting to see the content Trump and his competitors release online and how it affects their campaigns.

Be sure to check out the strategies of competitors Ted Cruz, Hilary Clinton, and Bernie Sanders to get an in-depth look at the content marketing strategies which shaped this election.

Need help driving your own content marketing strategy? Get Scripted, and leave the writing to us.