How Buzzfeed Makes Your Click - Tips for Better Social Sharing 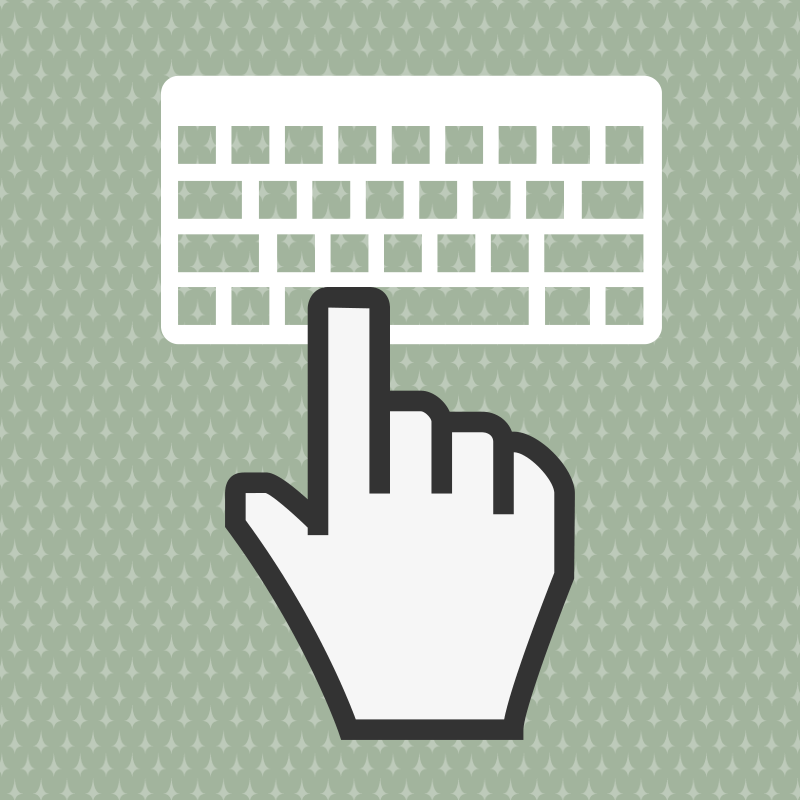 We gathered our own data to find out why BuzzFeed articles dominate the Internet. Here's how they maximize social sharing.

Facebook, Twitter and LinkedIn have gained a lot of power in the publishing industry over the past five years. In the past, Google was the primary form of discovery for new articles, publications and knowledge on specific subjects. Thanks to Facebook and Twitter, users can read content recommended by friends. This begs the question: what makes people share articles? I took a closer look to find lessons for how to.

I looked at 4,448 articles at random across 10 different publishers: BuzzFeed, Viral Nova, The New York Times, Venturebeat, Techcrunch, The Washington Post, Deadline, Deadspin, The Next Web and Business Insider. I picked these publications because I they are all well-trafficked, and have comparable Alexa ranks. I pulled information about how many shares each article received on Facebook, Twitter, LinkedIn, Google Plus and Pinterest. I also pulled information about when the article was published, at what time it was published, whether the article was a "listicle," whether the title ended in a question mark, and who the author was.

After collecting the data, I ran an analysis with "shares" as the dependent variable, in order to find statistically significant trends on what makes content sharable. Here is what I found (if you want to geek out on the model itself, here is an image with the final results):

Finding 1: If there's a question mark at the end of your headline, you're more likely to get additional shares across social networks.

I ran individual statistical models for each social network, and a model for "total shares." Since the dataset I was working with was relatively small, there were not a lot of articles that ended with a question mark relative to the sample size. That said, when I ran the model for "total shares," if an article headline ended with a question mark, it was much more likely to get more shares than if it did not.

Finding 2: Articles that are "lists" get more shares.

Finding 3: BuzzFeed and Viral Nova are really good at social

Take a look at the graph below - I normalized the dataset and looked at which online publications rank highest as a percentage of total shares. Viral Nova and BuzzFeed absolutely dominated the competition to get better social sharing. 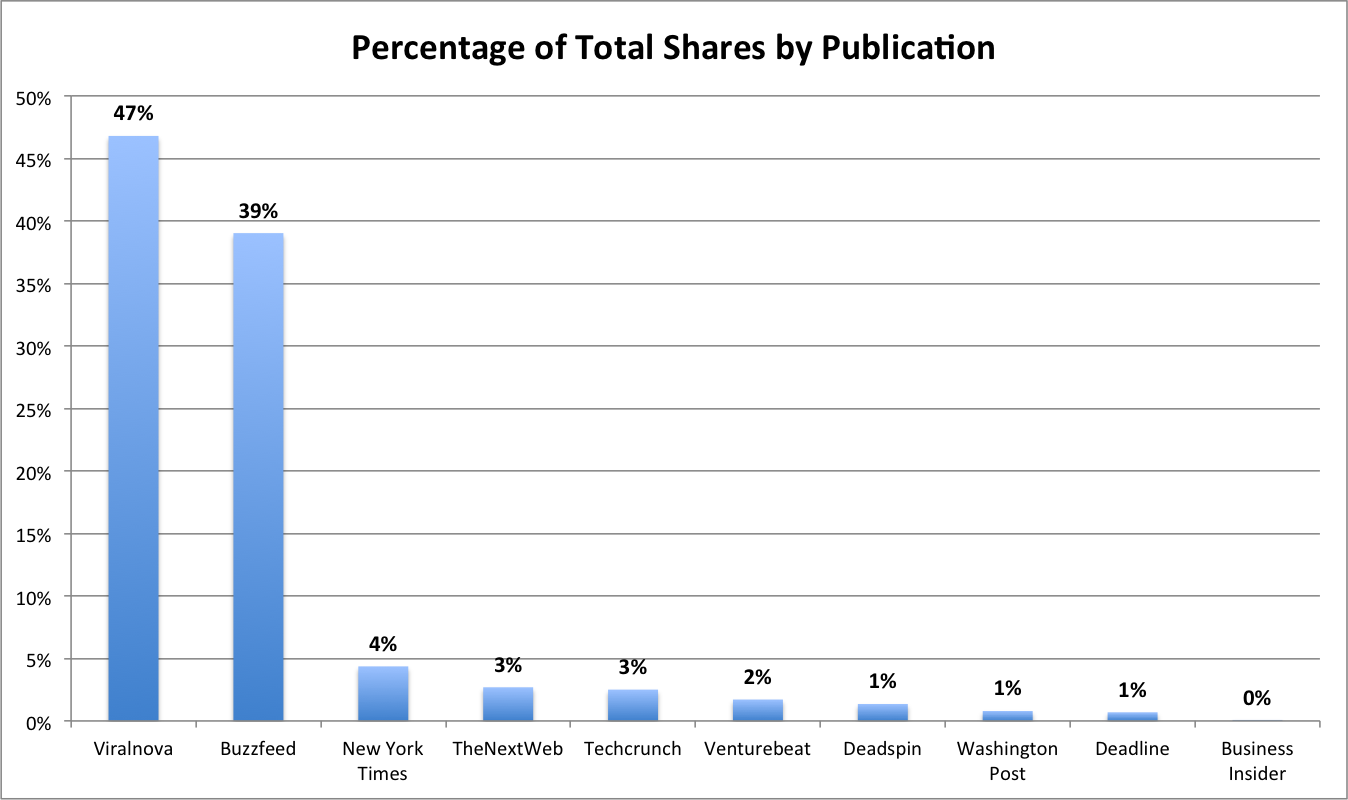 While BuzzFeed and Viral Nova are winning the battle for "total social sharing," the reason is largely because of Facebook. When you take a look at individual social networks, the results vary drastically. For example on LinkedIn, Venturebeat, Techcrunch and TheNextWeb dominate: 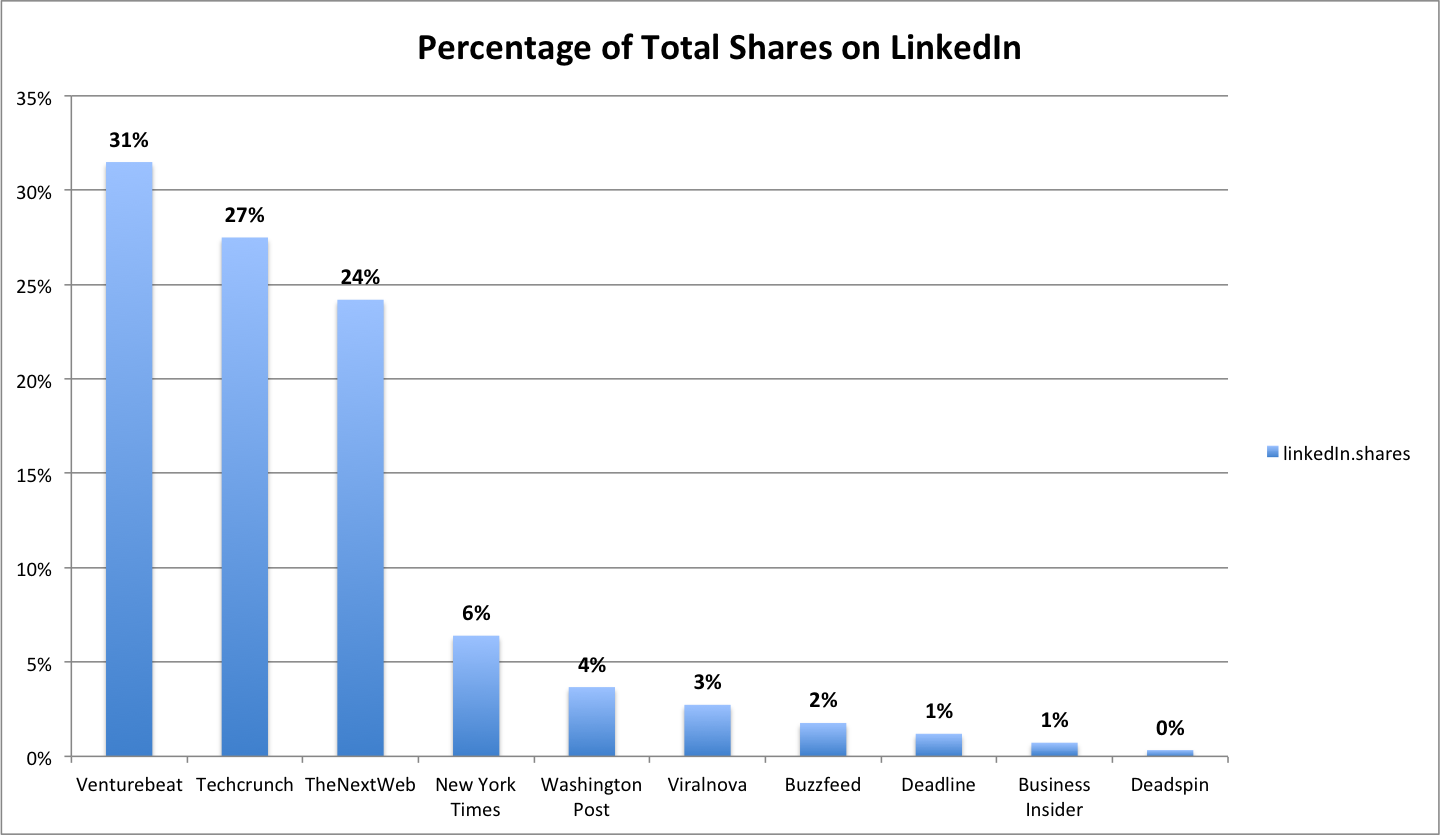 What does all this mean?

According to Alexa, The New York Times is the 35th ranked site on the planet -- BuzzFeed is ranked 41, The Washington Post 93 and Viral Nova 334. Despite having comparable overall traffic, BuzzFeed and Viral Nova are winning the battle on Facebook. Social network users tend to be younger, and BuzzFeed and Viral Nova are outright winning the battle of whose content is more shareable. This could have drastic implications on how the online publishing industry evolves over the next decade. As more and more readers consume their online news through social platforms, this "new wave" of online publishers stand to gain a lot.

On the flipside, we are seeing social networks update algorithms much in the same way Google issued its Panda update -- reigning in publishers that rely on clickable headlines. If Facebook, Twitter and others decide to screen and suppress content that are "lists," sites like Viral Nova and BuzzFeed .

Regardless, it will be fascinating to see how the online publishing industry emerges once the dust is settled. Twenty years from now, will our generation rely on BuzzFeed as its primary source of news, or The New York Times? What new platforms will emerge through which readers consume news? It's still to early to tell, but there's no question publications are going to have to adapt to social, and think about what platforms are going to emerge next.