You Need a Goal to Guide Your Content Marketing Strategy 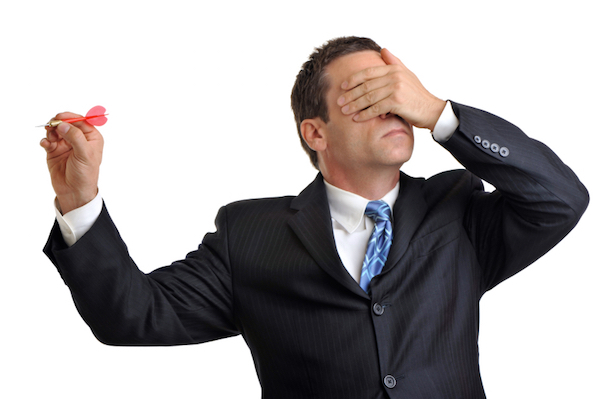 Your Goal Determines Your Direction

For any given piece of content, it's worth determining upfront the goal you're trying to achieve, as that will inform how the piece is written and promoted.

For example, let's say we run a business called Nate's Nice Tea selling bottled green tea online. If we're trying to achieve Growth & Awareness, the title of a blog post might be "The 10 Best Bottled Green Tea Brands", and we could promote it by asking competitors (who are included in our top 10 list) to share a link.

However, if we're trying to achieve Conversions & Sales, the title might be "Where to Buy Bottled Green Tea", and we could promote it via bloggers and influencers in the tea, health, and wellness communities.

The Right Metrics for Your Goal

To give ourselves a target, we're going to start by determining a goal and the metrics we'll use to measure performance toward that goal. There are a number of ways to measure content performance, and the ideal metrics depend on our goal.

Frankly, all the goals (and by extension, all the metrics) are important. And weighing them against each other is more art than science. As a guideline, consider the stage of your business and what would drive the most business growth.

Ask yourself: Are you just starting out and need to increase awareness? Do you want people to interact more with your site and share with friends? Or do you have plenty of traffic and want to maximize conversions?

Nate's Nice Tea is still in the early stages. We have an e-commerce store up and running, and we have a few sales per day, which is awesome considering we don't have that much traffic yet - maybe 50 hits per day. Our goal here is definitely Growth & Awareness.

Sure, we want the other stuff too: more interaction, more social shares, more conversions. But think of these three broad goals as existing on a pyramid, where Growth & Awareness is the foundation, Engagement & Social Proof is the next level up, and Conversion & Sales is the crown. 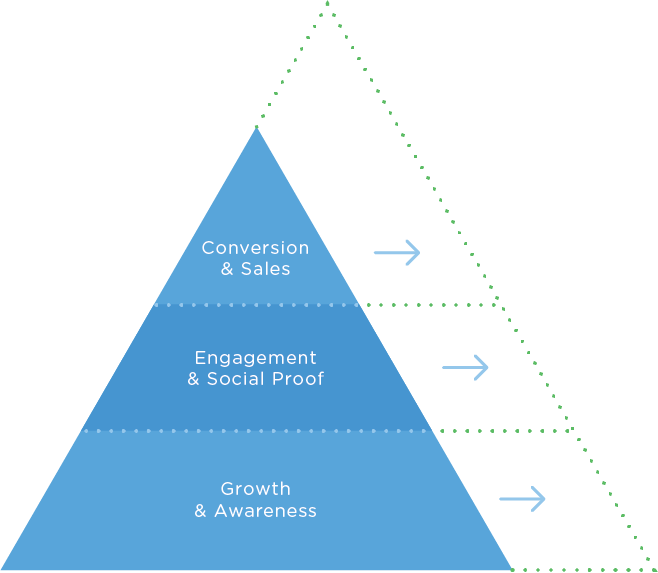 Even if you already have a small pyramid with all three levels, you can't increase the size of the crown or the middle level without first building the foundation. As the foundation grows (traffic), the levels above (engagement, conversions) have more room to grow as well, building your business pyramid ever larger.

So, for Nate's Nice Tea, we would focus on expanding our foundation, Growth & Awareness. Until we've expanded our foundation enough, we'll ignore the other goals.

People think focus means saying yes to the thing you've got to focus on. But that's not what it means at all. It means saying no to the hundred other good ideas that there are. You have to pick carefully.


Continue on to the next exercise on keyword planning.