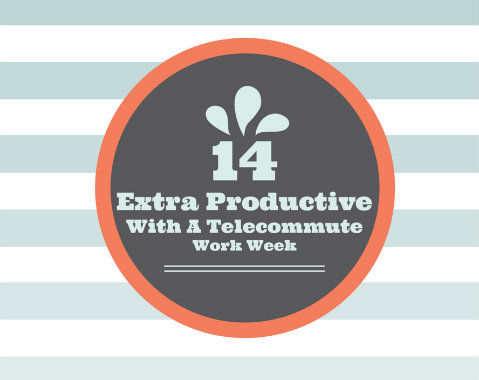 Telecommuting saves freelance writers thousands of dollars annually and offers a significant productivity boost compared to working in an office. Read on for more insights into the benefits of telecommuting.

Telecommuting has long suffered an image problem. Despite evidence to the contrary, many people think of telecommuting as an option strictly for the less-than-motivated or employees with young children. As it turns out, this comfortable arrangement actually boosts productivity and saves employees (and employers) money. For those considering freelance writing, we've collected the most compelling reasons to opt for a home office.

A research study by Brigham Young University shows that telecommuting employees can actually work longer before they start feeling overwhelmed. At the office, stress builds up after 38 hours of work. However, writers and others who telecommute can actually work up to 57 hours before they begin feeling overworked, according to the study's findings.

An extra 14 hours not only lends itself to better productivity, but for freelance writers, it virtually guarantees a higher paycheck and more satisfied clients. Likewise, a writer who finds themselves burning out close to the 40-hour mark in an office stands to gain a lot from working at home.

Writers who telecommute save money in various ways. Those who work from a home office tend can save over $4,172 each year. Here are just some of the cost-saving changes telecommuters enjoy:

Telecommuting supercharges efficiency by giving workers greater autonomy over their schedules, leading to more productive free time. Many telecommuters set their own hours, which gives them the opportunity to wake when they're ready and work when they feel wakeful, rather than losing sleep and rushing to the office. Productive hours are often wasted while commuters sit in their cars or on a train, but telecommuting eliminates this wasted time.

The greatest benefit of telecommuting isn't any sort of monetary savings, however; it's the greatly improved work-life balance. Removing a stressful commute and adding the freedom to work when you're feeling most productive creates a greater sense of agency and calm.

Did we leave out any benefits of telecommuting? Share your thoughts in the comments!

To Read More Advice for Freelance Writers, See Below: