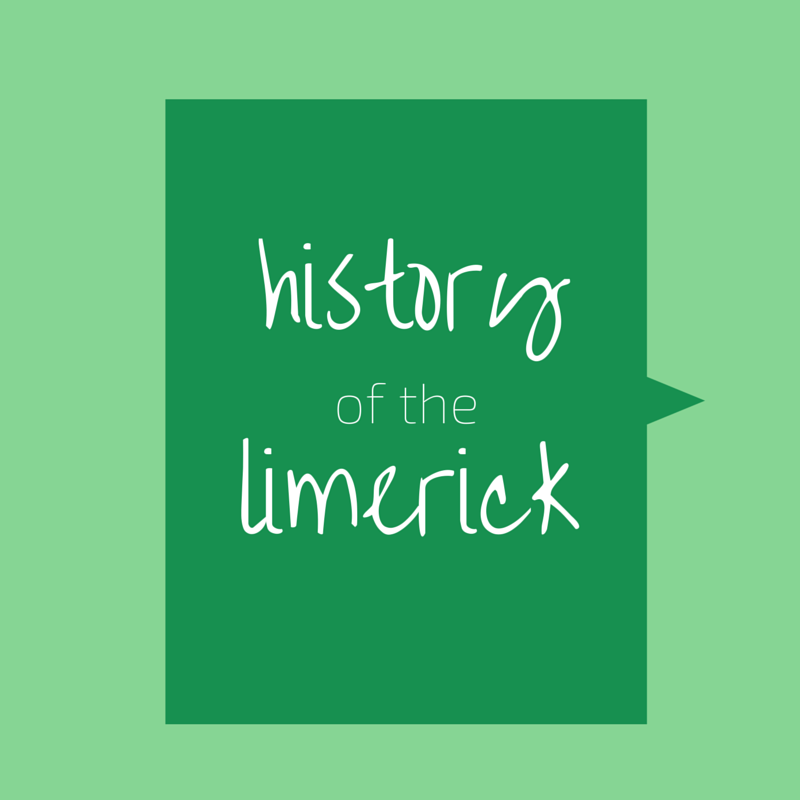 It's March, and that means limericks are in the air. Here's some history on the poetic form.

The limerick is a humorous poem that contains only five lines. Lighthearted in nature, it's a handful of cleverly chosen words set to an upbeat rhythm and geared to make the reader chuckle.

What is a Limerick?

A limerick is defined by its bawdy nature and its specific rhyming structure.

From Aquinas to Mother Goose - and Beyond

The history of the limerick dates back to the 13th century, when the poem's form first appeared in a Latin prayer written by Thomas Aquinas. William Shakespeare also made use of the limerick in writing King Lear, Othello and The Tempest. In 1776, the limerick became a popular style of writing for children's books when Mother Goose published her book of nursery rhymes, Mother Goose's Melody.

During the mid-1800s, the limerick skyrocketed in popularity in British and Irish writings. Edward Lear, Robert Louis Stevenson, Alfred Lord Tennyson, Algernon Charles Swinburne, Rudyard Kipling and Dante Gabriel Rossetti all published pieces that contained limericks. Books of limericks frequently featured an amusing illustration depicting the poem's subject beside each limerick.As the 1800s progressed, newspapers and other publishing houses started to have weekly competitions that encouraged their readers to write limericks. The winner had the limerick featured in the publication and was often awarded a large cash prize. Schools began to use limericks as a learning tool because they were fairly easy for young children to read, remember and write - especially thanks to their fun sing-along cadence.

So Why's It Called a Limerick?

The limerick attained widespread popularity in Ireland because of the country's strong focus on storytelling. Local taverns and pubs would host limerick competitions that encouraged patrons to create bawdy lines to make other patrons laugh.

Residents of the Irish city of Limerick began to call the poems they loved "limericks," and the name stuck.

Do you have a secret limerick talent? Write us your poem in the comments!

For More Scripted Histories and Holiday Information, See Below: