Your Movie's Been Accepted to a Film Festival! Now What?

Tell People As soon as you receive the notification that your movie has been accepted (right after you stop jumping up and down for joy), start telling everyone know. Yes, you want to tell your spouse/significant other, mom and dad, your kids…but then tell your cast and crew, and anyone who supported you via a crowd-funding campaign. An email blast is a great way to start, then update your Facebook status if you partake of such things, the movie's FB page if it has one, Twitter, the movie's web site, and any other public forums that you participate in. Don't forget to include the "official selection" laurel, and share the screening date, time, and location as soon as they are available. Figure out how many passes you'll get for your screening and be sure to get them to the people who you most want to attend – this might be your writer, or producer, or maybe one of the lead actors. Consider buying some additional tickets (if you can afford it) and giving them out. Screening Format Find out what screening format the festival wants. And test it before you send it out. Press Releases Some festivals actively seek press releases from participating filmmakers; if they do, write one and send it – and be sure to send it by any deadline that they've indicated. They may also provide information on local publications that cover the festival and would be interested in receiving your release. Keep your cast and crew informed of festival acceptances as they may have connections that you don't. Posters and Postcards Some festivals let you/encourage you to send posters and postcards in advance, and you should take advantage of that as much as possible. It's a great feeling to arrive at a festival and see your poster already on display, and postcards may be distributed in swag bags, or placed strategically around town. Respect the festival's wishes regarding whether or not to pre-ship posters and postcards. When You Arrive The first thing you'll probably do is pick up your festival credentials. While you do, introduce yourself to as many of the staff as you can:. Tell them how thrilled you are to be there, and make sure that they know what movie you're with. If there's a hard copy schedule available, make sure you get one (or better yet, several). If they do everything electronically, make sure you have the site bookmarked. Find out about any social events planned – cocktail parties, lunches, dinners, whatever. If there's a separate awards ceremony planned, make sure you know where and when it will take place. Get Your Picture Taken If the festival has a step and repeat banner, get your photo taken in front of it ASAP. If not, they probably have a poster – use that as your backdrop. Then post the photo to Facebook. And twitter. Wherever. Try to get your picture taken with the festival director – then send it to them. You may end up on the festival's website. Getting an Audience Some towns are wonderfully supportive of their local film festival, and local bars, restaurants, and even stores will welcome your postcards. Definitely get your information out there as much as possible. At many festivals – especially smaller ones – the potential audience will be primarily other filmmakers. Fine. Do everything you can to encourage them to see your movie instead of the one screening opposite you. Introduce yourself and tell people (briefly!) about your movie and why they should see it. Then ask them about their movie and aim for reciprocity: you'll come to their screening if they come to yours. Sometimes it works, sometimes it doesn't. Use the festival's social events as an opportunity to hand out postcards as well. Q & A Most festivals include a brief q&a session with the filmmakers at the end of each screening (for shorts, this may come at the end of a block of movies). This can be intimidating the first time you do it, but you WILL get better with practice. Speak loud and clearly. If you're offered the use of a microphone, take it. If it's permitted in the auditorium/screening room, bring a bottle of water with you in case your mouth gets dry. The best q&a sessions generally have a moderator, who will introduce the filmmaker(s) and get the discussion started. But sometimes there's a deafening silence, with no one asking questions and everyone looking awkward. A filmmaker friend and I (who have often ended up at the same festivals) go to each other's screenings no matter how often we've seen the movie. And when that awkward silence hits, we'll raise our hand with our standard question: "What inspired your story?" It's a great way to start a discussion, and frequently other people will chime in with questions once the ice has been broken. What NOT To Do The best advice that I can give is: If you don't have anything nice to say, don't say anything. Seriously. Things will go wrong: festivals won't meet your hopes or expectations, you'll get a lousy screening time, the sound will be screechy, the audience will be small, the printed schedule will be wrong, and a dozen other things that will make your blood boil. Yelling rarely (if ever) helps. If something is happening at that moment, and can possibly be fixed, approach the people in charge calmly with a suggested correction. Be firm, but polite. Don't complain about all of the ways that you think they should be doing things, and how much better festival X is. No one wants to hear it. Have fun! 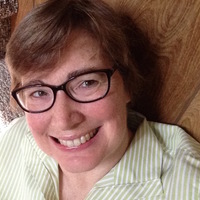 I'm a NJ-based screenwriter and producer; my features Surviving Family (starring Billy Magnussen) and DETOURS are available on Amazon Prime in the US, the UK, and Canada. I work regularly as a screip consultant and editor, and frequently adapt other people's story ideas into a screenplay. I attended Brown University, and received my BA in Media Studies with a concentration in Screenwriting from the New School University in Manhattan