A new study shows that the impact of bad leadership is pretty far reaching. Here's how to protect yourself.

No one doubts that a company's leadership can shape its fortunes over the long term, but researchers have recently found that CEO behavior can also alter the company's culture and prospects in some surprising ways.

A study just published in the Nankai Business Review Internationallooked at CEO and top management team behaviors, and found that middle managers and on down the chain of command tend to replicate executive actions. So when the head honcho is doing everything wrong, so is the rest of the workforce.

"You've heard that old cliché about 'one bad apple spoils the whole bunch,'" says Sharlyn Lauby, an author, speaker and consultant who is president of ITM Group Inc., a Weston, Florida-based consulting firm. "That's basically what happens with ineffectual leaders. Employees stop exerting extra effort because it doesn't matter or it's not recognized or both."

Let's face it, working for a company with a bad CEO—whether the badness is perceived or real—puts you in a tough spot. That's why you need a few strategies for when you've lost confidence in your company's top dog.

Reach out to coworkers

If you feel your CEO or boss is taking the company in a direction you disagree with or just leading poorly, you're probably not alone.

"See if your coworkers feel the same way, says Steve Kane, a human resources consultant based in Hillsborough, California. Feel them out without sounding the alarm."

Broadcasting your views loudly at the office is not advised, and definitely keep your opinions off of your Medium page. Instead, ask the co-workers you trust what they think. Do it in person and preferably off site. You never know which nosy co-worker might be listening in.

Don't take any action yet. Right now, you're just doing a little fact-finding.

Identify the real issue and work to change it

Nicole Lipkin, CEO of Philadelphia-based Equilibria Leadership Consulting and author of What Keeps Leaders Up At Night, says it is possible for employees to impact the quality of their company's leadership through candid—but polite—conversations and collaboration. Without feedback, company leaders won't know they are having trouble connecting with their employees until it's too late.

Just make sure—and we can't stress this enough—that the conversation and criticism is constructive. "People have to take the educator role versus the learned helplessness role," Lipkin says. "Sometimes people are not aware that they're ineffectual and don't know that their actions affect other people."

It's also to understand your relationship with senior leaders. If you've never spoken to the C-level executive you have issues with except to complain about their leadership style, you're asking for a pink slip. But if you work for a relatively small company and routinely go out for drinks with your chief executives, it's probably OK to offer some friendly advice.

Lauby says it's also important for an employee to clearly understand the dynamics that are causing them difficulty. "If the employee is frustrated at the current situation, then I would challenge them to find a way to change it," she says. "Maybe a new work assignment with a different manager or transfer to another department."

On the other hand, sometimes leadership's direction is not your direction. In this case, the situation is probably beyond repair.

Once a lack of respect for company leadership reaches a certain threshold, and other steps have failed to improve the situation, it may be time to move on. "One of the biggest success factors for people is knowing when enough is enough and knowing when to walk away," Lipkins says.

Staying too long at a company you do not respect—and which is helmed by poorly performing leaders—can have a negative impact on your reputation and personal development. "If an employee has completely lost respect for management, they should reflect on their long-term career path with the organization," Lauby says. "Because the question becomes, how can management regain the employee's respect? And why would an employee work every day at an organization they have no respect for?"

Don't worry, there are plenty of other options out there. But do definitely make an assessment of the company's leadership on your due diligence list when interviewing.

On the plus side, the Nankai study also found that when CEOs demonstrate values and actions that are directed outward, rather than focused on enhancing their own careers, their relationships with middle managers are improved and those employees tend to be more committed to their company. They in turn tend to mimic that non-selfish behavior exhibited by leadership. So the ripple effect of leadership can alter a company's culture for the good as much as it can the bad. 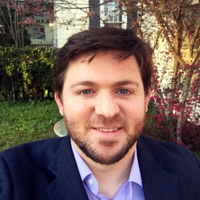 I am an award-winning writer, editor and designer with 15 years of experience in journalism, including eight years as a full-time reporter for daily newspapers and two years as executive editor of a weekly magazine. I have extensive experience in content marketing for a wide range of business types and can help your company both attract new customers and enhance your established customer relationships.

Your email inbox is out of control. These 5 tools will help

**Your email inbox is out of control. These 5 tools will help** One of these solutions may be ju... Read More