"You missed a spot," I couldn't help myself from teasing him. Wyatt craned his neck up, glared at me, and then put his dark head back down to finish sanding down the table he was working on.

I went back to the thesis I was typing up on my laptop, folding both legs underneath me so I was sitting cross-legged on the stainless-steel bar stool. Thank god for yoga pants on Sunday afternoons. And wine. Copious amounts of wine helped writing a thesis on what should be my day off.

"What's a word that means a lack of results? Like frustrating, but in a more uh…professional…sense?" I asked, inserting the gold-tipped pen into my high messy bun to scratch absentmindedly.

I looked down at him, trying not to stare at the muscles that were highlighted by the tight-fitting black cotton shirt he was wearing. God, he was hot. It was annoying how hot he was. And the best/worst part was that he had no idea. He was a genuinely nice guy. He was one of those few guys that weren't assholes that were more focused on notching the bedpost than having relationships. I knew from what I'd heard from my brother than Wyatt had definitely had his share of hookups, but it wasn't just to rack up his number. "What?"

"It's called Amber. Or maybe an Amber-ism? Amber-ing?" Wyatt wasn't even looking at me, but I could tell without seeing his face that he had a stupid grin on his face, mentally patting himself on the back for that one.

I rolled my eyes, then realized he couldn't see. "I just rolled my eyes at you. Like a lot. Here I am, giving up my Sunday to help you –"

"Giving me the same screwdriver no matter what tool I ask for."

I stopped talking. "Are you going to keep interrupting me? Not sure if anyone has ever told you this, but it's rude."

"You tell me on a daily basis that I'm rude. I really appreciate the feedback. I'll put it in the ol' suggestion box. File it away for future use."

I fought a smile. If I smiled or laughed, he'd know that he'd won. And he'd definitely not won this rough. "Hey, how's that girl that you went out with on Friday? Bubbles, was it?"

"Her name was Betsy, and you know this. She was part of your cheerleading squad in high school," Wyatt said, clearly irritated, and then cranked on some kind of tool that, admittedly, I didn't know the name of. Then swore as it swung back and hit his hand.

"That's karma for being mean to me when I was trying to help," I said in a sing-song voice. He stood, grabbing the tool and slamming it into his toolbox. I smiled. "Temper, temper, Mr. Jackson."

I saw the look he gave me and knew I was in trouble just before I felt the stool give way beneath me. I squealed, my long limbs flailing before landing on something solid and warm.

Wyatt was holding me, his handsome face grinning. "What's the matter, Fuller? Got a case of the Bambi legs again?"

I grumbled softly into his shirt.

"What was that?" He asked, leaning in towards me until I was wrapped completely in his arms. The smell of him was intoxicating. Like a combination of Abercrombie cologne and wood shavings. I tried to breathe in while appearing mad, which I totally should've been at the way he was manhandling me.

"I said," I started, yelling into his clearly deaf ear, "that I don't have Bambi legs!"

We both looked down my long legs, currently wrapped over top of his muscular forearm. I admitted, "There may have been a time where I was ummm…uncoordinated…but I grew into them!"

"I'm not sure uncoordinated is the right word for it. More like a walking disaster on two legs."

I tried to swing and hit him, but instead, he grabbed my arm and held it against his chest, which left me clambering for purchase on his chest, being held up by only one arm under my legs, and my arm wrapped around his neck. "Wyatt, if you drop me…"

"I would never drop you," he said, his voice dropping into a deeper pitch than I'd heard from him before. I looked up at his tanned face, the gray eyes that I knew so well. His pupils were dilated, his eyes almost black.

"Put me down," I whispered, meaning it. If he didn't put me down, then I was going to do something I would definitely regret. But my body was telling me to go for it, to move that extra twelve inches until I felt first hand what his kisses felt like. And that would a mistake. A mistake, I kept repeating to myself. This was Wyatt Jackson. He was off limits. My brother's best friend. My friend.

He dropped his arm slowly, dropping my bare feet onto the wood floor almost silently. His arm slid to my lower back, helping me to stand upright but instead all I felt was a blaze of heat through my thin shirt. I shuddered involuntarily.

If he felt it, he didn't say anything. He looked at my laptop screen, nodding in its direction. "What are you working on?"

"My thesis papers. I only have a few more days before I have to turn it in, and I want to make sure it's perfect." It had to be perfect. My financial aid had dried up two semesters ago and waitressing was only a viable option for so long until it just became weird that I was still waitressing at the same place in my hometown since I was a freshman in high school. 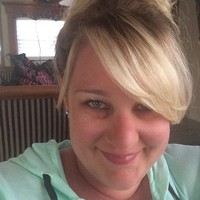 I've been writing for over ten years now, and have been an avid reader my entire life. I'm a creative writer (romance mostly) and blogger. I also do editing, proofreading, premise creation, and outlining. I've done almost every genre I can think of so don't be afraid to ask! I'm professional, dependable, courteous, and always willing to work with my clients to make sure they're happy.