This September, Mount Holyoke raised the bar for all single-sex colleges. Their new admissions policy is a thing of beauty:

The following academically qualified students can apply for admission consideration:

Biologically born female; does not identify as either woman or man

Biologically born male; identifies as other/they/ze and when "other/they" identity

Biologically born with both male and female anatomy (Intersex); identifies as a woman

In my mind, the second section actually becomes the more important statement. Who can't apply to Mount Holyoke? Men who identify as men. It seems like a quiet way of leaving the door open as we increase our understanding of gender and gender identity. Mount Holyoke follows in the footsteps of exactly one other single-sex institution: Mills College, who addressed this point last year in their Report on Inclusion of Transgender and _Gender Fluid Students: Best Practices, Assessment and Recommendations_. The report lays out not only the thinking behind their Board of Directors' decision, but also the practical requirements for enacting the policy, including housing, healthcare, preferred name use and changes, public safety, athletics, etc. With its undergraduate population of just under 1000 and large, suburban campus, Mills is comparable to a number of the country's forty-seven remaining women's colleges in size and character. In other words, the changes they've instituted are reasonably possible at any of those colleges without an openly trans*-friendly policy.

And yet, opposition remains at a number of institutions and among alumnae of women's colleges. As many know, Smith College recently came under fire for rejecting the application of transwoman Calliope Wong, whose financial aid documents undermined her legal claim to her gender. Smith has since revised its admissions process to omit documents such as the FAFSA from their consideration of a student's eligibility. They, like Barnard College and other schools, now consider transgender students on a case-by-case basis. However, they—and their sister institutions—would be better served by committing their policies officially to paper.

In her recent article for Slate, Katy Waldman concludes that traditional women's colleges are no longer relevant in the 21st century. Her argument is not without merit; she compares the idea of single-sex education to a lumbering dinosaur and argues that feminist discussions would do more good in the co-educational sphere. But Waldman herself acknowledges that single-sex colleges provide a greater degree of safety for their students. And it's easy to see why such an environment might appeal to young members of the trans* community, which sees much more than its fair share of violence.

Not that women's colleges should be (or are) remote enclaves where their inhabitants can hide away from the world and its present challenges. Rather, women's colleges can afford their students the opportunity to foster social justice movements and increase our understanding of gender, gender expression, and sexuality. These conversations do require safe spaces, and women's colleges have an opportunity to reinforce their own relevance by expanding those spaces. If cisgender women and transgender students face being ignored, dismissed, and possibly abused at co-educational institutions, where else are they meant to foster their communities, have meaningful discussions, and support each other? And don't they have the right, like anyone, to choose the environment in which they desire to learn—a safe environment, which promotes better understanding? If Ms. Waldman and others see women's colleges as a dinosaur, then isn't it time not to die out, but to evolve? 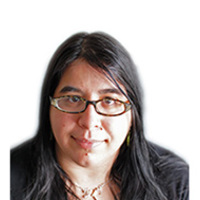 I am a writer, teacher, and editor living in Maryland. My primary expertise is entertainment writing: reviews, recaps, and film analysis. My other interests include higher education, nonprofit development and communications, sustainability and green technology, social and new media, yoga and fitness, gardening and cooking, gender studies, history, and politics.