Winter Sounds: An Interview with Cam Will

It's starting to snow, gently, but the wind still rips down the Old North End street I'm standing on. Winter is finally settling into Vermont, but the subfreezing temperatures allow for the perfect setting to talk with the members of Cam Will about their first full length release.

Cameron Boyd, the head of Cam Will, opens the door to a typical ONE house and ushers me in off the porch. While I unwrap from layers, I notice the record spinning in his living room and the craft beers he's cracked open in the kitchen, feeling comforted in the normality. Cam's allowed Thread a sneak peak of the upcoming album he's made with drummer, friend, and enthusiast Ben Newman, who backs Cam in the studio and at live shows. Ben is perched on the counter, his legs dangling towards the crisp clean floor.

As we talk, I learn that their backgrounds are varied. Ben has played in 60s style psych rock bands in Brooklyn. When he isn't playing music, he's diving through thrift shop bins to find tapes to play on his podcast Found Sounds. Starting young, Cam's first creative pursuit came in the form of acting, with stints in commercials, on HBO's Sopranos, and on Broadway. But as the appeal of acting faded later in his teens, music grew as the staple in his life.

Together, the duo have created an album filled with guitar and percussion that seem to mirror the white landscape outside the window, their melodic folk playing the line between overly emotional and minimalist folk. Winter Left Its Lights On is a ten track recording that showcases Cam Will's attention to detail and hints at their creative backgrounds, which converged back in New York.

Jokes aside, Cam and Ben combine to give life to the songs Cam writes. While Cam hails from central New Jersey and Ben has made his way up from North Carolina, they met when Cam's sister Brittany brought Ben home as her boyfriend. "So he has to play with me," Cam says, laughing.

Although they both were playing with different bands and working within the city, their friendship and music flourished during these sessions. "We just had a good musical rapport. We just had a lot of fun. Then I asked him to play drums for a show." That was four years ago.

It comes off as humorous, but you can tell Cam is serious when he says "I definitely thank Brittany for dating Ben."

Cam was in Hoboken, Ben in Brooklyn, and at one point they both realized something: they had had enough of the big city. "Nothing was happening," Cam recalls. "You had to beg to get gigs [in New York], and then beg to get people to come to your shows."

Cam's brother has lived in Burlington for the past eight years or so, and had toured Cam around when he came to visit. "I would visit my brother and just think I could see myself living here," Cam says. "I was ready for a change."

They made that decision two years ago, and have since been working, living, and playing in the Queen City.

While they have been here for two years, the last year has been focused on a main point. "I always dreamed of having a record on vinyl," Cam states, talking with his hands as he continues. "And with this album, I wanted a bigger sound."

For that bigger sound, he decided recording in a studio would be a better bet. So he looked to the oracle that is Google for advice on places in the area. What he found brought him to Signal Kitchen, Burlington's music venue and recording studio. With the plethora of shows the space offers, Cam was able to scope it out while seeing touring acts. "I'd go see shows there, and every time I walked in I peeked into the studio to see what it was about."

What he found struck a chord. "I'm a sucker for black and white tile. And then I looked up and saw a chandelier and thought, 'Hmm, this would be a cool place to record.'"

Within the month they had scheduled studio time. Cam and Ben practiced for a week and then began to record. "It came out way differently," Ben says. "We just did it as we felt it. It wasn't painful at all."

As the first full length album from CamWill, they wanted to follow the style of the first two EPs but with more fine tuning. "We wanted a really stripped down recording like we've done at home, but with an added consistency and a little polish." What resulted was an album with minimal inputs but a full sound. Acoustic instruments, brooding lyrics, and the chill of Cam's voice cover the tracks on

Winter Left Its Lights On.

Now, almost twelve months after recording, all the pieces are falling into place. The recordings have been polished, the vinyl is pressed and sitting in a room behind us, and all that is left to wait for are the jackets and dreams about a mini tour. When the jackets come in, it'll be time to celebrate.

"I'm thinking about a house party release, with a keg and a fire during the winter. To have everyone come over with some local acts and lights out back." Cam smiles as he continues, "It's one of the more intimate records I've done at this point, so I just want to make the mood as intimate as the record is."

For more, head over to CamWill's website and their bandcamp. 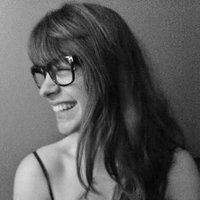 I'm a freelance content and social strategist with a passion for writing. My day job involves international project management and I enjoy travel, music, and spending time outdoors when not writing you blazing content!

5 Tips & Tricks for Traveling Abroad While on Your Period

Everyone knows the signs: you have cramps, you feel bloated, you may cry unprovoked. And then the... Read More

14 Signs you were born and raised in VT