With these words, a historically-inaccurate William Wallace rallied his ragtag band of Scots to crush the numerically and technologically superior English invaders. Though Scotland remains an (unwilling?) member of the United Kingdom, its identity lives on in the hearts of drinkers around the world.

Though Scotch is distributed globally (Singapore and Taiwan are two of the biggest importers), nowhere buys as much as the United States. While many nations around the world are witnessing plummeting demand in favor of more home-grown alcohol, Americans continue to ask for more. American imports of Scotch have posted end-over-end growth for the past nine years and show no sign of slowing down, and alcohol as a whole has proven immune to swings in the American economy, though we're not sure if that's necessarily a good thing.

Ignoring imports, it's hard to find a bottle of American whiskey devoid of Scottish influences. Maker's Mark spells whisky the Scottish way and traces its heritage to a small village in 1500s Scotland, and the original Jack Daniels probably had ancestors in Wallace's army. Sitting in a Tennessee valley that could be used by filmmakers too cheap to travel to Scotland, the George Dickel distillery is one of the oldest in North America and also produces bottles of whiskey without the 'e'. Even George Washington, father of the U.S. and esteemed member of American lore, invested in a distillery opened and operated by a Scot.

Producers of bar graphs and amateur whiskey bloggers aren't the only ones taking note of Scotch's popularity. Distilleries are beginning to tweak recipes and experiment in order to differentiate themselves from each other, and there's been an uptick in shipments of ex-rye American oak barrels to Scotland for ageing of Scotch that will then be sent back to the United States. While craft beer breweries have been experimenting in the 'States for a few years now, much to the delight of otherwise barren small-towns and hipsters alike, there hasn't been much demand for boozier experimentation before now. Given how long it takes for Scotch to be drinkable, it'll be awhile before consumers, connoisseurs, and pretentious reviewers get a chance to test out Scotland's Frankenstein. Will it be good, or will it fold like Wallace's army at the Battle of Falkirk? The only thing we're sure of right now is that in Scotch, Scotland's freedom can't be taken. 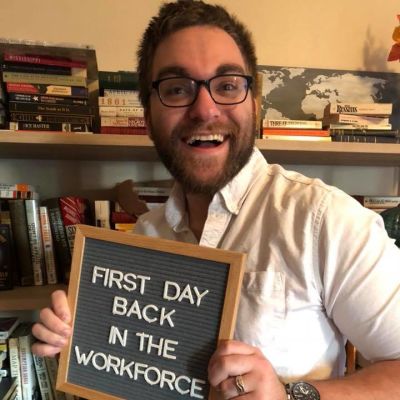 Charleston is a contradiction. The birthplace of the secessionist movement and the bloodiest conf... Read More

It's night. Our last day. The only sign of civilization is a water tower imposing itself on the f... Read More