We should all be a bit more like Caitlyn Cannon When I was 17, I had no idea how to label my sexuality. I had no idea what my values were and how to express them. But unlike me, Caitlyn Cannon has it figured out and is not afraid to express herself. Cannon's senior quote read "I need feminism because I intend on marrying rich and I can't do that if my wife and I are making .75 cent for every dollar a man makes." Not only is this quote a statement about equality, it is also a testament to this girl's fierceness, motivations, and clear disdain for societal norms. We need to all be fierce. Men and women alike should not be afraid to say something provocative. How lucky are we to live in a country that allows this? We need to scratch at the issues, take a bite out of a politician's shoulder, and dig our nails into the outdated documents that hold our country together. Cannon might as well be a cat. Motivation can come from anywhere, and might be very specific to ourselves, but without it, we get nothing done. Some of the strongest motivating factors come from things we might feel we have no control over (like LGBT rights, pay equality, and feminism). And of course, it is true that these big issues are harder for an individual to do something about. How many times have you read something online that got you all fired up, but with the next click it was forgotten? We are all guilty of such things. The issues that motivate us usually also scare us, causing us to do nothing. But here is a strong female, willing and unafraid to risk her reputation to say something we'd all like to. So now I must ask you, what do you want to stand up for? Whatever it is, you don't need to fix it all by yourself. The saying goes, "if you aren't a part of the solution, you are a part of the problem." It can be as simple as making a statement in your own community that can make people think differently. We can assume Cannon did not expect her senior quote to go viral, but she wanted to make a statement to her school community. So there it is… use your motivation to do something awesome. Don't allow the fear that comes with it to have control of the situation. Cannon's senior quote is so different than those I saw in my high school yearbook. Most students picked some famous person's quote and pretended it related to their life. I was even guilty of this (I think I chose one by Picasso). Cannon, however, decided to go against the grain and do something most 17 year-olds would consider social suicide (Do kids still use that phrase?). The pressure society puts on us can be such a burden! Just today I felt like I needed to change from my pajama pants into something more socially acceptable to get to the grocery store. And what did I chose? Yoga pants, which we can all agree, are only acceptable in public because some rich person said so. Going against society's norms doesn't have to mean wearing PJs to the grocery store, and it also doesn't have to mean shouting your controversial beliefs at everyone you meet. What it should mean is up to the individual. It should be about being true to one's self, even if it's not what the rest of society considers "normal." We should have no fear about people loving whomever they want, advocating for equal pay, or standing up for the human rights that we all deserve. Let's all be a little more like Caitlyn Cannon and say what's on our mind. 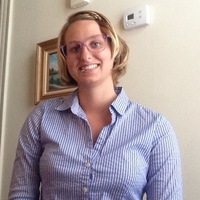 Richmond, Virginia, United States •
Hire Samantha A
No Ratings
Get Started With This Writer View Profile
Power your marketing with great writing. – Start your 30-day free trial today! GET STARTED

Bisexual Biases: 4 Questions I'm Tired of Answering About my Sexuality

When I first told my mom I was dating a girl, her classic reaction of "it's a phase" wasn't surpr... Read More