Who Killed the Short Story?

A young Ernest Hemingway lunches in Manhattan with several writer friends, either at Luchow's or at The Algonquin. Somehow, some way—whether instigated by Hemingway himself, or as a challenge by one of his friends—a bet is made: each writer bets $10 that Ernie can't pen a six-word novel. So what does Ernie do?

Ernie whips out his handy dandy pen, then reaches for a cocktail napkin. He begins writing, and, when finished, passes the napkin along. Which reads:

Whether or not the words are Ernie's and Ernie's alone, it doesn't matter at this moment—he collects his winnings and continues on his path to literary stardom. What he doesn't know at this moment is that for decades to follow, these six words will not only be awed upon, taught at universities worldwide, spark debate, or serve as the basis for websites and hashtags, but that it will play a pivotal role in the death of the short story.

The Identity of the Short Story

Forget word count. Forget theme and plot and setting and any other term used to describe literally any type of writing. To discover the short story's identity—to glimpse its soul—is to dissect its past.

But where do we begin? Can we nod to our Neanderthal ancestry and say that their grunts were the first oral anecdotes? Can we point to cave paintings in Spain and France and claim that those could qualify as short stories?

Yes, we certainly can. Neither are to be ignored. But let's not start there. Where we'll start instead is with what William Boyd points to as the birth of the modern short story:

"The short story had always existed as an informal oral tradition, but until the mass middle-class literacy of the 19th century arrived in the west, and the magazine and periodical market was invented to service the new reading public's desires and preferences, there had been no real publishing forum for a piece of short fiction in the five to 50-page range."

In other words, the modern short story came about for one reason: it simply could. More than that, though, as you can parse from Boyd's quote, industrialization was changing the way that people found, read, and digested stories—not only were they becoming more readily available, but they were becoming more representative of the common person's evolving schedule. Work was to be done. Progress was to be made.

So from this emerged what we now know as the short story—the first of which, it has been argued, was Walter Scott's "The Two Drovers," published in 1827—something Edgar Allen Poe excitedly defined after reading Nathaniel Hawthorne's Twice-Told Tales as something peculiarly different than the novel, something that achieves "…a sense of the fullest satisfaction" and "…can be read at one sitting."

Like any other art form powerful enough to remain, the short story evolved from there, with authors like Melville, Poe, and Turgenev (among many, many others) stretching and twisting their works in new ways, into new shapes, into an art form with not just merit, but an art form with increasing mass appeal.

And then in swooped Anton Chekhov.

The Father of the Short Story

What I find most interesting about the life of Anton Chekhov—one of six Chekhov children—is how he turned to writing early on in order to financially bail out his family. His father, Pavel, was a grocer who, after overextending his finances and declaring bankruptcy in 1876, forced his family to flee to Moscow.

Left behind in Taganrog was Anton, who was already paying his own way through university. It was there, and then, when his father—whom Anton would later refer to as a despot and a liar—could no longer support the family, that Anton—in addition to his classwork, his role as a private tutor, and his odd job of catching and selling goldfinches— began selling written work to newspapers, sending everything he could spare to Moscow.

It didn't end there, however. By 1882, while attending medical school in Moscow, Anton had assumed full financial responsibility for his family. How? By becoming "a satirical chronicler of Russian street life". Even once he became a physician (1884), his writing served as his primary source of income.

Chekhov was that good. He was talented enough to live a life entirely outside of writing—one with those "street people", one with the sick and dying—and once his writing not only served as income but became the primary focus of his time, he began truly unleashing that talent upon the world, in the form of plays, and in the form of short stories.

And the man that would become widely known as the father of the short story was, of course—as any person who pushes for something new, and unique, is—met with resistance. Cases in point:

"…the effect on the reader of Chekhov's tales was repulsion at the gallery of human waste represented by his fickle, spineless, drifting people."

"…uniformly drab…sea of mud with wretched human creatures caught in it helplessly."

"Chekhov's characters were repugnant, and that Chekhov reveled in stripping the last rags of dignity from the human soul."

"Questions without answers, answers without questions, stories with no beginning or end, plots with no denouement… Mr. Chekhov should turn on his work lamp in his study to light up these half-lit characters and dispel the gloom that conceals their silhouettes and contours."

These quotes are harsh, yes, of course, but they're also—at least now, over a century later—making absolutely clear which rules Chekhov rebelled against with his writing. 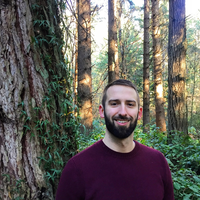 Analytical. Creative. Always up for a challenge. Garrett Dennert has produced over 300 blog posts spanning a wide range of topics, some examples of which include the global water crisis, the ecological and economical benefits of cremation, the methods of treating Combat PTSD in returning veterans, and how a wandering mind affects the creative process. More info: Garrett Dennert was raised in West Michigan and in 2012 attained his B.A. in Creative Writing from Grand Valley State University. He has since gained over five years of digital marketing experience, helping all types of clients reach their full potential. From 2012 through 2014, Garrett served as the Nonfiction Editor of Squalorly. He has been fortunate enough to place literary work at Barely South Review, Midwestern Gothic, Monkeybicycle, and Whiskeypaper. Garrett founded ...

Think about what the word "resources" means in terms of writing. Go for it. Roll the word around ... Read More

Your Money's on the Wrong Fish

You've cleared your schedule. You've secured a sitter. The outfit you splurged on months ago and ... Read More