"Love does no harm to a neighbor. Therefore love is the fulfillment of the law." – Romans 13:10 (NIV) So, the governor of Indiana signed into law the first "Religious Freedom Restoration Act" of 2015. As a Christian, I could not be more disappointed that such an ugly, dangerous law was passed by those who call themselves Christians, in the name of protecting "religious freedom"—specifically, their extremely narrow understanding of their own personal religion. It is, in fact, no more than an attempt to legalize discrimination under the guise of America's favorite buzzword, "freedom." I could argue about whether or not the United States was actually founded to be a "Christian nation" (it wasn't), or whether the Bible tells us to force others to abide by our own moral and theological code (it doesn't), or whether anyone's individual right to practice their Christian faith in their own personal lives is at risk in America (it isn't). But I won't argue about any of those things. Instead, I want to talk about an adulterer, and the men who wanted to kill her, and the guy who wouldn't let them. I think that says everything we need to know about the 'Christian' spirit (or lack thereof) of the "Religious Freedom Restoration Act." Anyone who is acquainted with the Gospel of John knows what I'm talking about, but just in case you're fuzzy, let's revisit John 8:2-10, NIV: "At dawn he appeared again in the temple courts, where all the people gathered around him, and he sat down to teach them. The teachers of the law and the Pharisees brought in a woman caught in adultery. They made her stand before the group and said to Jesus, "Teacher, this woman was caught in the act of adultery. In the Law Moses commanded us to stone such women. Now what do you say?" "They were using this question as a trap, in order to have a basis for accusing him. But Jesus bent down and started to write on the ground with his finger. When they kept on questioning him, he straightened up and said to them, "Let any one of you who is without sin be the first to throw a stone at her." Again he stooped down and wrote on the ground. "At this, those who heard began to go away one at a time, the older ones first, until only Jesus was left, with the woman still standing there." Did you catch that? "In the Law Moses commanded us to stone such women." These men were within their "religious freedom" to kill this woman for her sin of adultery. They were perfectly within their legal right to stone her to death. They knew this. She knew this. Jesus knew this. "Let any of you who is without sin be the first to throw a stone at her." They were within their right to act out the law of their religion, but Jesus spoke against it. They would have been abiding by the law—exercising their religious freedom, one could even say—by stoning this woman to death, but that didn't make it right, didn't make it God's will. Jesus advocated love over legislation, and he did it every time. This is only one of many examples in which Jesus puts love and compassion and mercy above the letter of the law. Jesus gave us the answer: just because something is legal doesn't make it right, doesn't make it just, doesn't make it acceptable in God's sight. Are there truly Christians among us who believe that legislating discrimination will make their discrimination holy? Who believe it is within their "freedom" to reject their neighbor because they are LGBTQ, or of a different religion, or of a different race than them? Are we so concerned with how we can discriminate against our neighbors that we have forgotten how to love them? A few lines down in the Gospel of John it says, "So if the Son sets you free, you will be free indeed." (8:36, NIV.) Exactly what kind of "freedom" are these right-wing conservative Christians seeking? Freedom to hate openly? Freedom to deny love, compassion, empathy, and equality to people different from themselves? Freedom to demand that the world conform to their own small, rigid understanding? In Christ we are free. Free to love extravagantly, radically, mercifully, compassionately, and gracefully, the way Jesus loved the adulterous woman, the way he loves us. Free to be forgiven for our trespasses, as we forgive those who trespass against us. Free to take the "law" in one hand, and the love of God in the other, and never have to think twice about which carries more weight. I'll give you a hint: it's love. It's always love. Every time. 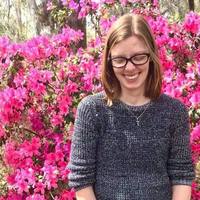 Katherine obtained her B.A. in Anthropology in 2012, and her M.S. in Health Education and Behavior in 2015, both from the University of Florida. She has been freelance writing since 2014, primarily on the subjects of health, disability, and religion. Areas of interest and expertise include general wellness, women's health, mental health, disability/chronic illness, and cross-cultural studies. She also has experience with writing copy for newsletters, e-mails, technical instructions, etc.

Feeling Overwhelmed? Tips to Keep You on Top of Stress

Everyone feels overwhelmed by life at one point or another. Wherever the stress comes from, it ca... Read More