In just about every Hollywood movie that's even vaguely sciencey, there's inevitably a scene where an unhinged scientist has to explain some critical data to the stars (and the audience). After some pressed speech techno-babble and circle of blank stares, the scientist breaks down the imminent threat using common objects. In the movie The Martian, Donald Glover, as a caffeine-infused data scientist from JPL based on the eccentric Michael Minovitch, explains his crazy interplanetary rescue scheme using Jeff Daniels as Earth and Kristen Wiig as Mars, with a stapler flying between them. In Jurassic Park, Jeff Goldblum used a drop of water and Laura Dern's hand to explicate chaos theory. In Ghostbusters, it was a very large Twinkie. These represent data storytelling at its most cinematic. In the business world, data stories often amount to little more than a bubble chart or a line graph. In the past, though, the world's accidental scientists were much more creative. Here is one of those moments from the remote past when a data story ended up becoming a turning point in mathematics, game theory and history. Special thanks to Karen Eva Carr, PhD., Assoc. Professor Emerita in History at Portland State University, and the Quatr.us history site. A Single Grain of Wheat This data story has its roots in a Babylonian cuneiform tablet, going back 3,800 years. The best known formulation of it, however, somehow got mixed up with the origin of chess. In Persia during the 6th century CE, a tyrant named Shah Shihram captured a wise man named Sissa ben Dahir. Shah Shihram demanded that Sissa find a way for his generals to start winning battles. It's interesting to note here that chess is still invoked for that purpose in boardrooms around the country, but the battles are typically for marketshare. Sissa adapted a war game called "Chaturanga," that had emerged from the Indian subcontinent at some point in the dim past. The name means "Four Divisions," referring to infantry, cavalry, elephants and chariots. Sissa called it "Shahs!" and taught it to the generals, who immediately started winning. Shihram was so delighted that he told Sissa to choose anything he wished as a reward. Sissa chose, "A single grain of wheat, and a promise." Shah Shihram was insulted by the meagerness of the request. "What sort of promise?" Shah Shihram sneered. Sissa replied, "Promise that you will double my single grain of wheat every day for each square on my board. After 64 days, I will want nothing else." Two months of wheat seemed entirely too miserable of a reward, but Shah Shihram was pleased to have got the better of Sissa. "The man knows numbers but nothing else," Shah Shihram concluded. He assigned the task to his servants and paid it no more attention. One month later, Shah Shihram's ministers were furious with him and the kingdom was going bankrupt. Halfway through the board, on the 32nd square, Sissa required more than four billion grains of wheat, weighing around 100,000 kilos. The promise was impossible to fulfill. To finish the board would require a pile of wheat that would weigh 6X the combined total of every living creature on Earth. Checkmate Shah Shihram had to admit that he could not keep his promise, which was tantamount to a no-confidence vote by his ministers. In any case, someone else had gained their confidence. Sissa secured the support of the military through his training program and the support of the public by distributing grain. His ascension to the throne was uncontested and he was never underestimated again. Sissa's unconventional form of data storytelling demonstrated the power of exponential growth and never was the implication of a mathematical formula felt so keenly or personally. This is the principle underpinning concepts from compound interest to J curves to population studies. The related concept of incremental iteration is today the foundation for Agile software development, project scrums of all kinds and the Lean Startup. The Building Blocks of Everything The poet and activist Muriel Rukeyser famously mused that "The universe is made of stories, not atoms." Atoms are merely a subset of facts and while our understanding of facts change over time, the principles of storytelling do not. For example, stories have always arisen from conflict, usually require a hero and, if the storyteller does their job well, a surprise. Facts inform us but stories compel us. The world needs data storytellers now more than ever, as the tides of data rise. The facts and forces of the world need their stories told in ways that are more relevant to a new generation. While we all go about furiously solving problems, life goes on getting more complicated and demanding ever more robust metaphoric models. Life cannot be contained by any construct that we're smart enough to put together, so there will always be a story deficit. As one of Hollywood's great data storytellers put it, "Life, uh, finds a way." But that's another story. 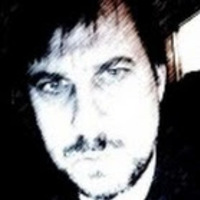