When Autism Lives Across the Street

I was doing my best to get out the door when the doorbell rang. Already running late, I wasn't expecting anyone and as I peeked out the kitchen window, I was surprised to see our neighbor from across the street. Her oldest son is a constant playmate to our four boys, but she has rarely appeared on our doorstep. I hurried to open the door, and when I did, she already had a kind and sympathetic smile plastered on her face. My stomach tightened and I returned her smile with a questioning smile of my own. Haltingly, she laid it on me; there'd been an incident the night before. Actually, by the time she was done explaining to me exactly what had happened between her son and mine as they ran up and down our street at dusk, she'd listed out several little incidents that made me wish I hadn't opened the door at all. She was kind, she was understanding, she said all the right things, and I was properly embarrassed, humbled, a little defensive, but mostly, just devastated. The hard realities of our son's struggles often pop up without notice, and my heart can hardly stand it when they do. This mild confrontation is not the first and won't be the last one I'll ever face on behalf of our son, and next time the other parent might not be so compassionate. They might not try so hard to meet me halfway. They might not want - or try - to understand his world at all. Five years ago, when he was the most darling, round-faced four-year-old you've ever seen, our boy was diagnosed with autism. Because of his particular place on the spectrum, most people were surprised when I'd voiced my concerns about his development. He wasn't Rain Man, after all. And while he wasn't saying a lot of actual words or phrases, the little jabbering language he'd developed (Squirrel Speak, we called it) was too cute. How could it be a cause for concern? As he grew, his quirks continued to multiply, and I often sensed that he was almost always on the edge of panic. To most people not living in our home, he was just unique and a little headstrong, silly and a late bloomer. They marveled over his ability to memorize, if not the actual words, the tones and cadences of an entire movie's worth of dialogue. At fifteen months, he could recognize all his letters, a skill we never taught him. On occasion, when our more difficult moments were put on display, tantrums or meltdowns brought unsought parenting advice down on our heads. As he grew, this happened more and more often. So many nights I wondered why on earth we couldn't get this parenting thing right. Eventually, the list of questions became too long and we could no longer chalk it up to inexperience or our child's unique personality. Something was different inside him; something was going on with our little boy and we needed to find out what it was. Two very long years later, a stack of papers listing diagnostic criteria, enumerating results, and finally stating a diagnosis arrived in our mailbox. That something we'd sensed had a name. Autism. Since those early days, we've navigated this world holding tightly to a roadmap we never could have imagined. I could list the doctors and therapies and interventions we've accessed. I could detail the more grisly details of all the challenges our son has faced, the times he's been sneered at, teased, baited, judged, and left out. I could describe the incredible people who have come alongside him and us, the therapists who end up feeling like family, the teachers who have worked hard to understand and accommodate his needs, who have seen his unique gifts and unlimited potential, the family members who have spelled us or given all of our sons the ready smile and unconditional love they deserve. But if you're reading this, I suspect that what you really want is to know what you can do, how you can help and not hurt, how you can talk to your kids about special needs, what a conversation with our son should look like, how you can strike a balance between supporting our family and our son while still protecting your own children and teaching them to self-advocate. 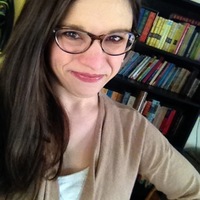 Sarah Torna Roberts is a writer who lives in California with her husband and four sons. She spends her days shuttling kiddos and writing in her minivan, on the bathroom floor, at the kitchen counter. She snacks at 2 AM with great regularity, is highly suspicious of anyone who doesn’t love baseball (Go Giants!), and would happily live in a tent by the sea.

I was just a little girl when the first seeds of my real family dream were planted. The oldest of... Read More