What makes an Indie?

When 12 Years a Slave won the 2013 Film Independent Spirit Award for Best Feature film, many people were scratching their heads. The question on moviegoers' minds was how a movie with a large budget and a star like Brad Pitt could be considered an "independent" movie. Since the movie was distributed by Fox Searchlight, which is considered an indie studio, the film has been labeled as such. Dallas Buyers Club, also a big winner at the Independent Spirit Awards, was distributed by Focus Features, another indie "powerhouse".

In the past, a movie was considered an indie if it was written, directed, produced, and distributed independent of larger companies. The result was usually an overabundance of critically acclaimed movies that nobody saw. However, the game changed at the end of the twentieth century, with the release of The Blair Witch Project. The realistic horror movie reportedly only cost $25,000 to make. It surprised everyone when it ended up grossing nearly $250 million with the help of independent distributor Artisan Entertainment. Suddenly, indies were profitable, and larger studios wanted in on the action.

According to Film Independent, which sponsors the Independent Spirit awards, several factors determine whether a movie or studio can be considered independent. Film Independent also specifies eligibility for the awards, and both Dallas Buyers Club and 12 Years a Slave fit the criteria.

For one, both movies had completed costs of less than $20 million, which is one of the rules for eligibility for the Independent Spirit award. All nominees must be American productions. They must also have been shown either in a commercial theater during the calendar year, or at one of six independent film festivals.

A commercial studio film can be considered an indie if the subject matter shows a "uniqueness of vision". Those "unique" movies are often distributed by the independent branches of the bigger studios, such as Fox Searchlight. They also don't make the studio much profit.

However, 12 Years a Slave won the Best Picture Academy Award. The male leads in Dallas Buyers Club, Jared Leto and Matthew McConaughey, both also won Oscars. After the DVD release of 12 Years a Slave, Fox Searchlight re-released the movie in theaters because of its success. The earnings from the traditional avenues will be added to independent movie streaming online and on demand orders through cable and satellite companies. The meaning of "indie" has clearly changed. 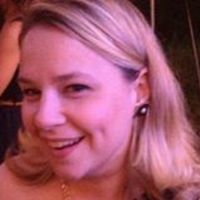 A former journalist, Michelle is a high school English teacher with more than 20 years professional writing experience. Although she is skilled at writing about most topics, her expertise is in entertainment (especially popular music) and education writing.

Tips to survive as a teacher