We’ve Decoded the Language of Life. Now, Let’s Start Writing in it!

From smart phones to commercial space exploration, in the last few decades alone, feats of engineering have made our world utterly unrecognisable. Happily, biological research has matched the pace of these technological innovations with similarly transformative discoveries. Since the first recorded use of recombinant DNA technology and the emergence of genomic sequencing, the last half-century has seen us successfully clone an adult mammal for the first time (Dolly the Sheep) and induce pluripotency in fully mature cells to produce stem cells. These innovations in both engineering and biology, however, could feasibly pale in comparison to what might be possible when biological processes are viewed through the lens of engineering. The field of synthetic biology, still in its infancy, offers us the opportunity to propel biological research into previously unchartered waters and begin to tackle some of humanities most pressing concerns.

It's commonly understood that nucleic acids provide the blueprint from which all life on earth is derived. However, what's less well-known is that the connectivity and modularity of genetic information bears a striking resemblance to the components that commonly make up electrical circuits. The principle focus of synthetic biology is to take advantage of these similarities through the generation, characterisation and assembly of discrete, interchangeable biomolecular parts and systems, guided by core principles borrowed from engineering; modularisation, rationalisation and modelling. In fact, it's been shown that many common electrical components have clear analogues in nature, designed and refined over millions of years of evolutionary pressure. Through the imaginative tinkering and rewiring of these genetic regulatory circuits, synthetic biologists have begun creating and validating functional biological modules (or bioparts). These bioparts can then be used as the building blocks from which highly complex genetic circuitry, such as biomolecular Boolean logic gates or tuneable intracellular oscillators, can be constructed. Our recent advances in the fields of genomics and molecular biology have shed some much-needed light on the complex network of molecular pathways that underpin biology. Armed with this information, we can now begin tapping into the remarkable potential of this biological circuitry and, for the first time, manipulate these circuits for our own gain.

From Smart Probiotics to Programming Plants

Despite its relative youth, synthetic biology has already proven its utility in a wide array of applications, ranging from biofuel production to bacterial computing. It's even galvanised pockets of the general public to actively engage with biotechnology through the "Do-it-yourself biology" (DIYbio) movement. In keeping with the collaborative ethos of synthetic biology, the global efforts of biologists, engineers and mathematicians have culminated in a collection of well-characterised, functional bioparts, found within the Registry of Standard Biological Parts. To ensure that the language of synthetic biology is standardised, several open-source tools have been developed 8, such as GenoCAD™ (a name that nods to synthetic biology's engineering roots by referencing computer-aided design (CAD) software, commonly used in engineering to design circuitry) streamlines genetic circuitry design, with a catalogue of components (including promoter regions, coding sequencing and terminators) that aid in the design of gene circuits. De novo synthesis can then be used to create genetic fragments known as synthons (usually up to 1.5 Kb) with overlapping homologous sequences that can easily be stitched together to produce larger constructs. These can then be cloned into an expression vector and transformed into your cell, or "chassis", of choice9.

The ease and versatility of this approach has meant that researchers from all corners of the life sciences are exploring how they can incorporate synthetic biology into their own research. One high-profile example of this is the Semi-synthetic Artemisinin Project. The biosynthesis of artemisinin, a potent antimalarial drug, cannot currently be reproduced in sufficient quantities through standard organic chemistry. This vital drug could be made cheaper and more readily available through engineering microorganisms to produce artemisinic acid, a late-stage precursor of artemisinin10. In this project, two genes from Artemisia annua (the plant that acts as our only natural source of artemisinin) were engineered into yeast cells; the amophadiene synthase gene (ADS) and a novel cytochrome P450 gene. The action of these genes, when combined with a third synthon (a high-yield version of the farnesyl pyrophosphate (FPP) biosynthetic pathway), convert FFP to artemisinic acid, which, once purified, can then be readily converted to artemisinin. Another therapeutic application of engineered biological chassis could be the triggered-release of therapeutic compounds. Researchers are making attempts to engineer a new class of therapeutic probiotics through rewiring the genetic circuitry of common gut commensals to being tackling everything from mood disorders to obesity. Dr Richard Kelwick, a synthetic biologist from Imperial College, suggests, however, that synthetic biology's greatest legacy of all could be the extent to which its central tenants will influence biological research for years to come:

Synthetic biology will eventually become the way we do biotechnology. It will have gifted protocols, models and systematic design frame-works (e.g. the design-build test cycle) for absorption into the biotechnology community and therefore become the new normal for biotechnology.

A distinct advantage of synthetic biology over classical recombinant DNA technology is the speed and price of commercially available constructs produced through de novo chemical synthesis, circumventing the endless cloning steps that marred genetic engineering of the past. IDT's gBlocks™ Gene Fragments, for instance, use the well-characterised Gibson Assembly™ method to assemble multiple gene fragments in a simple, single-step reaction. For the sake of brevity, we've only discussed synthetic biology at the transcriptional level here, but everything from RNA to entire signalling pathways are all potential bioparts. With even synthetically produced "glowing" potted plants now commercially available, I think it's safe to say that we're firmly in The Synthetic Era, and I, for one, cannot wait to see the results! 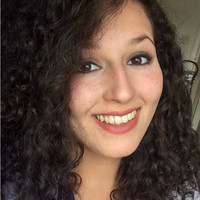 Well hello there! I'm a 26 year old Briton with an enduring passion for the written word. I'm a scientist by trade and while I love scientific writing, I'm keen to get my teeth stuck into pretty much any topic. Some of my main interests include food, travel, politics, current affairs, literature and music. I enjoy writing in a more colloquial, verging-on-comical fashion, but I have plenty of technical writing experience. Either way, when I'm behind a keyboard, I'm in my element!